The Toyota Vellfire MPV will come to India as a completely built unit (CBU) and with a premium price tag. Upon launch it will rival the Mercedes-Benz V-Class. 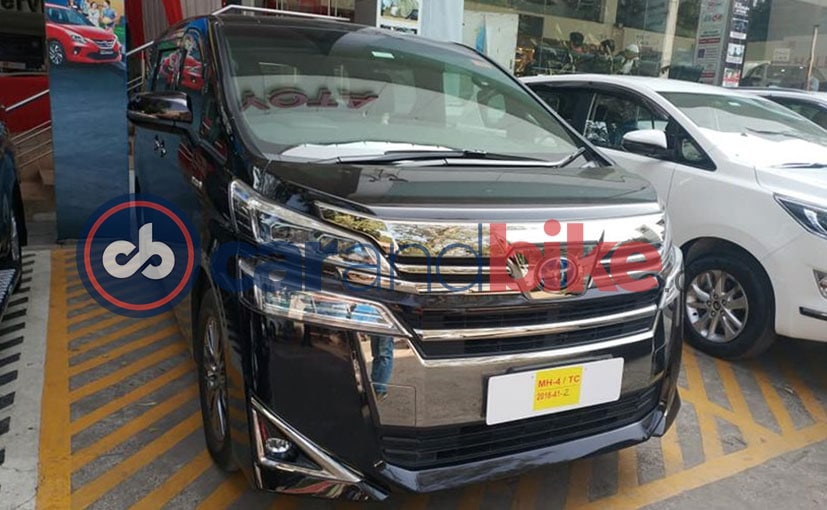 View Photos
The Toyota Vellfire MPV was spotted at a dealership, and is expected to launch soon

Images of the upcoming Toyota Vellfire luxury MPV have surfaced online, and this time around the car was spotted at a dealership in Thane, Maharashtra. Set to rival the Mercedes-Benz V-Class, the Vellfire has been spotted in India on several occasions, and we also knew the MPV will be introduced soon, however, the fact that it has started reaching dealerships could mean the official launch is closer than we expected. Here we can see the Toyota Vellfire with a temporary registration number, however, currently, there is no confirmation whether it's for a customer or not.

The Toyota Vellfire will come to India as a completely built unit (CBU), which means it will get a premium price tag, close to ₹ 80 lakh to ₹ 90 lakh (ex-showroom), which puts it at par with V-Class in terms of pricing. 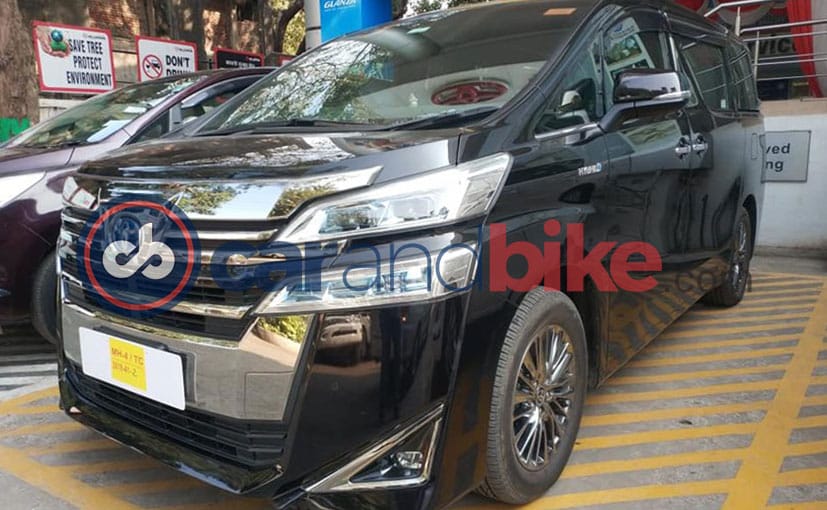 Visually, the MPV comes with a premium look accentuated by the chrome-heavy face with the sharp twin LED headlamp setup, along with a large front bumper featuring angular foglamps. The exterior features sharp character lines along with flared wheel arches, stylish alloy wheels, and electrically sliding doors. At the rear, the MPV comes with a flat design featuring large roof-mounted spoilers, with sharp clear glass taillamps that are connected by a heavy chrome slat with the Toyota logo at the centre, with blue accents to signify its hybrid nature. The Vellfire also gets beefy bumper with vertical reflectors on either end. The Toyota Vellfire shares its underpinnings with the Toyota Alphard and comes with large, boxy proportions of a full-size MPV. 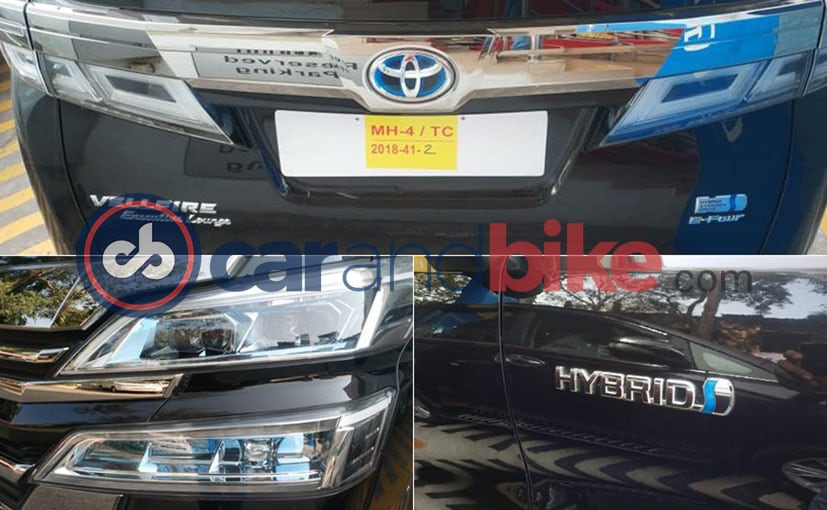 While we do not get to see the cabin in these photos, based on some earlier spy photos, we know that the MPV will come with a spacious and luxuriously appointed interior. Like the Innova Crysta, the Vellfire will also make heavy use of wooden inlays for the dashboard, door panels and steering wheel. While the cabin will be customisable, the standard option is likely to include beige interior with faux leather upholstery, a touchscreen infotainment system with Apple CarPlay and Android Auto, automatic climate control and more. It will also come with an 'Executive Lounge' package that offers dual captain seats for the second and third-row that can be rotated for flexible seating configuration.

The India-bound Toyota Vellfire is expected to be powered by a 2.5-litre petrol-hybrid engine. The hybrid motor is tuned to churn out 178 bhp and develop 235 Nm of peak torque, while paired with an e-CVT unit. Power is sent to the rear wheels and there could be an AWD version too.