The National Highway Traffic Safety Administration (NHTSA) said operation of the battery-powered buses in 10 U.S. states would be suspended pending an examination of "safety issues related to both vehicle technology and operations." 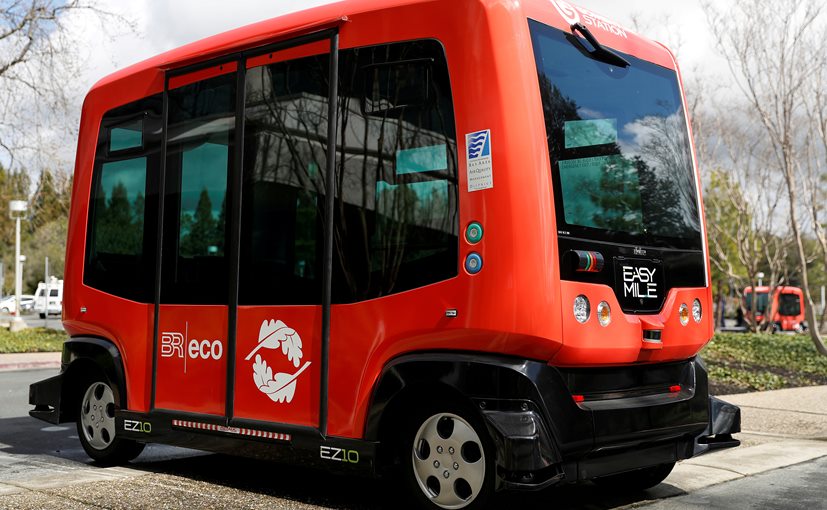 U.S. vehicle safety regulators on Tuesday said they had ordered a suspension of passenger operations for 16 autonomous shuttles operated by France-based EasyMile after a passenger was injured in an unexplained braking incident.

The National Highway Traffic Safety Administration (NHTSA) said operation of the battery-powered buses in 10 U.S. states would be suspended pending an examination of "safety issues related to both vehicle technology and operations."

EasyMile said the suspension followed an incident in which a passenger fell from a seat in Columbus, Ohio last week while the shuttle was driving 7 miles per hour (11 kmph) "and made an emergency stop as it is programmed to do for safety."

The company said the vehicles were still allowed on U.S. roads, but cannot carry passengers, while the NHTSA is performing its review. That was "a clear indication it considers them safe for other road users," the company said, adding it was "running test loops on the ground for further analysis."

EasyMile said the deployment in Columbus that started earlier this month was the first public self-driving shuttle in a residential area. Two EasyMile shuttles had been servicing a 2.9-mile (4.7 km) route at speeds of up to 25 miles per hour (40 kmph), the company said. EasyMile said a human operator rides aboard each vehicle with access to driving controls at all times.

In July, several news outlets in Utah reported a 76-year-old was injured and required medical assistance when the EasyMile shuttle he was in came to an abrupt stop.

A Utah official told the Deseret News the maximum speed was reduced after the incident and the company told media outlets it added signs to warn riders the vehicles make sudden stops. The company told the newspaper the passenger shuttle in Utah "stopped abruptly in response to a detected obstacle, as it is programmed to do."

Earlier this month, the city of Gainesville, Florida, began using an EasyMile driverless shuttle in the city's downtown area.

Privately-held EasyMile has shuttles in use around the world.