The Volkswagen Tiguan All-Space will be petrol-only so the model will be powered by a turbocharged 2-litre TSI engine. View Photos
The Volkswagen Tiguan All-Space will be petrol-only model.

Volkswagen India announced last year that it will start its product offense from 2020 and it will become a brand that will bring out more SUVs. We in fact gave you exclusive details about the entire SUV portfolio that will be making its way to India. The Tiguan AllSpace then kick starts the company's SUV plan for the country. Volkswagen India today launched the Tiguan AllSpace SUV in the country priced at ₹ 33.12 lakh (ex-showroom, India). The car is positioned above the 5-seater Tiguan SUV. The Tiguan Allspace will be offered with 7 seats as standard which will see it compete with the likes of the Honda CR-V, Toyota Fortuner, Ford Endeavour and even the Mahindra Alturas G4. 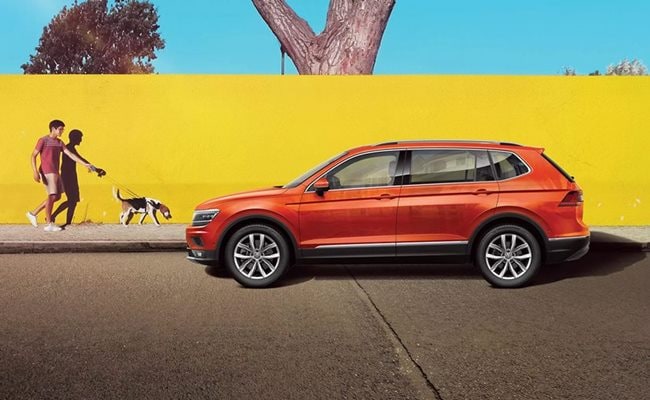 The Volkswagen Tiguan AllSpace is a seven-seater SUV, positioned above the five-seater Tiguan.

The Volkswagen Tiguan All-Space will be petrol-only so the model will be powered by a turbocharged 2-litre TSI engine offering a meaty power output of 187 bhp, and it comes mated to a 7-speed DSG automatic transmission as standard. Volkswagen is also providing the 4-Wheel drive option for the SUV. 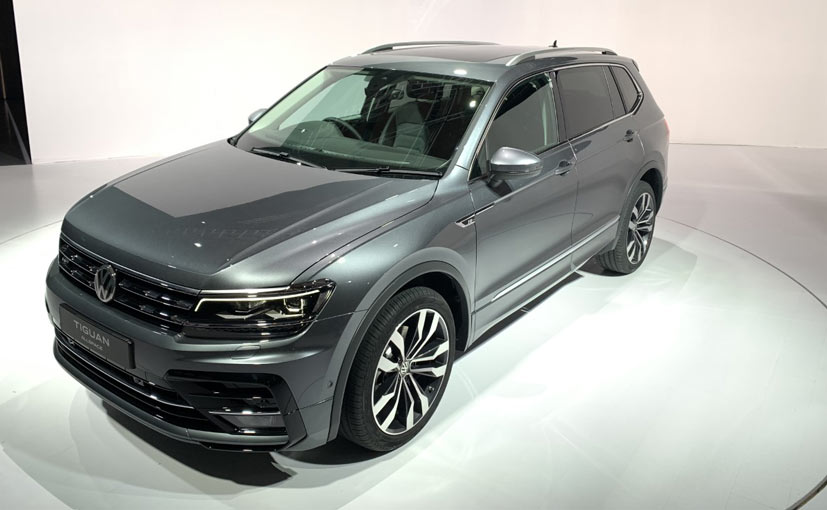 The Volkswagen Tiguan AllSpace gets a 2.0-litre TSI petrol engine under its hood.

Visually, the Volkswagen Tiguan Allspace comes with the same design and styling cues as the 5-seater model, albeit the former gets a slightly longer and redesigned rear section. The changes include a slightly bigger rear spoiler in a glossy black shade instead of the body-coloured one on the Tiguan and a revised rear bumper with more glossy black treatment for the underbody cladding and horizontal dual exhaust ports. The SUV also comes with a sportier front bumper and a tweaked grille and new LED headlamps up front, along with a set of new dual-tone 17-inch wheels. 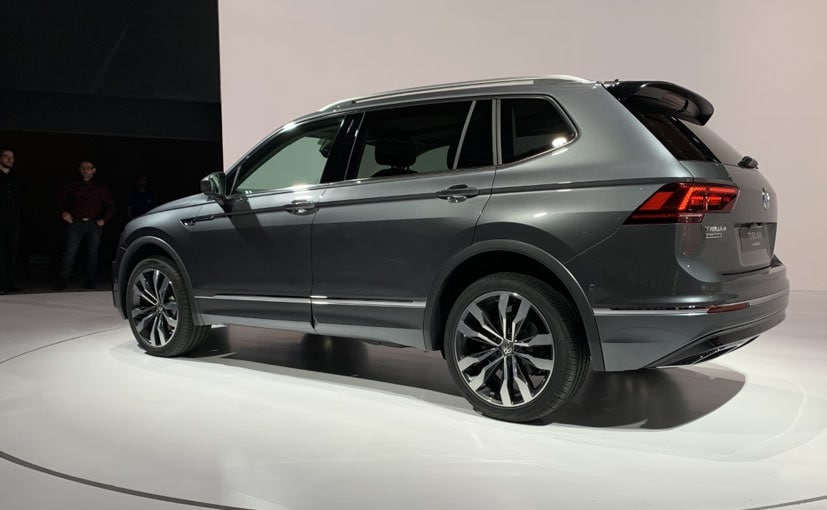 The cabin is a spacious one and elegantly designed as well. It gets a panoramic sunroof which adds to the sense of space inside the cabin. The sleek and innovative Active Info Display lets you access important information at a mere glance. The Tiguan AllSpace gets keyless entry as well and the Vienna leather seats add to the comfort levels. The Tiguan AllSpace also comes with 3-Zone Climatronic AC which lets the driver, front and rear passengers choose the temperature that suits them.

Also Read: Auto Expo 2020: 5 Reasons Why VW India Should Launch the Taigun This Year Itself

On the safety front, the Tiguan AllSpace is equipped with ABS with EBD, ESP, 7 airbags, tyre monitoring system, reverse parking camera; all of which are standard.