Volkswagen Tiguan Diesel To Be Discontinued From April 2020

The five-seater Volkswagen Tiguan is powered by only a 2.0-litre TDI diesel engine that will not make the transition to BS6. The standard Tiguan will be discontinued then from April 2020 with the newly-launched Tiguan AllSpace available with the BS6 petrol motor. 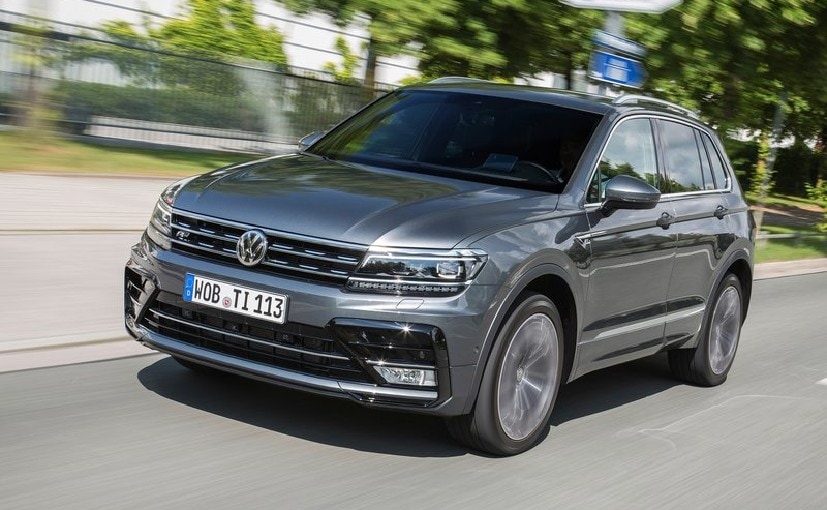 With the BS6 norms kicking in, Volkswagen India has done some major restructuring to its current lineup. While the automaker has launched the updated Polo and Vento with the 1.0-litre petrol motor, the diesel versions have been discontinued. Similarly, the German auto giant is all set to boot the Tiguan diesel from its Indian line-up by the end of this month, carandbike can confirm. The five-seater Volkswagen Tiguan diesel won't be upgraded to meet the BS6 emission norms that kick-in from April 2020.

Also Read: Volkswagen Tiguan AllSpace: All You Need To Know

The Volkswagen Tiguan was launched in India in May 2017 as a five-seater premium SUV. The model is powered by a 2.0-litre TDI diesel engine and does not get a petrol engine, even as an option. With the VW Group going petrol-only in India, the engine won't be upgraded to meet the BS6 emission norms. Although, it is likely that the company will bring a petrol version of the Tiguan, if it has strong demand for it.

Volkswagen has shifted its focus to the SUV segment starting 2020 and it launched the Tiguan AllSpace, which is the long wheelbase, seven-seater version of the SUV at a price tag of Rs 33.12 lakh (ex-showroom). The AllSpace is a more practical alternative for the Indian market and is more suited to lock horns with rivals in the segment including the Toyota Fortuner, Honda CR-V, Mahindra Alturas G4 and the likes. The Tiguan Allspace's introductory price makes it just ₹ xx lakh expensive than the top-end Tiguan 5-seater and that's one reason why the company can expect the demand for this 7-seater to surge.

The Volkswagen Tiguan AllSpace is a petrol-only offering and comes with the 2-litre turbocharged TSI motor that develops 187 bhp. The model is offered only with the 7-speed DSG automatic transmission and is fully loaded on the feature front with All-Wheel Drive as standard. Nevertheless, the void of a five-seater SUV from Volkswagen will be soon filled by the T-Roc compact SUV that is slated to be launched on March 18, 2020. Like the Tiguan AllSpace, the T-Roc is being brought to India as a Completely Built Unit (CBU) and will be priced around the ₹ 20 lakh (ex-showroom) mark. The SUV will be sold in a single-variant with power coming from the 1.5-litre TSI turbo petrol engine that belts out 148 bhp. The new T-Roc will take on the Jeep Compass, MG Hector, Tata Harrier and the likes, and will be sold in a fully-loaded single variant.