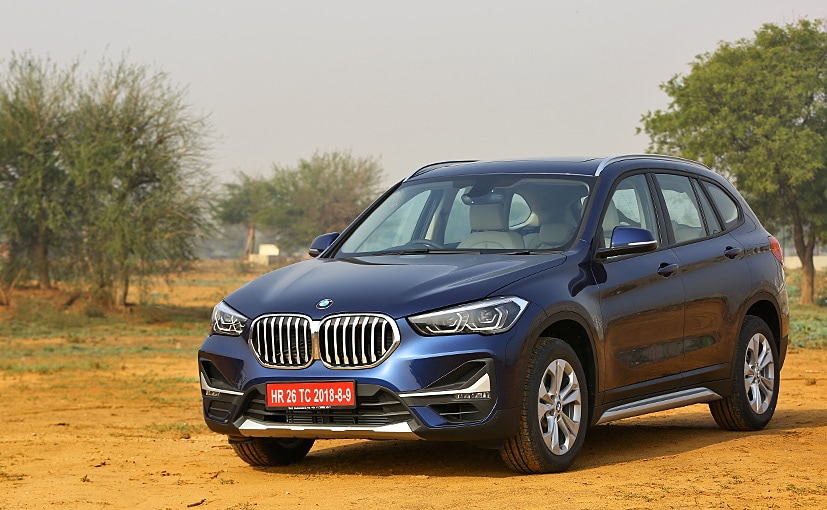 The BMW X1 has been an important model for BMW India in terms of sales and reach. It is the stepping stone to BMW's SUV range in India and currently is in its second generation. In a bid to keep the interest alive and to fend off competition from the likes of the Volvo XC40, Audi Q3 and even the soon-to-be-launched 2nd generation Mercedes-Benz GLA, the X1 SUV receives mild updates for 2020 along with the 2.0-litre petrol and diesel engines becoming BS6 compliant. 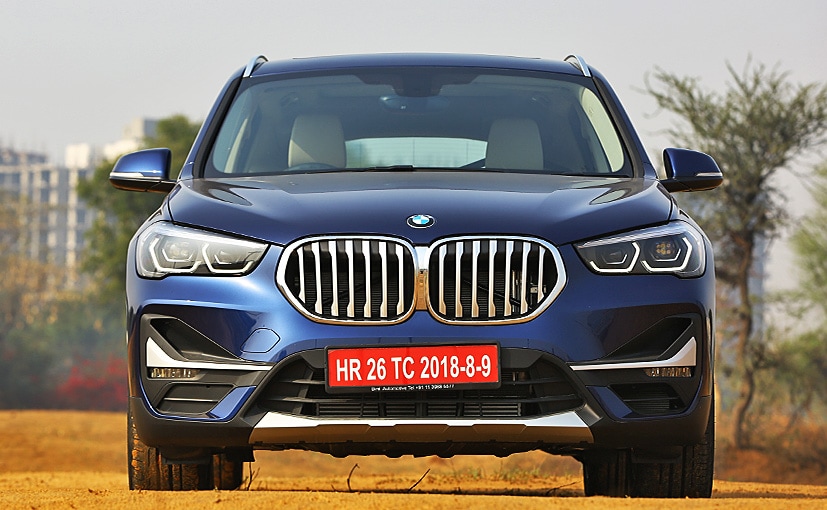 This is still the second generation model. It is not a generation change, but it gets a fair few updates. And the biggest update, cosmetically, is to the front end. The size of the kidney grilles, it has changed. It's become bigger and there's more chrome in there which is kind of in your face, not so much, but just about right. The front bumper is completely new too. There is more muscle in the SUV's appearance the stance is a touch more aggressive. 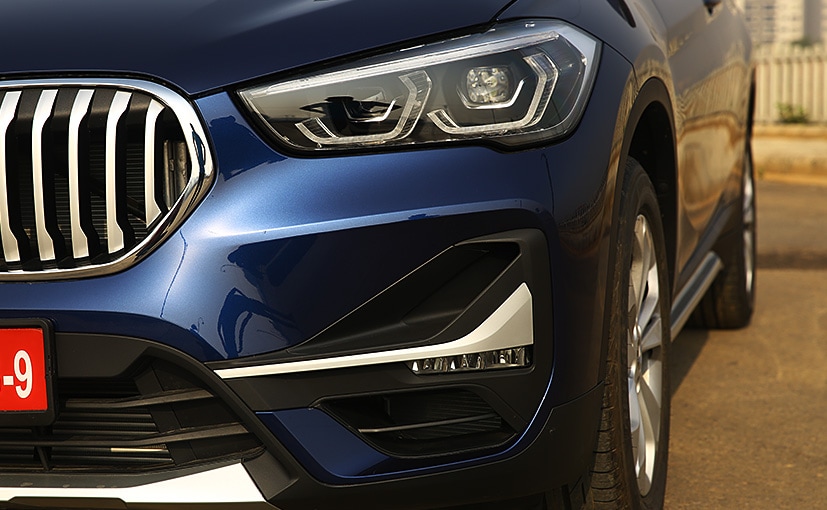 (The headlamp and the fog lamp housing on the new X1 is new. The LEDs get a new design as well)

We like it! The headlamp cluster, it's been completely redesigned as well. The mount stays the same but the internals, it is completely new. The brackets for the LED projector lamps, they are new as well and the DRLs, they are now angular and not roundish! Overall, the front end looks much better now and the tail-lamps at the rear, they get a slight change, a slight tweak. That's about it as far as the changes to the exterior are concerned. Yes! The facelift is rather mild. And the story stays the same in terms of engine and powertrain too. 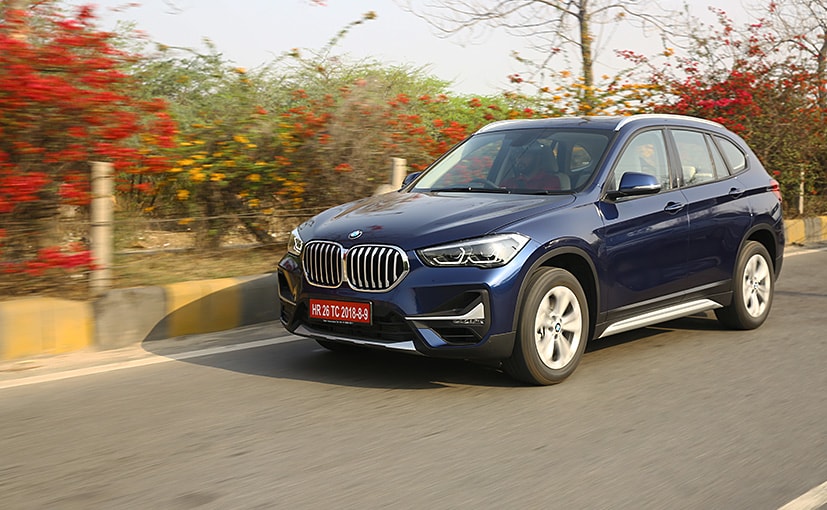 The BMW X1 facelift continues to get the same 2.0-litre petrol and diesel engines. Of course, they are BS6 compliant now and the one we are driving, this model, it has the petrol engine. The power output, it also stays the same, more or less and as far as refinement levels are concerned, this feels a touch more refined because of the BS6 compliance. The 2.0-litre twin-turbo petrol motor makes 190 bhp at 5,000 rpm and has a peak torque output of 280 Nm coming in between 1,350 - 2,600 rpm. The engine is paired to a 7-speed automatic unit, which offers crisp shifts and is smooth too. 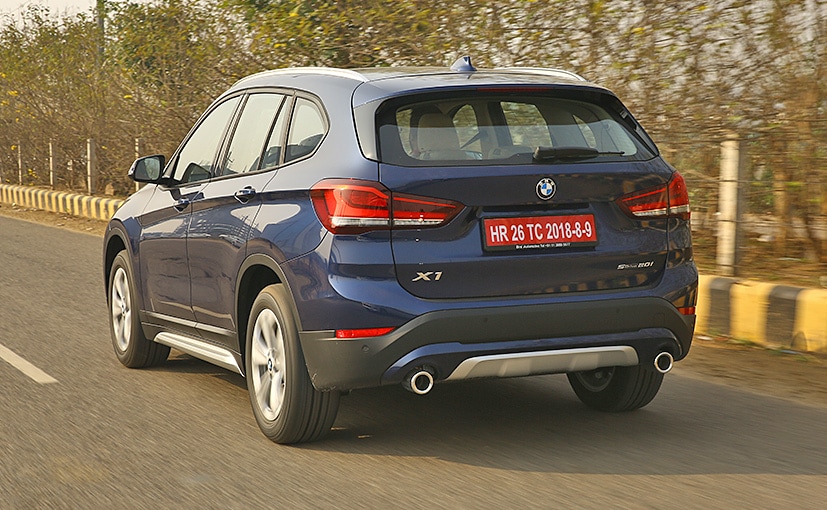 The engine pulls cleanly at lower revs too but it feels happiest between 3,000 - 4,000 rpm. It continues to be a good vehicle for pottering about in town and continues to be the best handling machine in its segment. The steering retains its responsiveness and in this age of electric power steering, the X1 still is weighted nicely and offers good feedback. After all, it is a BMW and is a driver's car. We also noticed is that the car, it gets a slightly plusher ride quality compared to the BS4 model. 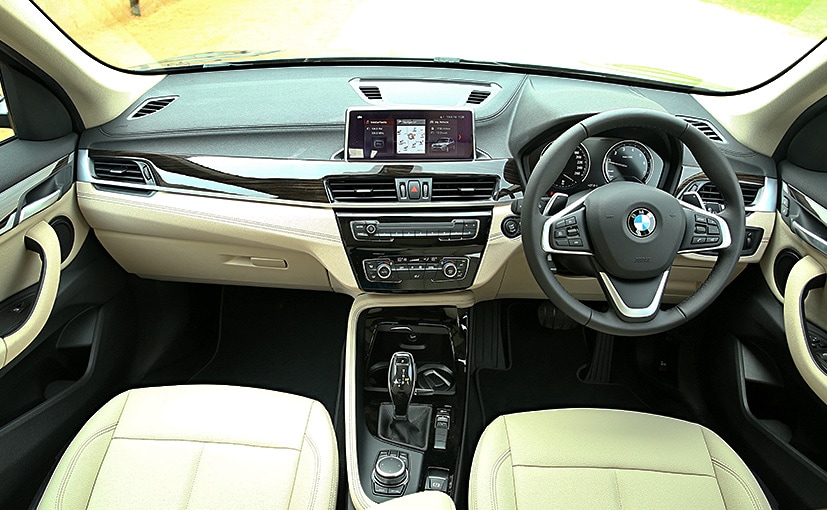 (The interior design stays the same on the X1 facelift)

So the overall design and the layout of the cabin of the X1 facelift, it stays the same, the feel, the fit & finish, it stays the same. But for two big changes! The first one is the new 8.8-inch touchscreen iDrive infotainment system and it feels much more premium and it offers you a lot more in terms of connectivity. You can pair your apple phone with the car. 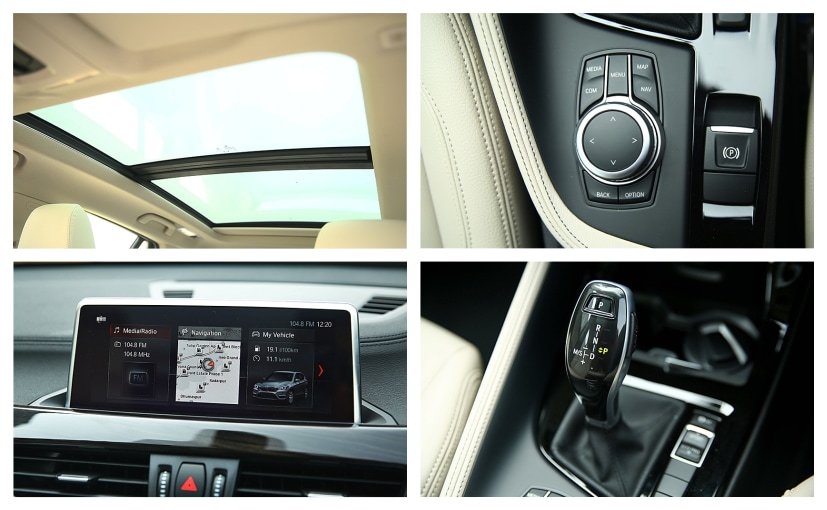 (The 8.8-inch iDrive infotainment system and the sunroof are the new feature additions on the BMW X1 Facelift)

The unit doesn't get Android Auto, it only gets Apple CarPlay. And the second big change is the panoramic sunroof! So, in case you want some more light inside the cabin. Or if you want to feel the wind in your hair, that is the way to go! The X1 is still the most spacious car in its segment in terms of dimensions. 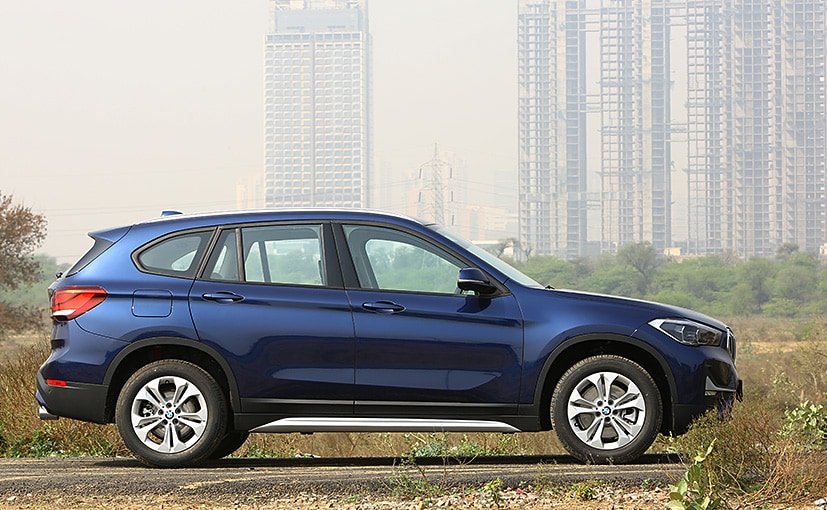 The BMW X1 facelift gets incremental changes to the design and now gets the iDrive infotainment system along with BS6 compliant petrol and diesel engines. The X1 is still the most spacious SUV in its segment and with the addition of BMW's iDrive system and a sunroof, it comes quite close to the Volvo XC40 in terms of being a feature laden premium compact SUV. And the fact that it continues to be the most entertaining car to drive in its segment means that the desirability quotient does go up by a few notches, in typical BMW fashion!