The fastest and most powerful car from Affalterbach resident AMG is the all-new Mercedes-AMG 63 S 4MATIC+. The sports tourer takes the Porsche Panamera head-on and also has some Nordschleife credentials to boast. We have the exclusive on both the car and the news that it is coming to India soon. 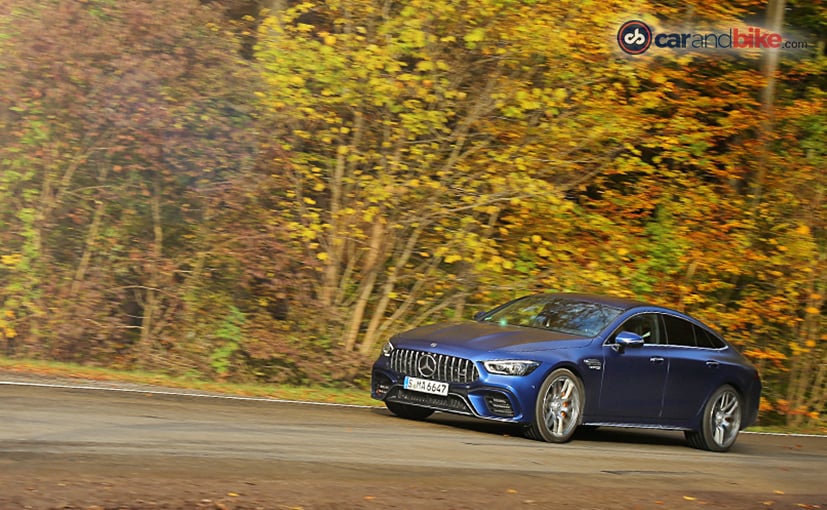 The Mercedes-AMG 63 S is the fastest production 4-door sedan on the planet. Yes - let that sink in. How fast you ask? 0-100 kmph in 3.2 seconds. Top speed in excess of 300 kmph. It even holds the record for the category at the hallowed Nurburgring at 7 minutes 30.11 seconds. And yes it is also the fastest AMG model today. And I am happy to tell you it is coming to India. Yes, sit back and strap on those seat belts folks. It's too late to grab the popcorn. And that is because this exclusive review is red hot. And well given the colour on my test car - also very very cool! The Mercedes-AMG GT 4-door is a stunner. It made its world debut at the Geneva Motor Show in 2019. The car is available with a 6 or 8 cylinder engine - each of which gets two states of tune. The car with me is that record-setting GT 63 S 4MATIC+. And I am weak at the knees at that heart-stopping designo Brilliant Blue Magno matte paintwork. 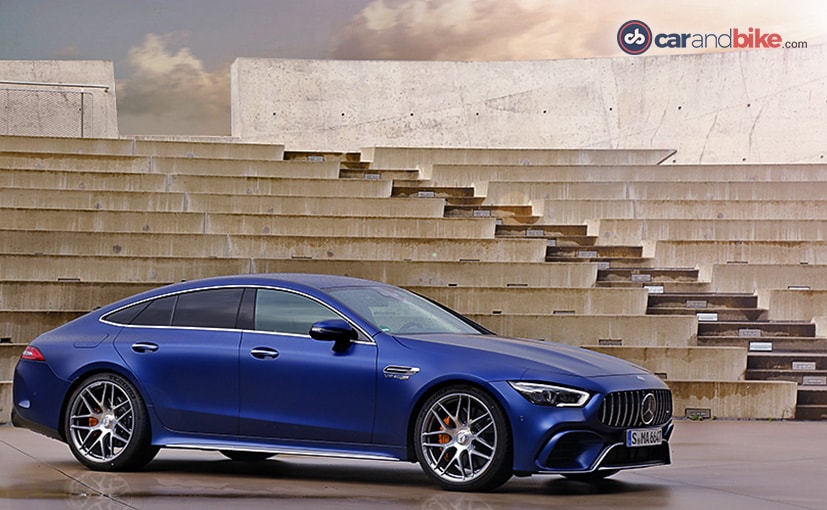 The looks scream performance - because in the face it is very much an AMG model, and also rather obviously part of the GT family. The badging on the fender on this variant tells you that it is the range-topping bi-turbo V8 variant. The wheels on this car are nice and blingy - but that is all customisable under the design catalogue that AMG buyers get to choose from. That does apply to this special paint shade too, naturally! The car is nice and long and implies not just space but also the swooping gorgeous curvature of the roofline. The car is pretty - especially at the rear - with beautifully executed slim taillights and the integrated pop-up spoiler. The hatch can be opened and shut electrically. The rear is every bit as elegant as the face is aggressive - and yet the whole design works. 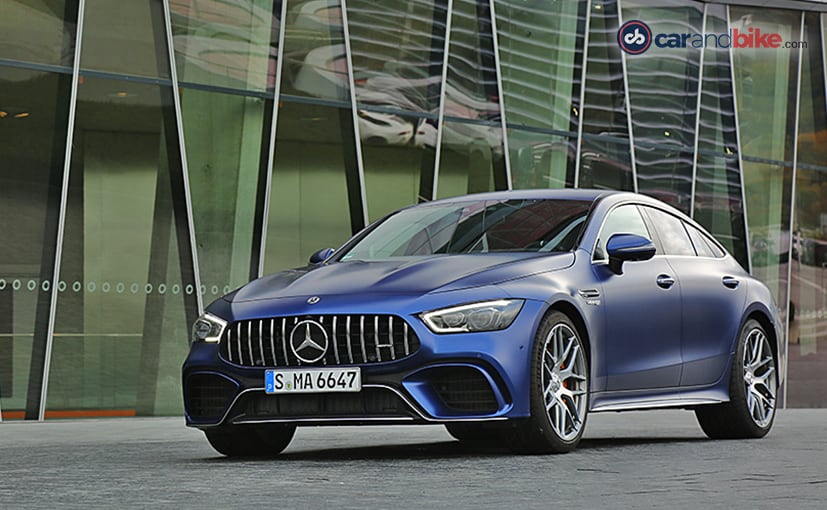 Let me also tell you first off that this is not a stretched AMG GT Coupe. Yes, it shares that model line's name, engines and looks, but not its platform. So this car is built on the MRA or modular rear architecture platform that also spawns the regular larger sized Mercedes-Benz sedans. But it has been strengthened to meet the blistering performance the car does have. So on to that performance then. 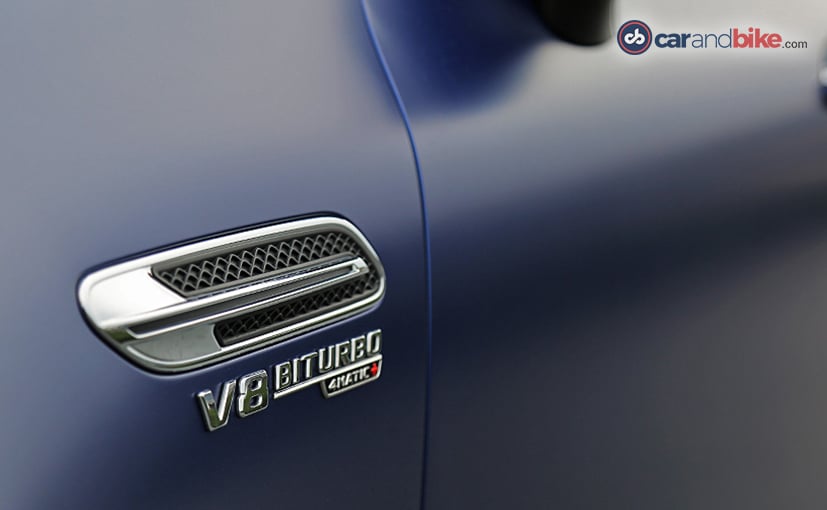 The 63 gives you 630 bhp, which is so much bigger in all its credentials than the GTR. And it also sounds beautiful! If the power output didn't make you sit up, the massive 900 Nm of torque flowing through - starting from just 2500 rpm, certainly will. The 9-Speed gearbox is the AMG Speedshift MCT 9G. It is particularly tuned for high action and sporty driving. So the changes are quick indeed. It can easily adapt to smoother changes for cruising or slower city traffic too. Complementing that is the AMG air suspension that also adapts to your driving style and keeps up with the quality of tarmac you're on. 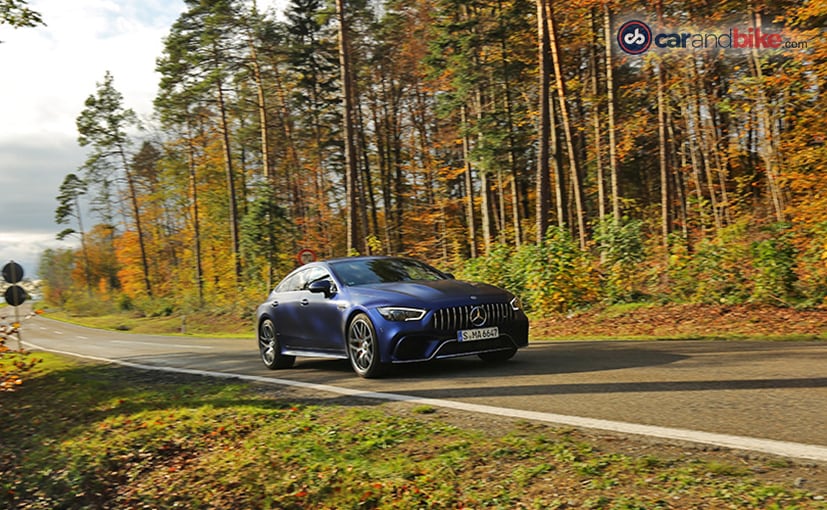 The GT 63 S has 4MATIC+ or all-wheel drive, that allows for ideal torque distribution. The car can go from being all-wheel to rear-wheel-drive very intuitively depending on the traction or overall driving needs it is facing. The 63 S also gets rear-wheel steering, which is another big reason why it handles like a shorter wheelbase car, despite its ample proportions. Handling is further enhanced by the use of dynamic mounts for the engine. And while it's great to have all those track-focused settings (there will no doubt be some owners taking their GT 63 S to the track), it is the touring characteristic of the car that also impresses. So the idea for AMG engineers was to make your driving not just fantastic on a dynamic scale but also really comfortable and pleasurable. I can totally see myself going very long distances in this car without a sense of fatigue - and yet have that thrill and acceleration of an absolute sports car staying with me right through that journey.

And that brings me to the obvious point - the only reason Daimler even made this car despite already having the CLS 53 and E 63 S in its lineup - is that yes, Mercedes needed a Porsche Panamera rival. And that is why besides being a 4 or 5 seater and a 4-door, it had to be swanky, and bloody good to drive. And yeah - don't ask - with many Panameras now being sold as hybrid - the GT 4-door will certainly get an even more powerful hybrid soon enough. Or so I hear anyway. 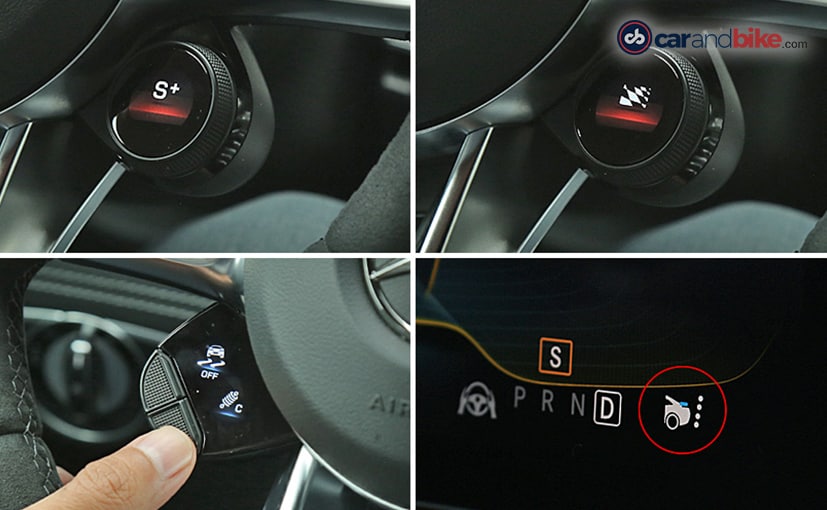 The steering has a set of TFT fronted buttons that you can customise to use as a shortcut for any two functions you most use. So upping the exhaust note, changing the suspension setting, manipulating the transmission from manual to auto, deploying the rear spoiler, and more. The round dial on the other side which lets you switch through the various drive modes is also TFT backlit, and while you rotate through the modes, hitting the screen can quickly engage Individual mode - where you could have programmed that special setting for say - rough roads, or instant acceleration - so you need not toggle, but quickly get into it if the situation demands. I do really like that, since for instance you could stay in Sport+ mode, and yet have a comfortable softer suspension setting, or the other way around - in a mere fraction of a second.

Sport is where you really want to keep this car for the most part. Well only when you are not in Sport+ that is! The German-ness of this car comes through in its precision - from the steering to the suspension setup, the acceleration to its handling. The car does what you ask of it without a flinch. And yet stays far from being just clinically good. It does it all with a sense of exhilaration and fun! 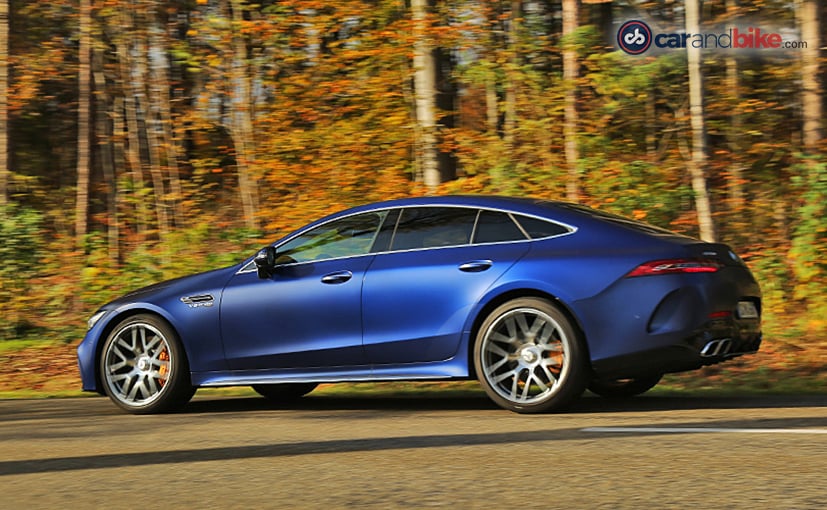 The Mercedes-AMG 63 S is a four-door, and dare we say, a family car, while also being a proper AMG

I have been driving around in rural Swabia in southern Germany - close to Stuttgart and more specifically Affalterbach (home to AMG). The province provides all the twisty little hill roads, and stretches of countryside with smooth tarmac. Essentially perfect for this car. In many ways - a lot better than being on a track, as it really allows you to stretch out the car's legs as it were. Not only have I experienced different kind of roads but also different kinds of surfaces and speed limits. And it's that sort of flexibility and capability of the car that really helps it shine through as a proper modern GT. And it's the character that I have grown to like about it. It's a 4-door, and it's also dare I say, a family car! I did manage to get a lot of driving in with AMG's top headliner. I spent two whole days with it. And lucky for me - it was a mix of weather conditions too - yes mostly very very cold conditions. It rained a few times, and so that also let me check out the Slippery mode that enhances grip and traction. The GT 63 S 4-Door also gets a Drift mode by the way! The 63 S grips beautifully, corners with panache, and its brakes and gearbox will give you a reassured feeling all the time. In Sport+ mode it gets a bit edgy, and well it can go further in Race mode for the track. But no matter how hard you drive it, or in which mode - this is one agile and performance hungry machine, that also looks pretty sick, doesn't it? 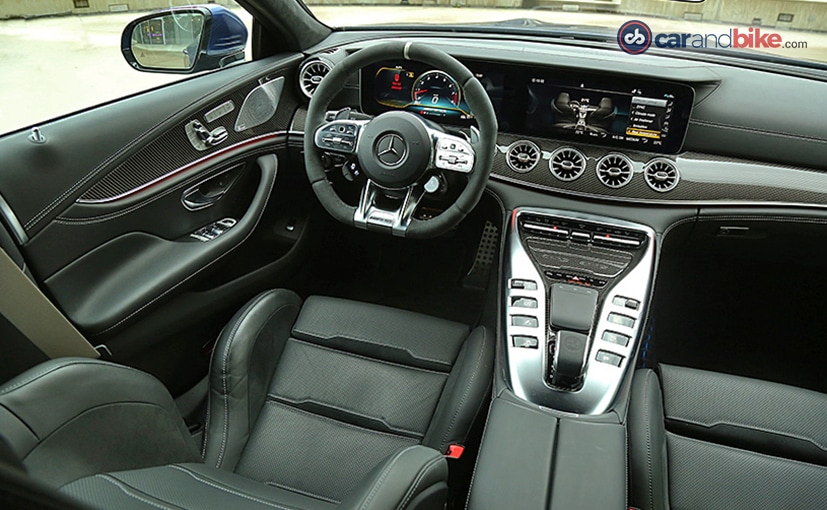 The same holds true for the cabin. My test car had the all-black nappa leather and AMG carbon fibre trim. You can customise that to quite an extent of course. But I got to say the all-black and fibre look works. The AMG Performance steering wheel is cool, but the car also gets the latest gadgets and screens, connectivity and driver aids that Mercedes has to offer. Not to forget the ambient lighting, multiple charging points and rear AC vents. Yes this is a luxury car too - and not just a sports car. That point is rather obvious here - from the second you step in. The racy edge in the trim comes from being an AMG. And I already told you about the cool customisable TFT display panel in the console between the front seats. The 4-seater layout is standard, while going with a 5-seater rear bench style configuration is also possible. The car gets the deployable spoiler as I told you already that flips up to increase stability when needed - and yes you can operate it manually too. Its sexy coup&#233; rear still packs in a generous 461 litre boot, and in the 5-seater layout car you can fold down the rear seats to extend that to 1325 litres. The hatch tailgate as you saw at the start is electrically operational too. 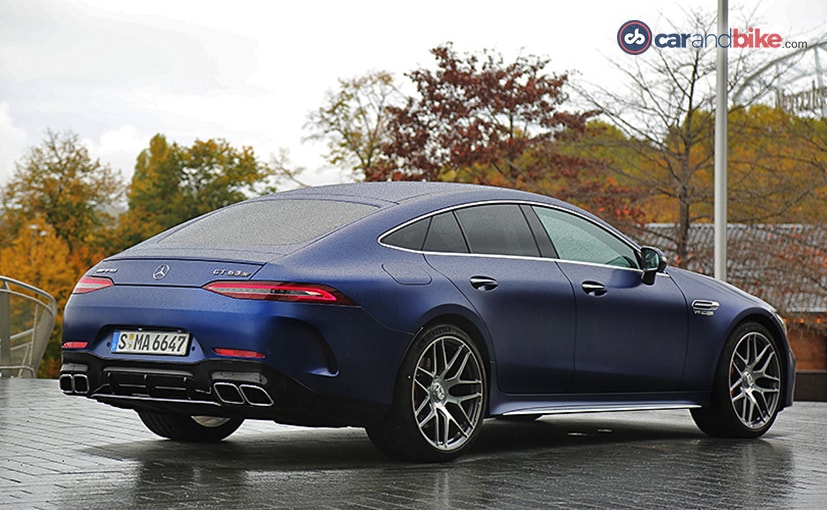 The Mercedes-AMG GT 63 S 4MATIC 4-door will be brought in limited numbers to India as a fully built import. The car arrives next month as the first new AMG offering this year, but not the only one. Pricing will ensure it's for the chosen few. It allows - dare I say - for a more practical take on the AMG GT family, and yet will offer its buyer brag-worthy performance, envy-inducing materials and craftsmanship, and of course edgy, sexy styling to die for.