The Maruti Suzuki Vitara Brezza facelift is here! We test drive the new Vitara Brezza and sample all the updates along with the new 1.5-litre petrol engine. Here's our review served fresh from the sunny and breezy locales of Goa. 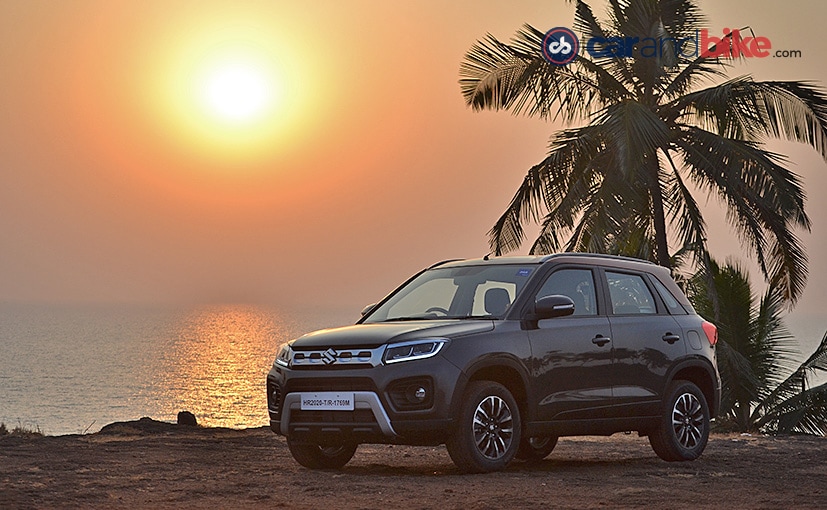 It is the best-selling SUV in India! It made waves when it was first launched at the 2016 Auto Expo. With sales crossing over 5 lakh units since 2016, the Vitara Brezza has found unparalleled success in India. But one of the biggest gripes was that the Brezza never had a petrol engine option. Until now! The new Maruti Suzuki Vitara Brezza finally gets a petrol engine, the same 1.5-litre smart hybrid unit from the Ciaz. And if you are wondering, there will not be a diesel Vitara Brezza anymore! Yes! Maruti Suzuki has decided that it will no longer have any diesel engines, come April 2020 and the simple reason behind it is that the company doesn't see any merit to convert the 1.3-litre diesel to BS6 as far as costs are concerned.

Heart Of The Matter 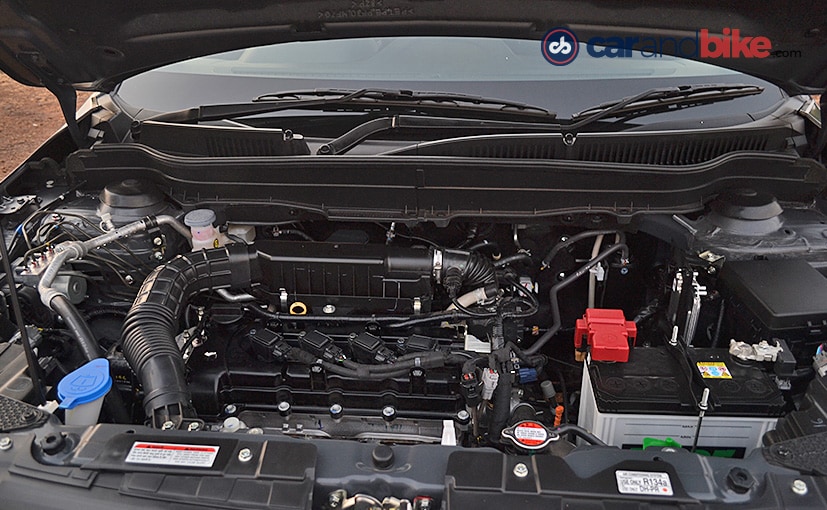 (The 1.5-litre petrol engine is the same unit from the Ertiga & the Ciaz. The AT models get smart hybrid tech while the manual versions don't)

The 1.5-litre smart hybrid petrol engine pumps out 103 bhp and 138 Nm of peak torque. Oh! And the smart hybrid is only available with the automatic variants, not the manual ones. You can choose from either a 5-speed manual or a 4-speed automatic gearbox. The fuel efficiency of the manual is 17.03 kmpl and AT (automatic with Maruti's smart hybrid) is 18.76 kmpl. (The 4-speed automatic gearbox feels sluggish on open roads. For pottering about in town, it is adequate)

So, the new petrol engine feels definitely peppier than the diesel! No doubt about that! The refinement goes up by a few notches and the sense of urgency, we quite like that in the petrol Vitara Brezza as well. The new petrol engine likes to be revved and finds its happy spot between 3,000 to 4,500 rpm. It likes to be revved hard but doesn't feel lacking at lower revs too. Our first driving stint was with the 4-speed automatic variant. Yes! It is a torque convertor and not an AMT, which is supposed to be a good thing. 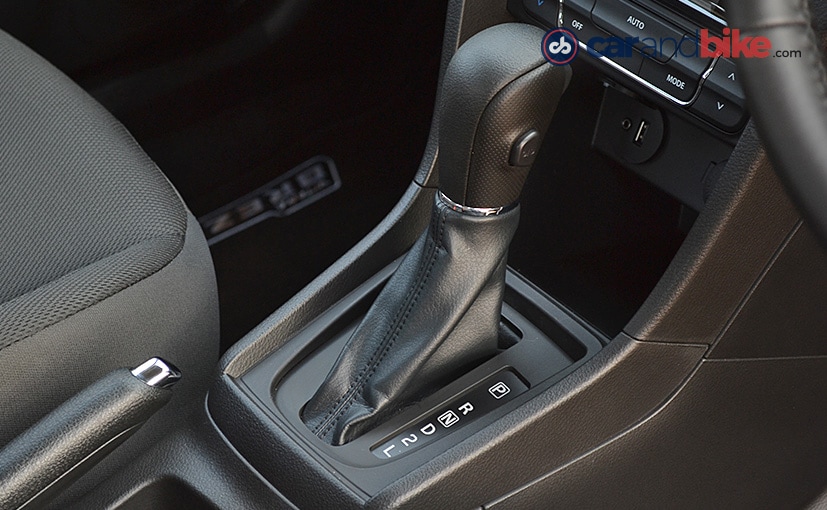 (The 4-speed torque converter is outdated now. Maruti, could you please get a new auto box in? )

Should you want to build up speed quickly in the automatic variant, you will find the gearbox holding on to the gears for a bit too long. We found it to be a bit sluggish and you will have to plan your overtaking manoeuvres well in advance. Compared to the old 4-speed automatic, we will prefer the manual variant. It is definitely much more engaging to drive and the clutch action is quite light too. The gearshifts are precise and that rubbery feeling is simply not there, which we found on the automatic variant. 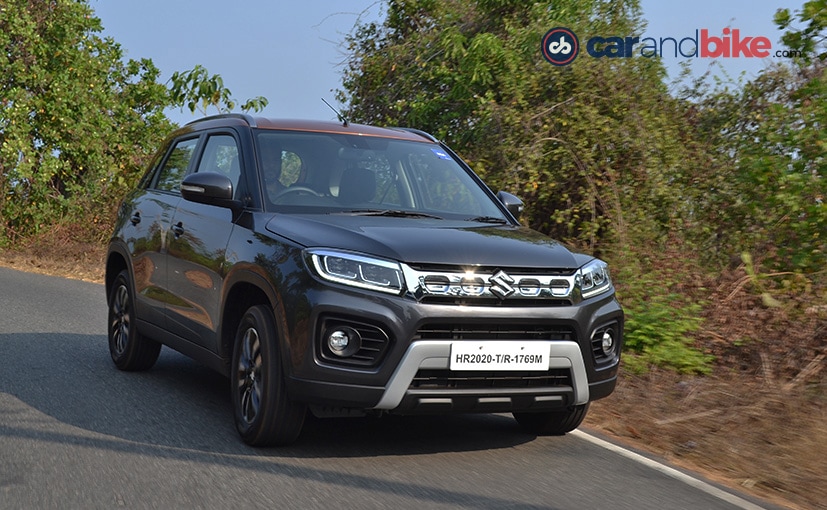 (The 1.5-litre petrol motor feels refined and seems more eager than the diesel)

The 1.5-litre engine along with the 4-speed automatic is also offered on the Ertiga and Ciaz and developing a new powertrain for an existing model may not be cost effective until and unless they are used in more models. But, there is no escaping the fact that the 4-speed automatic is quite outdated and it is definitely time for the company to move to a slicker, more engaging gearbox, like a 6-speed dual-clutch unit like Hyundai offers or maybe a setup on the lines of the DSG unit offered on the Volkswagen Polo! Although, we don't see that happening any time soon. 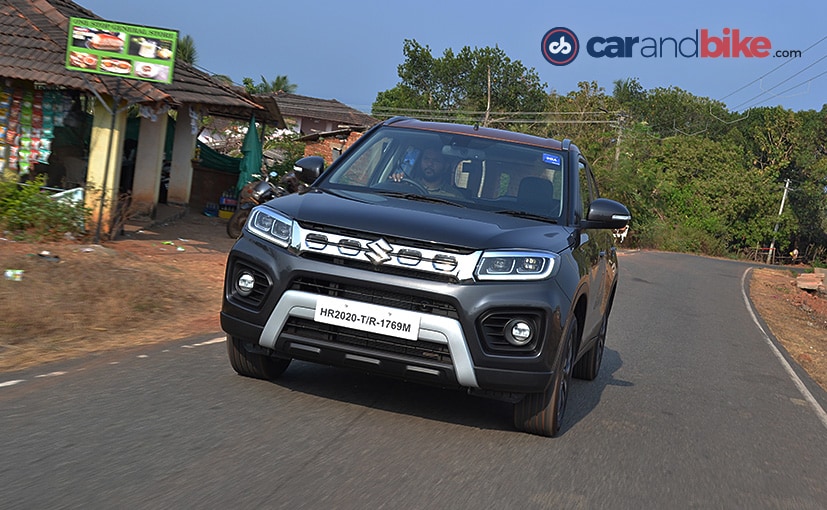 The new Vitara Brezza retains its slightly firm ride quality and that's a good thing because the car continues to offer a plush ride on smooth tarmac and doesn't crash over potholes and bumps. The car continues to be among the best-handling subcompact SUVs although, the steering feels a touch lighter now and doesn't have the responsiveness of the earlier model. 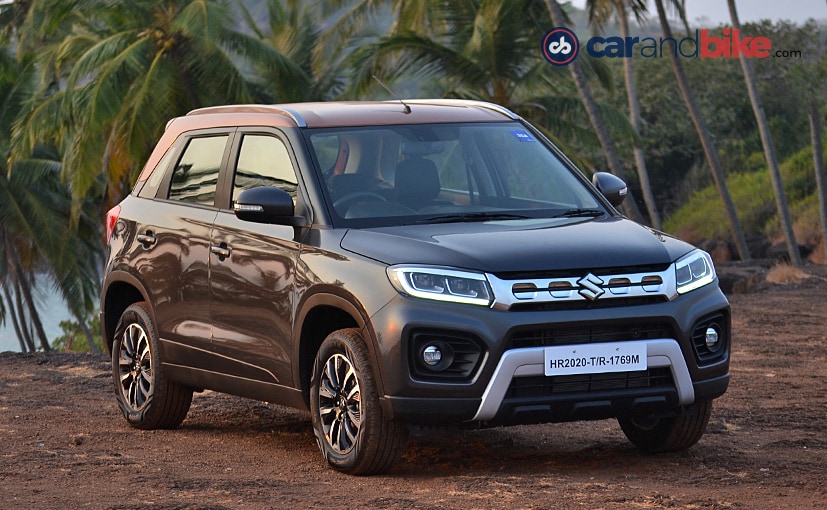 (The updates to the looks are mild but do a good job. The stance seems more rugged now)

Apart from the new engine, the new Vitara Brezza also gets a mild facelift. There is a new, bolder grille up front and a new muscular bumper too along with a faux bull-bar design and faux skid plates. The front looks a tad bolder than the outgoing model, offering a more rugged stance. (The headlamp cluster is new and now gets LED projector lamps. Also, the LED DRLs are new and double up as indicators too and the fog lamps are LED units too)

The headlamp cluster has been redesigned and with new slots for the LED projector lamps and there's a new LED DRL motif, which gives a fresh new feel to the overall look of the car. Also on offer are newly designed dual-tone alloy wheels along with a new rear bumper and redesigned tail lamps as well. (The interior has been mildly spruced up too, stays similar to the outgoing model overall)

The interior has been slightly spruced up as well. The all-black finish feels premium and you have the leather wrapped steering wheel too. But the biggest update has to be the SmartPlay Studio. It offers a bunch of connectivity and entertainment options. 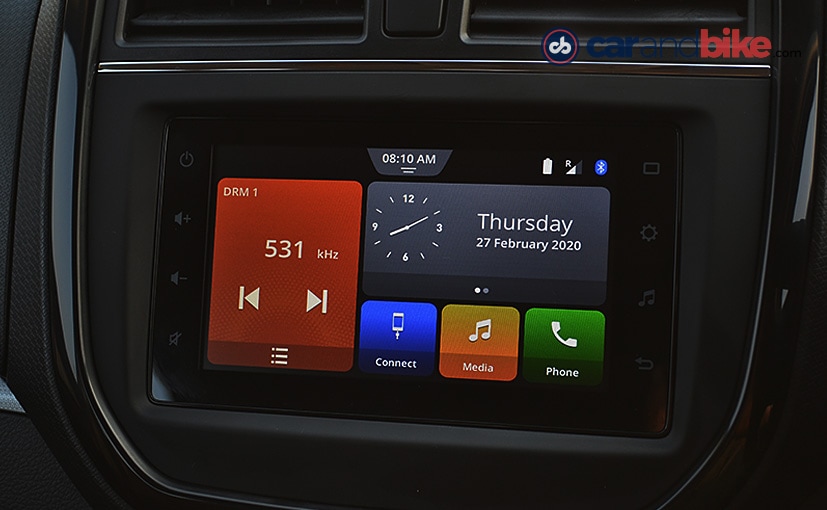 (The SmartPlay Studio is the single biggest update to the cabin of the new Brezza. It offers a better interface in terms of audio and entertainment)

You have smartphone connectivity along with the usual fanfare of USB, Bluetooth and so on. In terms of safety, the car continues to get dual airbags as standard across the range along with ABS, EBD and parking sensors! And just to freshen up your memory, the Vitara Brezza scored 4 stars in the Global NCAP Crash Tests, that doesn't change for now! 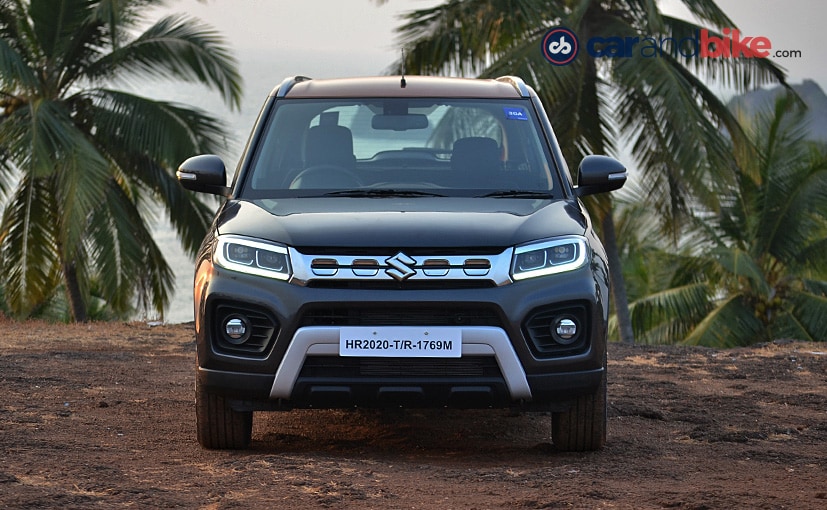 (The new Brezza is more expensive than the petrol models of the Tata Nexon & Hyundai Venue, variant-to-variant) (Our test car was dressed in 'Granite Grey with Autumn Orange sunroof'. It is a new colour on the Brezza and it looks good)

Similarly, the prices of the Tata Nexon petrol start at ₹ 6.95 lakh and go up to ₹ 11.20 lakh for the top-spec AMT model, which is again ₹ 20,000 cheaper than the top-spec Brezza. With the 1.5-litre petrol engine, the new Vitara Brezza loses out on tax sops, which are available only for petrol engines with a displacement of 1.2-litre and it ends up becoming costlier. That said, it is more affordable than the Mahindra XUV300 and the Ford EcoSport. 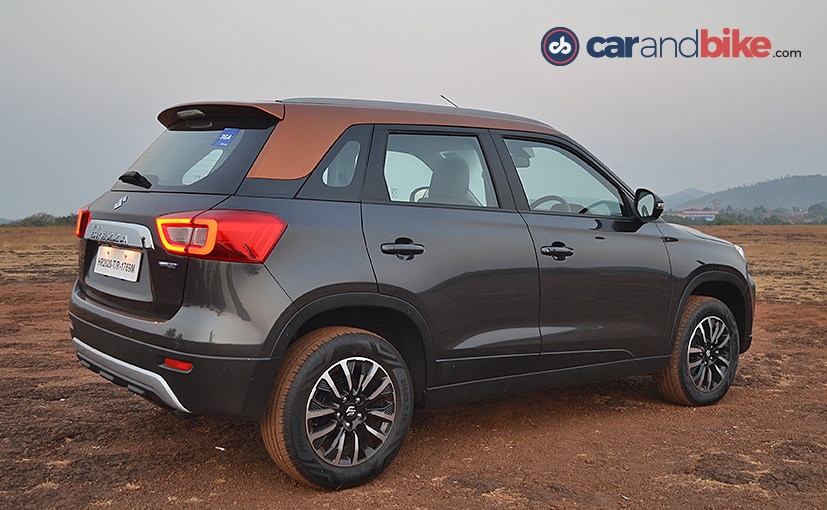 The new Brezza does feel refreshed and more energetic thanks to the new petrol motor and the mild facelift. Although, the value-for-money proposition takes a hit with the Venue and the Nexon offering more features and pricing is much more competitive than that of the new Brezza. Plus, with the Kia Sonet coming in, the Vitara Brezza facelift has its work cut out, keeping its crown as the undisputed king of the subcompact SUV segment.