The Volvo XC40 is one of the best-selling models from Volvo India thanks to its well-rounded abilities and excellent pricing. But it lacked a petrol engine! And the Volvo XC40 T4 now gets a petrol motor, finally! Here's our review. 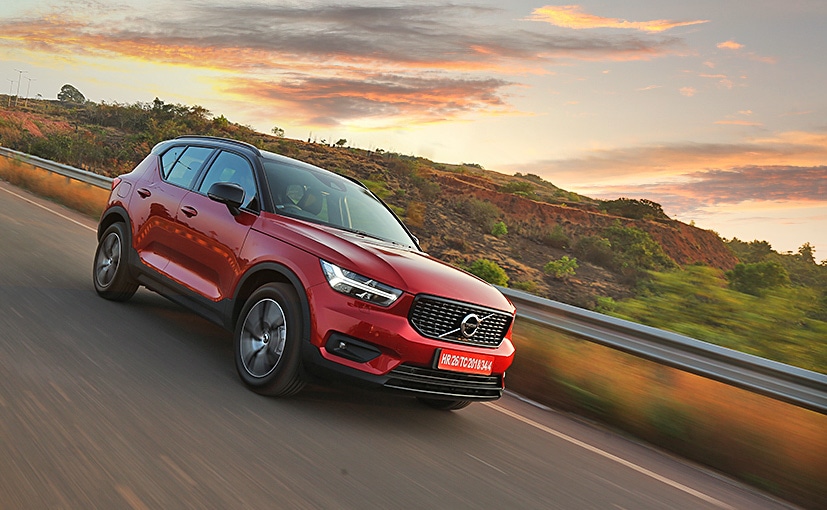 The Volvo XC40 is a crowd-puller! It's distinct design language, features laden interior and the peppy diesel engine is a great mix of qualities. But the only thing that was missing was a petrol engine option! Volvo India believes that now the time is right to introduce one on the XC40 because the company senses a palpable shift from diesel to petrol. We spent some time behind the wheel of the XC40 with the T4 petrol engine and here's our drive report. 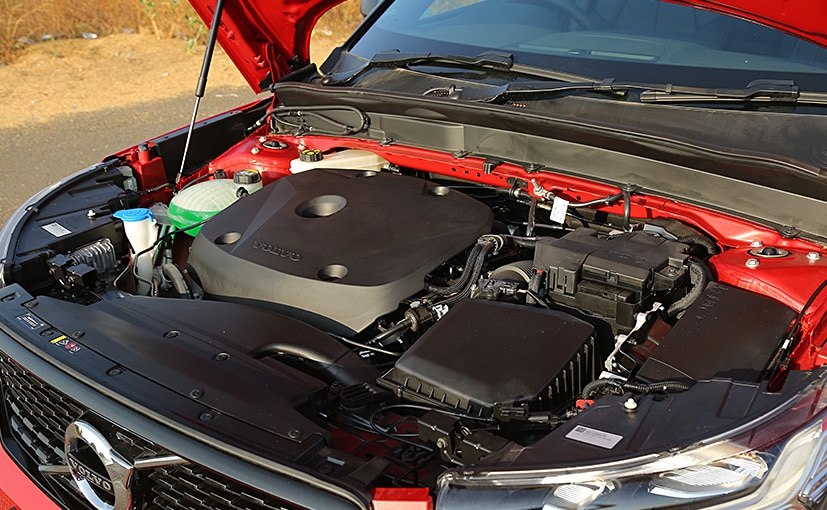 (The new 2.0-litre turbo petrol engine makes 187 bhp and 300 Nm of peak torque and is paired to an 8-speed automatic gearbox)

Well, the single biggest change is of course the new petrol engine, on the XC40. It is a 2.0-litre 4-cylinder motor which is BS6 compliant and drives only the front wheels. Getting the numbers out of way, the T4 turbo petrol motor makes 187 bhp at 4,700 rpm while the peak torque output is rated 300 Nm at 1,400 - 4,000 rpm. The engine is paired to an 8-speed Aisin torque converter gearbox. It has a claimed top speed of 230 kmph and does the 0-100 kmph sprint in 8.4 seconds. Apart from this, the car largely stays unchanged. 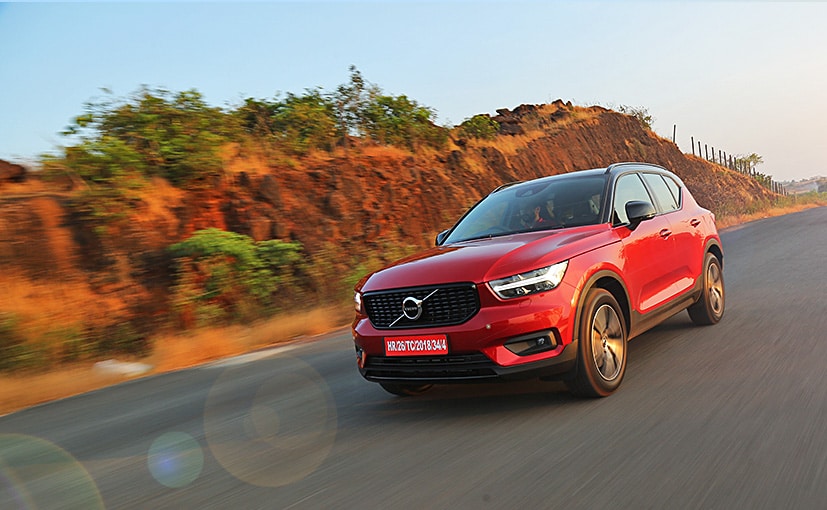 (The new petrol engine is smooth and refined. The throttle response is crisp and the NVH levels are good too)

Quite nicely, we must say! The petrol engine is butter-smooth and offers more refinement in terms of power delivery. The throttle response is sharp and a gentle tap on the pedal suffices the need to overtake slower moving vehicles. The engine breaks into a song between 3,000 and 4,000 rpm and keeps you happy on the move too. Holding triple digit speeds was never a problem on the XC40 and the T4 R-Design variant is a smooth operator too. It loves munching miles at over 100 kmph and can continue doing so all day long. The 8-speed Aisin-sourced transmission works smoothly and knows when to hold on to the gears under hard acceleration and when to shift up/down. 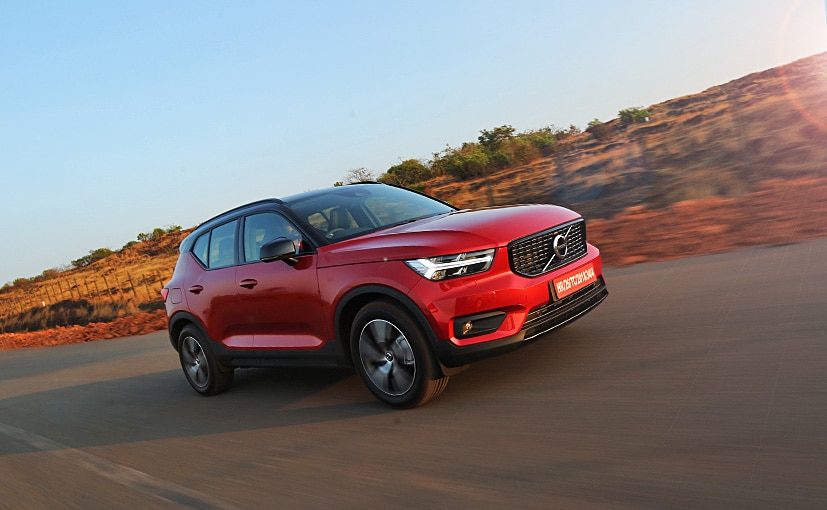 We have two grouses though! First is the ride quality at low speeds. It is slightly stiff. But as you step on the gas, the ride becomes plusher! And the second one is that the steering still feels dead. We would have liked a little more feel and weight on the steering, just to keep things interesting. The front wheel drive makes it understeer a bit when driving on switchbacks. Although we must mention that these are not deal-breakers by any means. 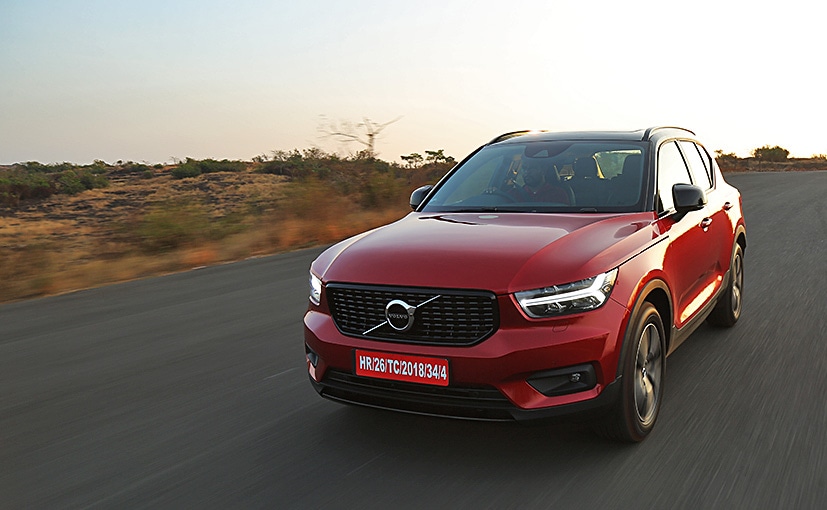 Be it the city or the highway, the XC40 continues to shine in its petrol avatar. Oh! And we forgot to mention that the petrol XC40 is significantly quieter than its diesel sibling. So, the NVH levels are a tad better! 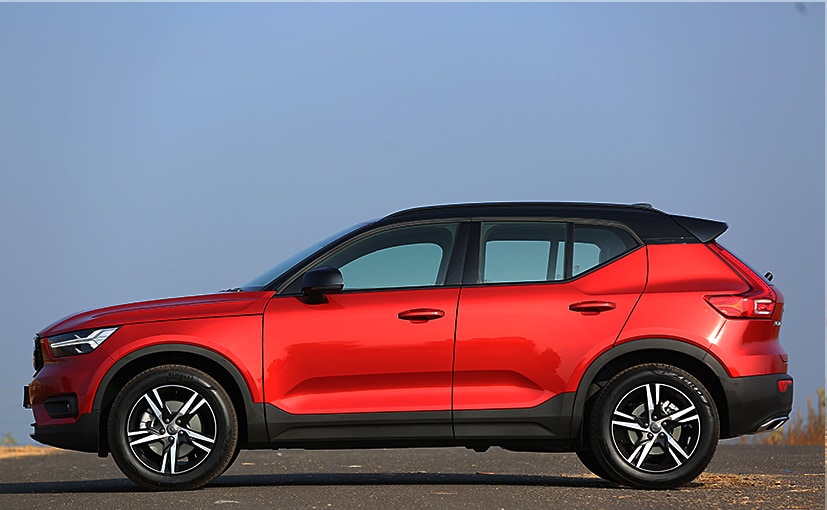 (The XC40 has a classic, ageless design. Even after a year and a half of its launch, the XC40 stays the best looking car in its segment)

It is still the best-looking premium compact SUV and has a classic, elegant design that ages well. A year and a half after its launch, the XC40 still looks stunning, especially in the Fusion Red Metallic colour that our test car came draped in. It is also packed with all kinds of creature comforts that you would expect in a Volvo. There's the 12.3-inch vertical touchscreen which houses the controls for in-car functions, smartphone connectivity, wireless charging, a Harmon Kardon sound system and the works! The interior stays as comfortable as before and the cabin is a good place to be in. Being a Volvo, the XC40 gets 7 airbags, along with a bunch of radar based safety systems including lane mitigation, run-off protection, roll-stability control and driver alert systems. And just to remind you, the XC40 scored 5 stars in its NCAP crash tests as well. 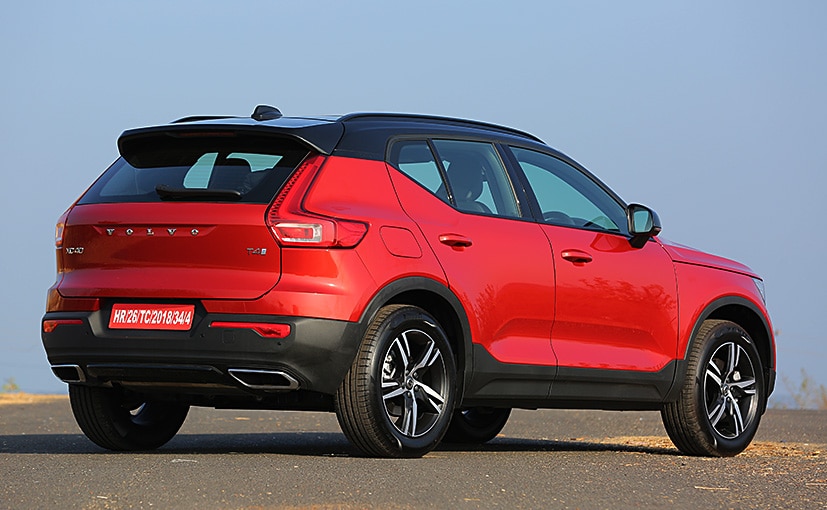 (At ₹ 39.9 lakh, the XC40 T4 R-Design petrol continues to be a good buy if you are looking to own a new premium compact SUV)

The XC40 T4 R-Design is priced at ₹ 39.9 lakh (ex-showroom) and it sits between the Momentum trim and the top-spec Inscription trim. Volvo offers the petrol engine only in the R-Design trim. For the price, it is a wonderful deal. The SUV offers the perfect mix of performance, features and looks and with the addition of a BS6 petrol engine, buyers have that option too. It is still a well-rounded package and continues to be a top draw in the premium compact SUV space alongside established rivals such as the Audi Q3, BMW X1 and the Mercedes-Benz GLA.