The new Bajaj NS 200 gets the same ABS units that is offered with the Pulsar RS 200. The bike gets now gets a larger 300 mm front disc with a single channel ABS. 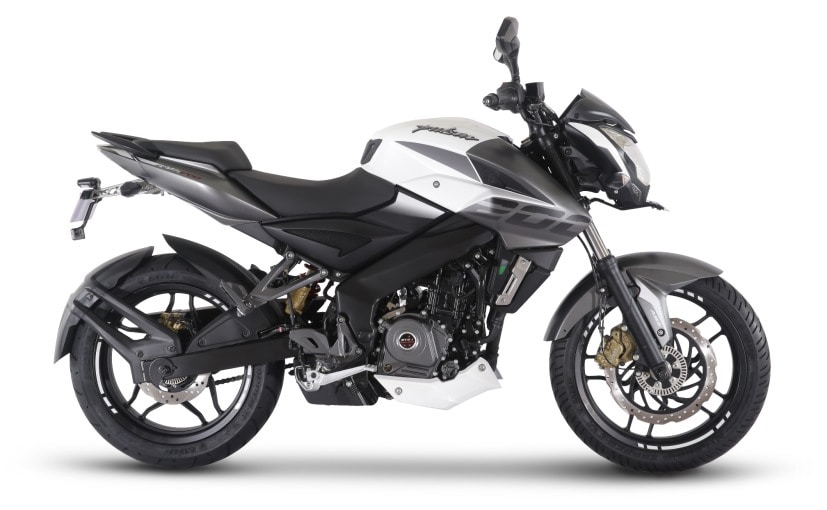 Bajaj Auto today officially launched the new 2017 Bajaj NS 200 ABS in India priced at ₹ 1.09 lakh (ex-showroom, Delhi). The company started dispatching the bike towards the end of September 2017 and the new NS 200 ABS is now officially available for sale in all Bajaj dealerships across India. While dealers have been accepting bookings for the bike since the end of September, deliveries for the bike started around Diwali, in October. The bike continues to rival the likes of KTM 200 Duke, TVS Apache RTR 200 4V, and the Yamaha FZ 25.

Commenting on the introduction of the new Bajaj Pulsar NS200 ABS, Eric Vas, President - Motorcycles, Bajaj Auto said, "We have received a large number of requests from our customers for ABS and hence we are extending it to the NS 200. We are No 1 in performance Naked Sports bikes with our NS 200 with a huge fan following among young, performance seeking motorcycle enthusiasts due to its world-class quality and style, backed by and its thrilling performance. The introduction of the ABS variant will enhance the bikes performance appeal and strengthen our leadership in this performance segment."

The anti-lock braking system (ABS) is the same single channel unit that does duty on the RS 200 so you get a bigger 300 mm disc brake instead of the 280 mm unit from the non-ABS NS200. The rear disc is the same 230 mm unit. Other than the ABS unit, the rest of the features remain unchanged and the bike continues to be powered by the 199.5 cc single-cylinder, liquid cooled, 4-stroke engine that makes 23.5 bhp and 18.3 Nm of peak torque. The Bharat Stage IV (BS-IV) compliant engine also comes with Bajaj's triple-spark and DTS-I technology.

At ₹ 1.09 lakh the 2017 Bajaj NS200 is almost ₹ 13,000 more expensive than the standard non-ABS NS200 and we think the premium is worth the additional safety that ABS offers. As for the improvement in braking performance, we reserve our comment for our road test. So keep watching the space.