The next-generation Skoda Octavia was officially unveiled in November 2019, making its global debut at a special event in Prague, Czech Republic. The car is expected to go into series production later this year, however, India is likely to get it towards the end of 2020 or early 2021. The Octavia is one of the most successful nameplates for the automaker and the car has just entered its fourth generation, which is longer and wider than the predecessor and sports several segment-first features and also gets a plug-in hybrid engine option for the first time.

The new-gen Skoda Octavia shares its design language with the new Superb, borrowing the more premium, executive sedan look. The car has also grown in size, and it is now longer by 19 mm at 4689 mm and 15 mm wider at 1829 mm. Visually, the new Skoda Octavia comes with more sculpted design with a new curvature on the bonnet and razor-sharp lines. The car also gets new headlights that come with Matrix LED technology as an optional feature, and the split headlamp set-up is gone. The taillights, brake lights and fog lamps use LEDs as well. The butterfly grille also gets more prominence, even as it has been moved lower, compared to the current model. The new Octavia is noticeably longer and the liftback design at the rear continues to make a highly likeable model in the segment. Internationally, the model can be had with alloy wheels up to 19-inches.

The 2020 Skoda Octavia gets a new two-spoke steering wheel with optional heating and new control button and knurled scroll wheels, offering access to over 14 functions. The dashboard design is also new with a clutter-free look and a larger free-standing central display taking prominence. The driver's display is digital too and a 10.25-inches unit, whereas the infotainment unit varies from 8.25 to 10-inches, depending on the variant. The 2020 Octavia also gets Trizone Climatronic, optional keyless vehicle entry system, electric parking brake, and acoustic side windows at the front that reduce road noise in the cabin.

The automatic version of the model also gets a small selector in place of the gearshift lever with the adoption of shift-by-wire tech that is shared with the new Volkswagen Golf. Other upgrades include a Canton sound system, five USB-C ports, and an optional head-up display feature, a first for a Skoda vehicle.

While globally, the new Octavia comes with several powertrain options, India is likely to get the 2.0-litre TSI with 188 bhp and 320 Nm and it will be offered only with the DSG automatic transmission. Skoda will also have a diesel version on offer powered by a 2.0-litre TDI that will be offered in different states of tune - 114 bhp, 148 bhp and 197 bhp, but the India-spec model will most likely be the second one. Transmission options will include the 6-speed manual and 7-speed DSG. 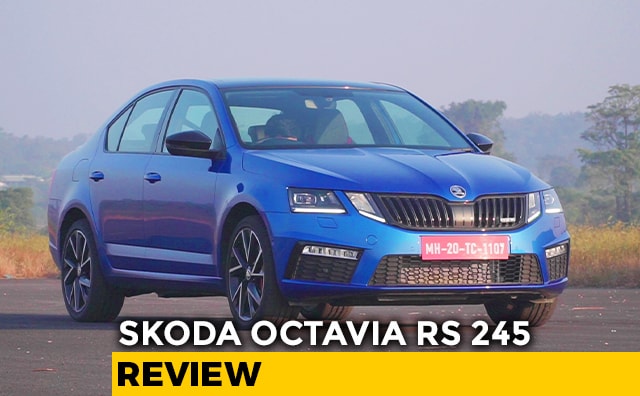