Royal Enfield’s traces of foundation go back to 1893 when the company was known as Enfield Cycle Company. Enfield Cycle made its first motorcycle in 1901 and in the following years it rolled out the iconic Bullet model. The bullish motorcycle was hand-picked by the Indian government to be used by Indian army and police for patrolling Indian border. To assemble Bullet locally, Redditch Company partnered with Chennai based Madras Motors and Enfield India was born. By 1962, Enfield of India, acquired all the machines requisite for building components in India and began to produce all required components locally. The British origin motorcycle manufacturer is now owned by Indian automaker, Eicher Motors, the merger took place in 1994 and since then it is renamed Royal Enfield India. Royal Enfield India currently has two manufacturing units located at Oragadam, near Chennai and Tiruvottiyur (the original factory) is used for producing engines and few motorcycle models. Royal Enfield India’s product portfolio comprises café racers, crusers, retro street bikes, standard street bikes and Himalayan range.

The 2021 Royal Enfield Himalayan features a few cosmetic and ergonomic changes, along with new colours.

Honda takes a shot at dethroning Royal Enfield from the 350 cc modern classic segment with the new Honda H'Ness CB 350. Does His Highness have what it takes?

We spend some time with Royal Enfield's latest model from an all-new 350 cc platform, the new Royal Enfield Meteor 350.

Having tasted the performance of the BS6 Royal Enfield Continental GT 650, I was yearning to ride the Interceptor 650 and having ridden it now, I am yet to return the motorcycle back to RE. Read...

The Royal Enfield Continental GT 650 is a motorcycle that invokes all sorts of happy and warm emotions in you. After ages, we came across a motorcycle where we couldn't help but feel a tinge of...

Royal Enfield has had a great legacy in Trials competitions in the 1940s and the '50s. The company thought it would be a good idea to offer a slice of its heritage in a modern avatar. And so, here...

We pit two adventure bikes, the BMW G 310 GS, the entry-level GS bike, against the Royal Enfield Himalayan ABS to see which one is the more versatile and capable adventure tourer.

We ride the new Royal Enfield Continental GT 650 in Goa. It shares the same engine, same chassis and cycle parts with the Royal Enfield Interceptor 650, yet it's different.
Read More Expert Reviews 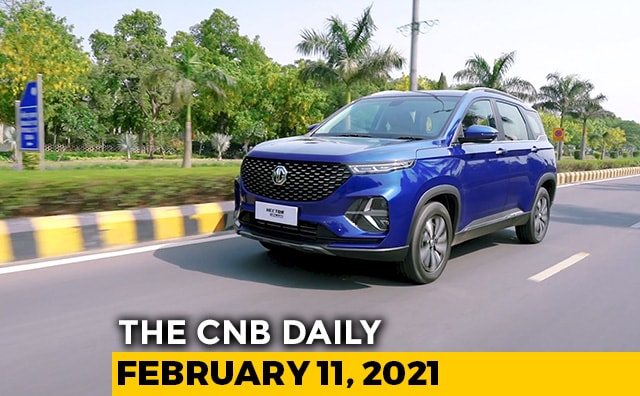