A wholly owned subsidiary of German based company BMW, its motorcycle division called BMW Motorrad specializes in producing high-end premium motorcycles. The company initially produced aircraft engines and later switched to motorcycle production in early 1920s. BMW manufactured its first motorcycle in 1923, the R32, which featured a flat-twin boxer engine. BMW Motorrad still uses the flat-twin boxer configuration, but now manufactures motorcycles with a variety of engine configurations. The company set up operations in Indian market in 2010 with its headquarters in Gurugram, Haryana and also has a manufacturing plant in Chennai.

The BMW 2 Series Gran Coupe 220i Petrol is finally here and is setting the bar quite high for the upcoming entry-level models form its German counterparts. We were the first one to tell you about...

A German-built cruiser, but styled like an all-American, metal and chrome heavyweight cruiser. We spend some time with the retro-stylish BMW R18.

The world's most popular adventure motorcycle gets updated with a bigger engine with more power and more technology. We spend some time getting to know the new BMW R 1250 GS, and to see what makes...

We hit a few laps around the Buddh International Circuit on a sweltering day with the new 2019 BMW S 1000 RR, a bike which can be lightning fast, yet easy enough to manage for riders new to a 200...

The BMW F 850 GS is the newest middleweight adventure bike in the market. Does it have what it takes to unseat the very popular Triumph Tiger 800? We ride both bikes on the highway, and on some...

The BMW F 850 GS is the newest middleweight adventure motorcycle in India and we finally had the opportunity to ride and see where it fits in the food chain, where the Triumph Tiger 800 is the...
Read More Expert Reviews 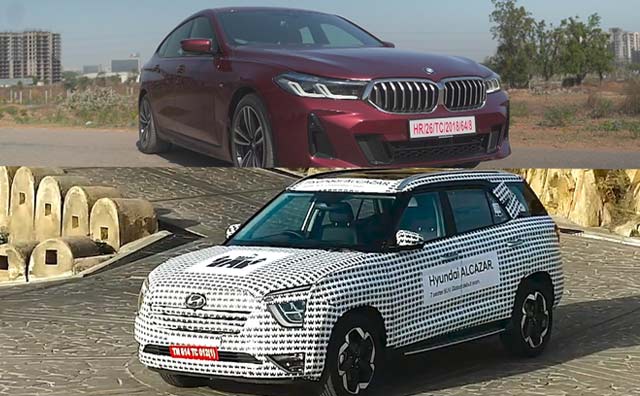