We hit a few laps around the Buddh International Circuit on a sweltering day with the new 2019 BMW S 1000 RR, a bike which can be lightning fast, yet easy enough to manage for riders new to a 200 bhp-plus superbike. 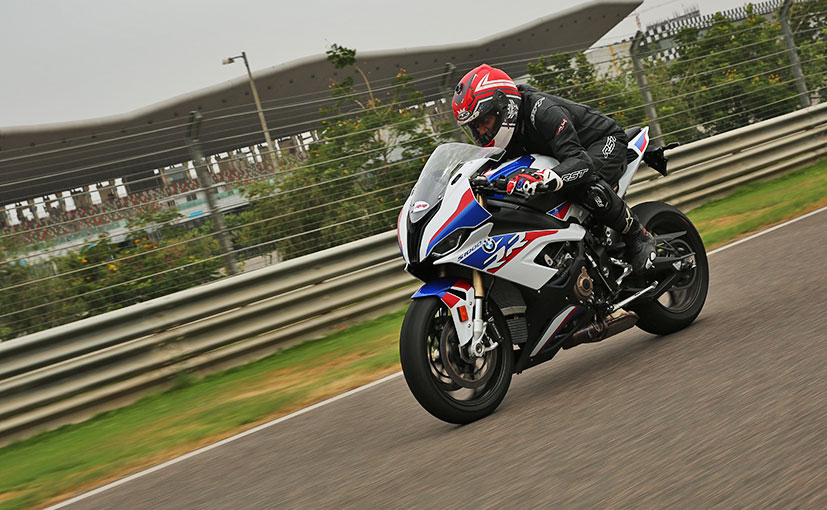 Crouched down low over the brand new, full-colour TFT screen of the 2019 BMW S 1000 RR, the digits on the speedo are rising rapidly on the backstraight of the Buddh International Circuit in Greater Noida. This is way too much speed than I'm comfortable with, and as the speedo nudged 270 kmph, I give up, and slam the brakes, with a silent prayer that things don't get out of hand, and I'm able to slow down in time to take the sharp right hander at the far end. The brakes shave off speed with confidence, and there's no drama, as I rapidly downshift to take the corner. 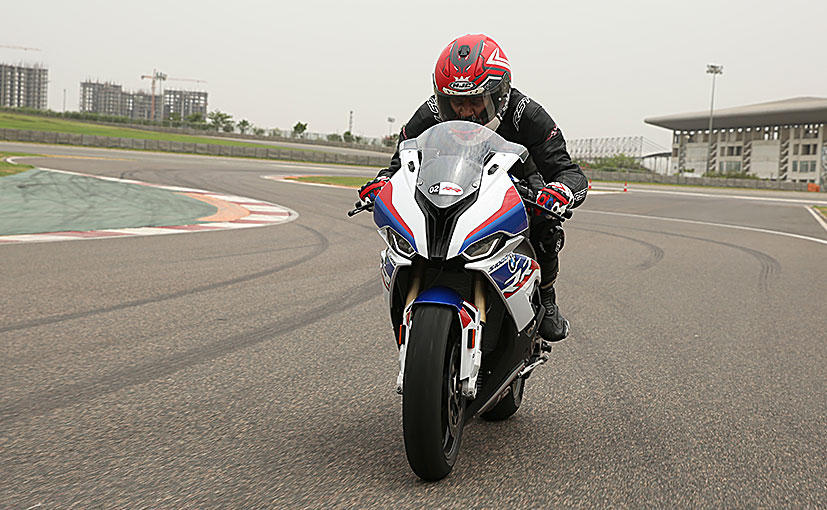 I'm astride the new BMW S 1000 RR with a group of seven other riders at the BIC. A superbike with 204 bhp of power on tap, with the performance to go up close to 300 kmph, isn't something I'm accustomed to, or have the exposure to, on a regular basis. And then, hustling such a bike around a track like the BIC isn't for the faint-hearted or someone without a level head or a jerky right hand. One wrong twist of the wrist, one miscalculation around a fast corner can get you into serious trouble, and more than you can bargain for, if you aren't careful, and respectful of that kind of power. So, today is special, more so, because it's almost a year to the day after I had sampled its closest rival, the 211 horsepower Ducati Panigale V4 S at Sepang International Circuit in Malaysia. 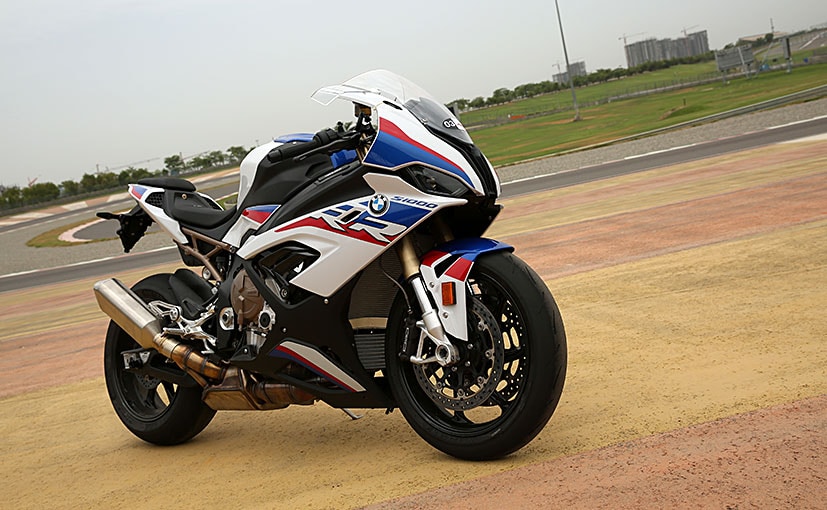 For 2019, BMW Motorrad has completely revamped the flagship superbike. It's got all-new bodywork, a new engine with BMW Motorrad's new ShiftCam technology. In layperson terms, what that essentially means is that it offers more torque from low and mid revs and the full manic power of the 999 cc, in-line four cylinder engine at high revs. The 2019 BMW S 1000 RR is available in three variants - the standard, sport and top-spec M version, the one we are sampling today. The biggest change cosmetically, is the departure from the signature asymmetrical headlights to sharper new LED headlights. The new frame is 1.3 kg lighter, and the beam swingarm is new as well. And it gets a 6-axis inertial measurement unit (IMU) which powers the dynamic traction control, wheelie control, hill stability control and multiple riding modes. The standard variant gets four riding modes - Road, Rain, Sport, Dynamic and Race. And the M package has three additional fully customisable Race Pro riding modes. The 2019 BMW S 1000 RR will get a brand new, full-colour TFT screen with an updated electronics suite

The new S 1000 RR has shed 11 kg and weighs 197 kg over its predecessor. The engine itself is 4 kg lighter, and with the less weight, it also gains nearly 8 horspower, and a completely new electronics package, which is designed to keep things in check, should things get, well, hairy. We're riding the top-spec M variant, in BMW Motorsport colours, carbon wheels which are 1.7 kg lighter than the standard wheels, lighter chain sprocket carrier, and a lithium ion battery which itself is 2 kg lighter. In all, the M package makes the new S 1000 RR tip the scales at 193.5 kg. 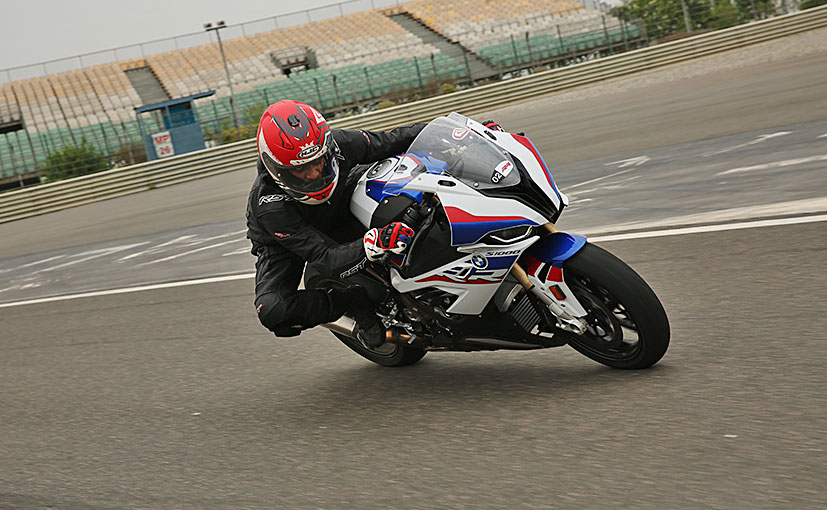 The BMW S 1000 RR feels compact, like a 600 cc supersport, but it packs serious firepower

The BMW S 1000 RR is not for beginners, and neither it is to be taken lightly even if you have had experience with such performance-packed motorcycles. But the first thing that strikes you is that it feels small, and compact, almost like a supersport class bike when you swing a leg over it for the first time. But the 204 bhp of power it packs is enough and more to get to speeds you can't imagine, and it's another matter of going fast in a straight line, but quite another to handle such performance around a set of corners. Our time with the S 1000 RR was brief, only about half a day, with one session of 8 laps around the BIC, with some track more time thrown in for completing and finishing the photo and videography. 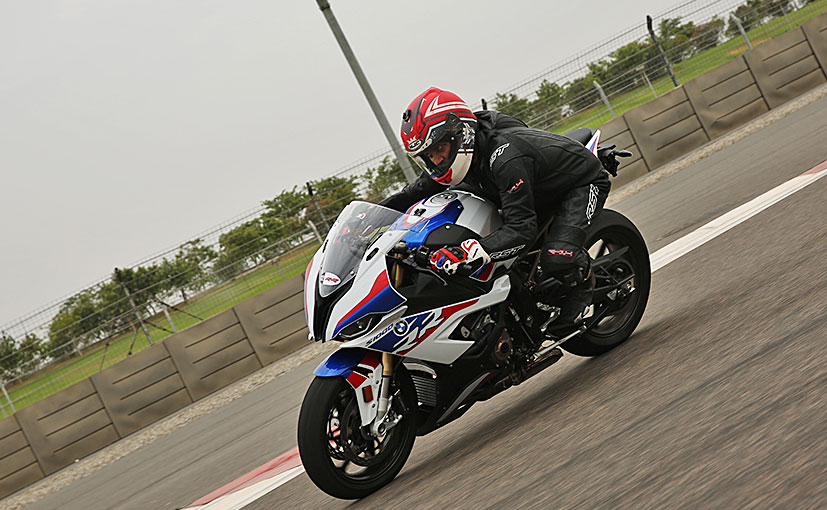 The 2019 BMW S 1000 RR can be used as an easy-going road bike, but has manic performance at the top end of the revs

Truth be told, a few more sessions with the S 1000 RR would have been welcome. And to make things interesting, we started out straight on Race mode, and one thing is immediately apparent. The ShiftCam technology does the job as explained. Unlike high revving superbikes where power is achieved right at the top of the rev band, the S 1000 RR has plenty of pulling power from as low as 5,000 rpm right up to 8,000 rpm. As much as 100 Nm is available from those revs, and that is what will make the S 1000 RR easy to live with as a road bike as well. But make no mistake, there's so much power and acceleration upwards of 9,000 revs, it will get your adrenaline rushing and the world a blur before you even realise how fast you are going. 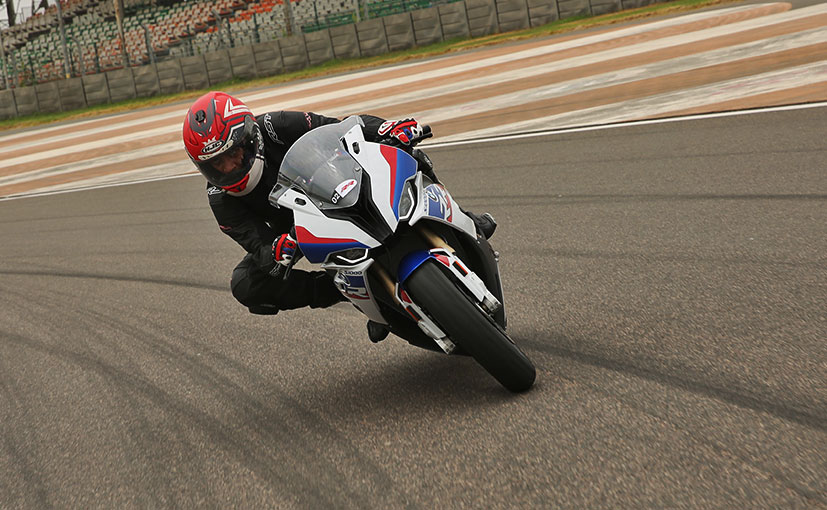 Around the corners of BIC, the front end feels light, but the electronics can be trusted whole heartedly as you begin to increase lean angles and to open the throttle mid-corner. But by the time I started getting comfortable with the bike to start pushing it a bit, it was time to head back to the pits, to hand the bike over the next group of waiting riders. So, no, there was no time to explore the different riding modes, or to explore the various Race Pro modes to see what kind of difference the electronics can make. 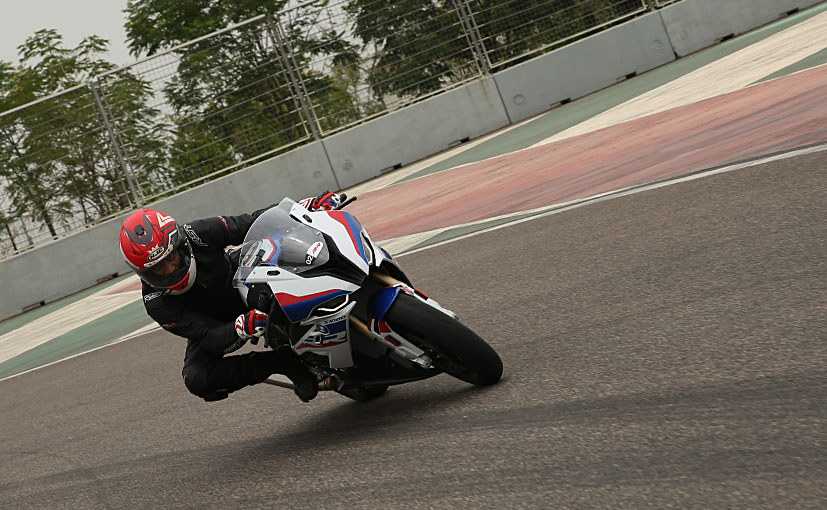 The 2019 BMW S 1000 RR is an easy bike to manage, despite its overwhelming performance

In the end, I couldn't help thinking back to one whole day's outing at Sepang with the Ducati Panigale V4 S a year ago, which permitted me the bragging rights to scrape both knee pucks on one day. Yes, the BMW S 1000 RR feels compact, more like a 600 cc supersport on a solid dose of performance-enhancing steroids. It's a package which will be welcomed by riders upgrading from a 600-650 cc supersport to a proper litre-class superbike. This is as easy as it can get with a 200 bhp motorcycle, but make no mistake, there's more than enough performance for danger to raise its head at every careless twist of the wrist.