Traces of origin of Indian Motorcycle Co. date back to 1897 when George M. Hendee founded a bicycle manufacturing company called Hendee Manufacturing Company. The Indian nameplate was introduced in 1898 as it lent better identity in export market.

During the 1910s Indian became the largest manufacturer of motorcycles in the world. The company went bankrupt in 1953 and was finally revived in 2011 when it was taken over by Polaris Industries. After Polaris acquired Indian Motorcycles, the operations were moved from North Carolina to their existing production facilities in Iowa and Minnesota. The iconic bike manufacturer made its foray into India market shortly after that and currently offers a range of bikes including cruisers, tourers and the very popular Scout model.

We swing a leg over the Indian FTR 1200. For the uninitiated, it is a sporty (yes, sporty!) street tracker motorcycle from Indian Motorcycle and is a world different from anything that the company...

It's a cruiser which gives you the thrills and is a guaranteed headturner. We spend some time with the drop dead gorgeous Indian Scout Bobber.

The gigantic Indian Chieftain Dark Horse; it's a massive bagger with loads of road presence and is a proper headturner. Is it the practical cruiser? We spend some time with the Chieftain Dark...

The name 'Sixty' in the new Indian Scout Sixty is derived from its engine displacement; so the 999cc v-twin (or 60 cubic inches as the Americans describe it), has made the newest Indian the Scout...

We take the Indian Roadmaster for a leisurely spin and come away mightily impressed. This is the biggest motorcycle in the Indian Motorcycles portfolio and needless to say, the most expensive one...

Indian Motorcycles is serious about its cruiser motorcycles and it is evident in the way they don't cut any corners when making one.
Read More Expert Reviews 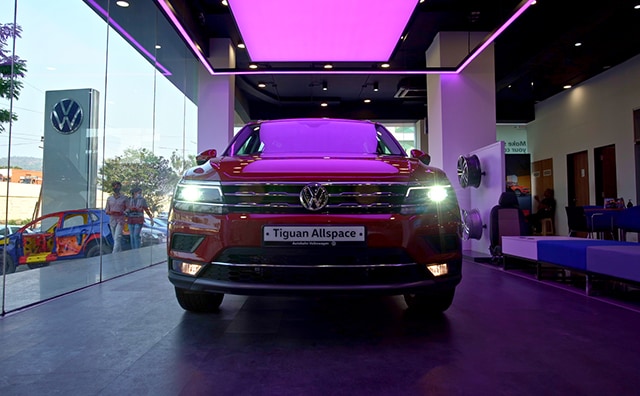