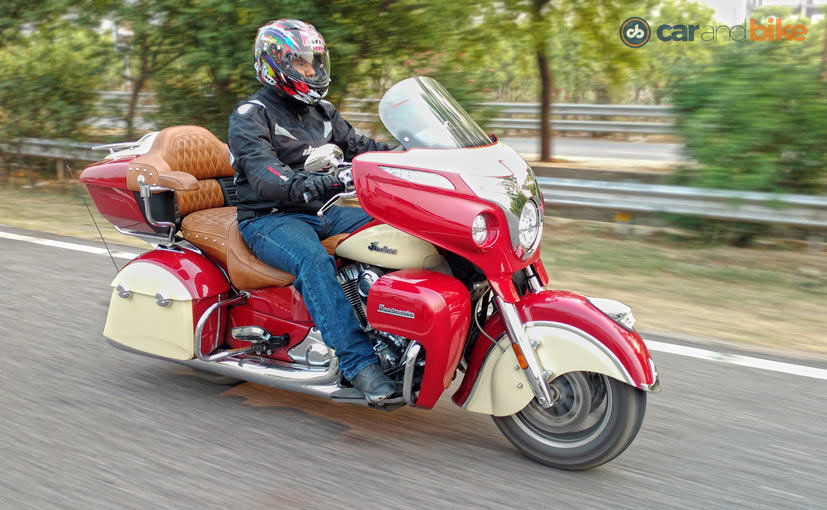 The Roadmaster is basically a Chieftain dressed up as a bagger and gets a 'batwing' fairing, which give it an unmistakable touring cred. Our test motorcycle is draped in a lovely shade of Red and Ivory Cream. Not exactly loud and not too subtle either, just the right amount of flash. The fairing has shiny chrome housing for the headlamp. Flanking it on either side are two auxiliary headlamps and above it are the LED indicators. Rounding up the front is the beautifully crafted fender, with the war bonnet sitting proudly on it. From the profile, the engine shines out, done in chrome and the achingly comfortable seats, both for the rider and the pillion. The panniers can hold in a decent amount of kit and don't look out of place. The motorcycle might look odd without them though. Make no mistake about it, the Roadmaster commands magnificent street presence. 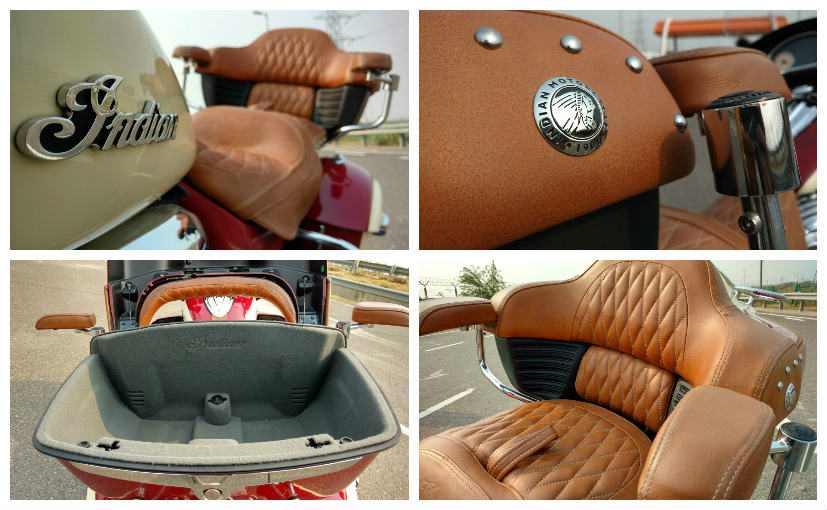 Impeccable! The bigger a motorcycle, more the number of parts. And in case of the Roadmaster, it has a fairing, panniers, panels etc. but no rattle at all. The motorcycle is built to last long, rather a lifetime. The chrome on the switchgear doesn't feel garish. There is a premium touch to it. The Desert Tan leather seats are supple and you are comfortably ensconced. Even after hours and hours of riding, you are left without a hint of aches or soreness. Overall, there is not one bit that feels cheap or aftermarket on the Roadmaster, and it shouldn't too either. The Roadmaster is a really expensive motorcycle (specifics later). And in order to make your touring as effortless and comfortable as possible, it has a multitude of features. Starting from the electrically adjustable windscreen to 10-level heated palm grips, heated seats and a 200 watt audio system which has radio and can be used to play your favourite music via USB or Bluetooth, Yes! It is a motorcycle and not a car. No matter how long or short your ride is, you will always arrive with a huge smile on your face. In case, the road ahead is long, straight and relatively empty, you can always engage the cruise control as well. The combined capacity of the panniers, the top case and the two spaces in upper and lower fairings comes to a massive 144 litres. That is more than enough space for a weekend's worth of luggage for two. Another impressive feature is the key fob. In essence, the Roadmaster has a start button on the fuel tank, which can be used to fire up the motorcycle, with the key stored safely in your pocket. (The ride on the Roadmaster is plush, ironing out even the slightest irritants comfortably)

The V-twin Thunder Stroke 111 is a glorious engine. As is expected of a touring motorcycle, there is pull right from the start. 138Nm of torque is available at a mere 2,600rpm. The acceleration on the Roadmaster is scary, so much so that, you wouldn't have ever imagined a motorcycle this big to be so quick off the mark. Sure, it will not win any drag races, but it's no slouch either. The shifts are precise, and with enough riding, you can actually find the neutral in this, unlike in other American cruisers. The power delivery is smooth and there is no trace of any unwanted vibrations. There is enough grunt in the engine to cruise at speeds of 120kmph all day long. Even more, if you are brave enough to try it out. It handles better than we expected. Even at speeds of 10kmph, one need not worry about manoeuvrability. 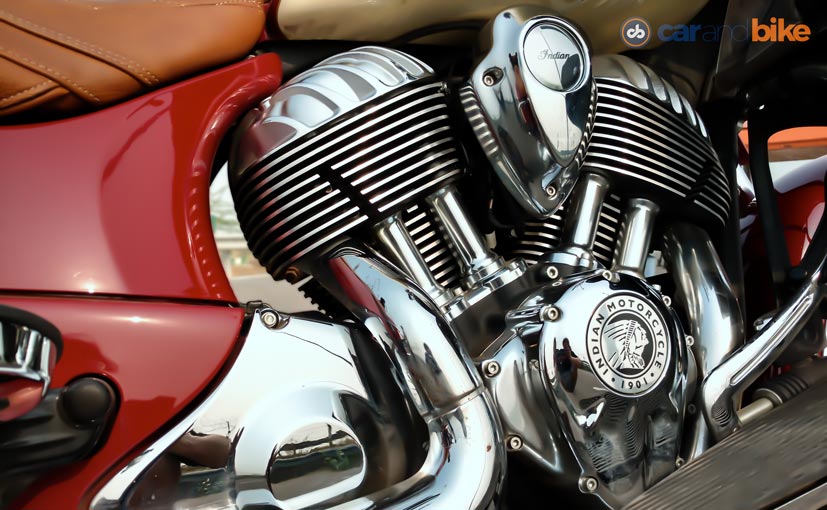 Not to say that there are no chinks in its armour. Firstly, you will need solid muscle if you want to draw it out of a parking lot; 421kg of dry weight is no joke. God help you if you tip it over. Secondly, if you get stuck in a traffic jam, your legs will get a thorough roasting. Like all Indian motorcycles, the Roadmaster too has an air-cooled engine which hates the thought of getting stuck in traffic. 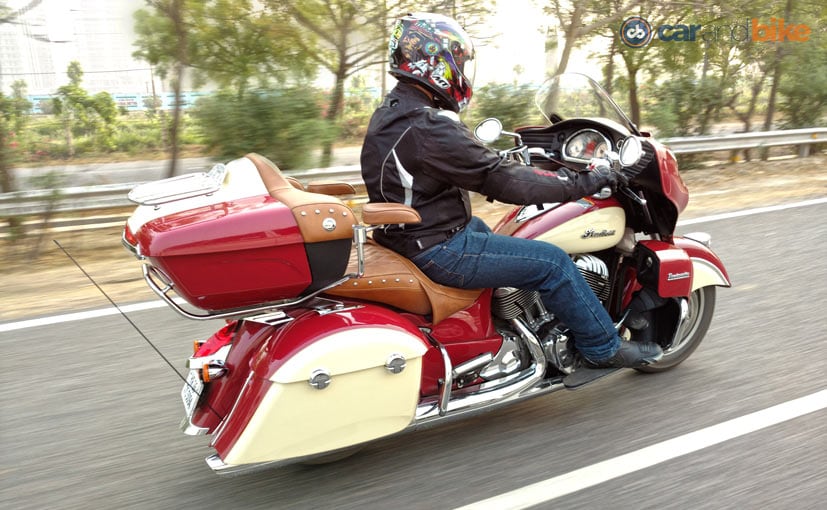 (The Indian Roadmaster gets cruise control as standard)

Overall, the urban jungle is not the environs where the Roadmaster will thrive. It is best ridden on long, smooth stretches of tarmac. Though we have to say that there are few cruisers or tourers which can match the comfort and elegance of the way the Roadmaster goes about. All you need is ₹ 38 lakh and you can own one! Not much for a motorcycle which literally lets you live out of itself.