The Jaguar XF Facelift was unveiled globally in October this year and we are expecting this model to go on sale in India in 2021. It will take you a detailed look to know what all has changed in the new model and on close observation you'll notice that it gets slimmer quad LED headlights now with individual DRL fringes for each unit instead of the J-blade DRL seen on its predecessor. The grille too has been updated and gets diamond detailing with chrome finish while the massive side curtains bring in a sense of sportiness to the design. However, it's on the inside where the Jaguar XF feels really new as the cabin has been reasonably upgraded. Taking centre stage is the new curved 11.4-inch HD touchscreen that gives you access to the new Pivi Pro infotainment system. Apple CarPlay, Android Auto, and surround camera view among others are the standard features and it also gets over-the-air (OTA) updates. Then it also gets a new fully-digital instrument cluster and a conventional gear lever replacing the rotary knob of the outgoing model. The drivetrain options on the new Jaguar XF remain unchanged. First up, it's the rear-wheel drive 2.0-litre, four-cylinder engine that puts out 243 bhp, and then is the all-wheel drive iteration where the same powertrain churns out 292 bhp. While the RWD version clocks triple digit speeds in 6.5 seconds, the AWD version does so in just 5.8 seconds.

Other Upcoming जगुआर Model is I-Pace 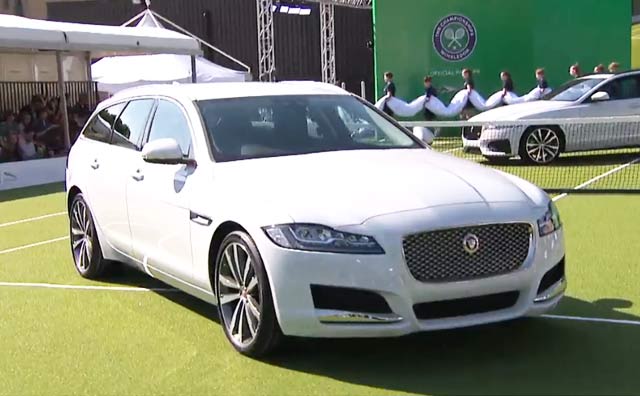