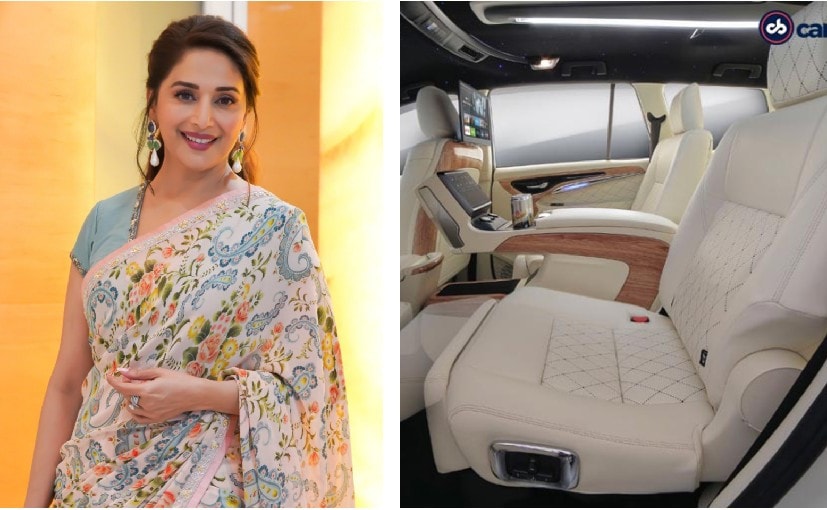 Actor Madhuri Dixit Nene is an appreciator of the fine things in life. Be it her choice in movies, her endorsements or her cars. In fact, the Anjaam actor added a Mercedes-Maybach S560 to her garage in 2018, which is considered the finest in terms of luxury. But now, she's opted for something a little more practical yet opulent. Madhuri Dixit Nene recently added the rather humble Toyota Innova Crysta to her garage, but what it looks like a standard MPV on the outside, has been completely customised to her taste on the inside. We caught up with DC Design's, now rebranded as DC2, founder Dilip Chhabria, who gave us all the details on Mrs. Nene's new ride and what makes this custom Innova Crysta more comfortable than the S-Class. 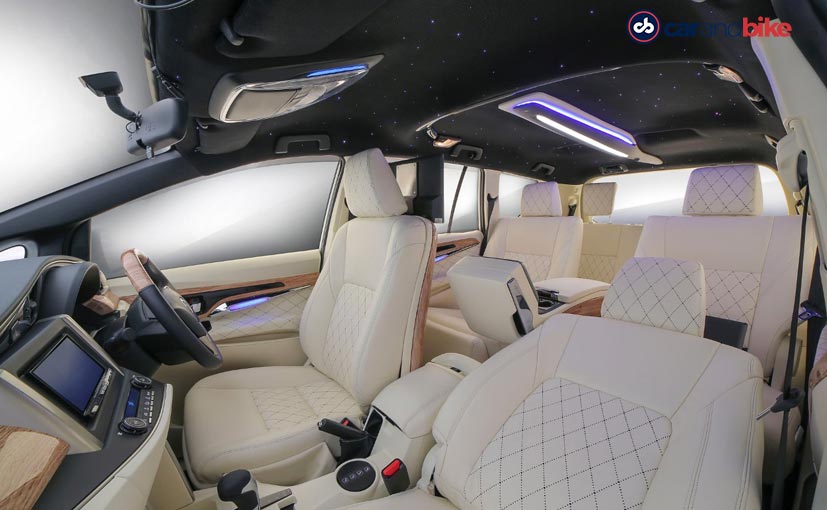 The seats have been finished in light beige upholstery, while the third row has been retained as well

The customised Toyota Innova Crysta was commissioned by Dr Sriram Nene for the family. The interior on the MPV has seen a complete overhaul over the factory version and has been worked around the requirements of the Nene family. The seats are covered in the lovely light beige leather upholstery with quilting, while the cabin gets a healthy mix of wood and brushed aluminium inserts. Interestingly, the third row has been retained and the car continues to be a seven-seater, which would otherwise be removed in favour of more legroom and we've seen this being done on a lot of customised cars. 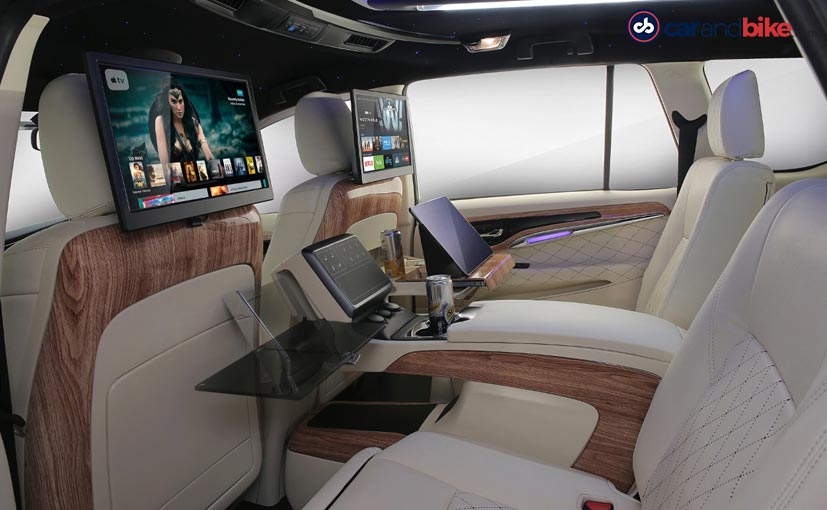 It's in the second row then where the magic happens. The middle row has been replaced with individual arm chairs that are electrically adjustable and come with retractable trays, cupholders and a small refrigerator in the centre console running between the seats. The seats also come with additional under thigh support and individual entertainment screens. A third screen is placed in the centre console that provides adjustment controls for both seats. The cabin also gets a light source on the ceiling and there are ambient lights all over to make way for a starry night everytime you get into the car. 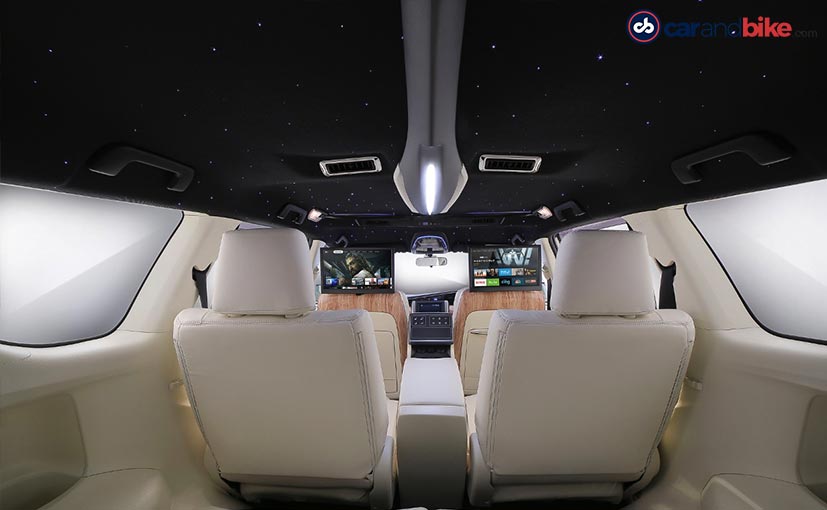 Chhabria tells us that Dr. Nene has an eye for detail and that was evident during the conceptualisation of the customised Innova. The project took four months to complete and is also equipped with a top-notch audio system to meet the acoustic needs. Chhabria says that the team had benchmarked the Audi A8 L's cabin for this project, and the interior has been designed to be a combination of Audi's comfort and the opulence of a Bentley. 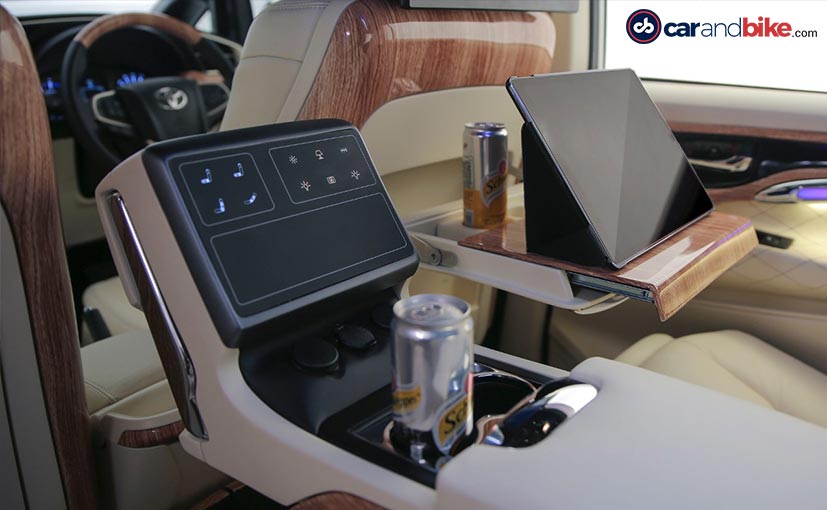 Attention to detail is extremely high and that's. what makes the custom designed cabin so luxurious

DC2 has not changed the Innova Crysta mechanically and the MPV owned by Madhuri Dixit Nene is a petrol-automatic variant in the range-topping trim. The company has not changed the suspension setup either with the car's overall weight well within the gross vehicle weight limit. DC has not revealed pricing on the custom project but its packages start from around ₹ 9.5 lakh onwards. 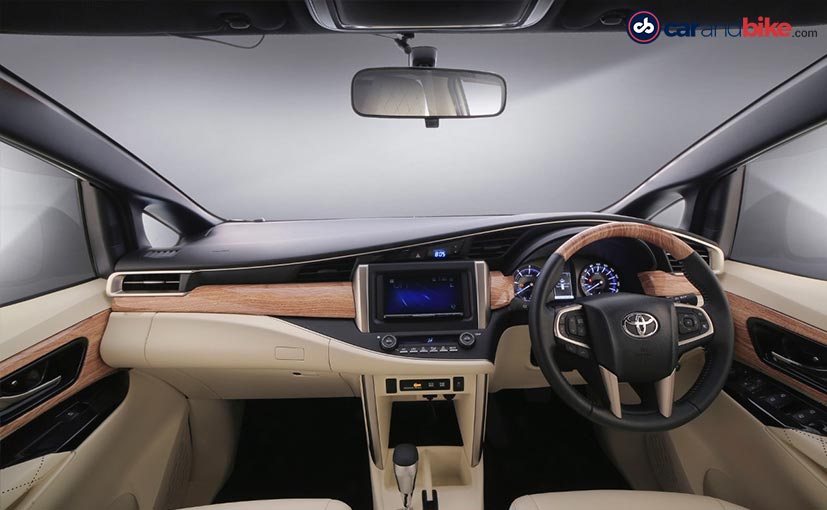 There are no mechanical changes to the Toyota Innova Crysta. Thee are no exterior modifications either

The Toyota Innova Crysta is known for being a workhorse and an extremely reliable vehicle. The petrol automatic version further brings a smooth drive and excellent ride quality for the customer. To be fair, the running costs would be far lower on the Crysta than the Mercedes-Maybach. Let's not forget it's a more discreet car to get around in the city without asking for too much attention. We should be seeing more of Madhuri Dixit Nene being driven around in the DC2 designed Innova Crysta, when the lockdown ends of course.