Similarly, the hardware on this model remains unchanged from the BS4 motorcycle. Therefore, the shock absorption duties are handled by telescopic forks with a double anti-friction bush at the front and five-step adjustable twin springs at the back. The anchoring power comes from a 280mm disc at the front and a 130mm drum brake at the rear. The safety net on the motorcycle includes single-channel ABS.

Mechanical upgrades bring a fuel-injection system to this 220cc, single-cylinder, oil-cooled, twin-spark, SOHC motor that can produce 18.7 bhp of power at 8,500 RPM and 17.5Nm of peak torque at 7,000 RPM. The engine of the Bajaj Avenger Cruise 220 is linked to a five-speed gearbox. 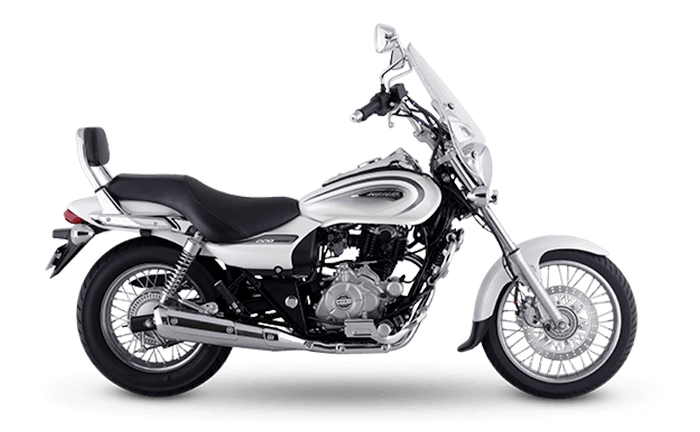 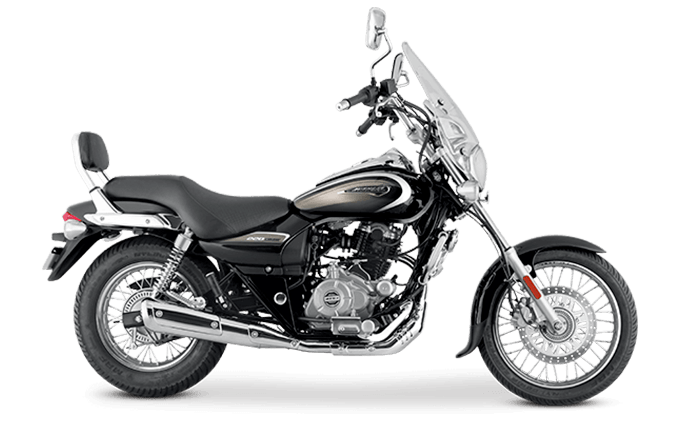 The bigger and better Avenger Cruise 220 stays true to the tagline of the brand with some little flaws here and there. The Avenger Street 160 is a young motorbike that debuted in 2019, while the Cruise 220 is around for quite some time. Although these cousins share some similar attributes, Cruise 220 largely differs in terms of functional aspects, occupying the top tire of Bajaj’s Avenger line up. Avenger Street 160 makes a quite impressive attempt to live up to the bold tagline ‘Feel like God’. The flagship cruiser of Bajaj is apparently the best entry-level motorcycle which offers what it has to with utmost integrity.

How is the design?

The Cruise 220 is an entry-level bike which is characterised by its low, long stance, generous usage of chrome and wire-spoke wheels. The ergonomics of the cruiser won’t disappoint either with your feet comfortably set forward, and the swept-back, wide handlebars will allow you to rear and manoeuvre the machine with minimum effort. The only issue in the ergonomics is that the bike’s handlebars tend to come in contact with the knees when filtering at a slower pace through traffic or making U-turns. The Cruise gets the same secondary console mounted on the tank as the Street with some additional tell-tale lights. The fuel gauge however is a fully digital console carefully placed between the handlebars. The non-adjustable windscreen will do no good to taller riders but restrict wind buffering for shorter riders. The old-school styling owes to the low seat and the raked-out front forks. The new colour schemes are really a treat for your eyes.

How is the performance?

Much like Bajaj’s Street 160, this Avenger also carries the same engine that debuted first on a Pulsar model, but the power has been reduced. The oil-cooled, single-cylinder, 220 cc engine can achieve a maximum of 19.03 hp of power at 8500 rpm and 17.55 NM of peak torque at 7000 rpm. This engine, in practical application, is significantly calmer than the one used on the smaller Avenger. It feels more adept at controlling speeds on the highways by causing much stress. The riding range is about 494 km, making this Avenger pretty much functional on long hauls. Besides, its performance is marginally better and can pick up a speed of 100 kmph, 10 seconds faster than the Street.

How does the Bajaj Avenger Cruise 220 ride?

This Avenger boasts a higher capacity BS6 engine which has been paired with a 5-speed gearbox. The ergonomics will allow you to manoeuvre the bike with a minimum effort. The cruiser is not only good for city commutes, but performs well on off-road trips too. The fuel capacity of the cruiser is 13 litres and the good fuel economy makes this bike ideal on long hauls. It can pick up and maintain a good highway speed without causing stress. Vibrations are almost not felt except for at the seat and the foot pegs. It is both visually appealing with a retro impression and performs marginally better to give you a unique riding experience.

How comfortable is the Bajaj Avenger Cruise 220?

The new Bajaj Avenger Cruise 220 offers softer seats and a well-cushioned backrest support for the pillion. The low-slung seats also provide good thigh support for the rider. The feet of the rider are comfortably set forward, and the swept-back, wide handlebars will allow the rider to manoeuvre the machine with minimum effort. As mentioned earlier, the only issue is that the bike’s handlebars may come in contact with the knees when filtering at a slower pace through traffic or making U-turns. The seating posture is unaggressive, making the ride comfortable on long hauls. The bike does not feel uncomfortable at higher speeds either.

The Bajaj Avenger Cruise 220 is propelled by an oil-cooled, single-cylinder, 220 cc engine that can achieve a maximum of 19.03 hp of power at 8500 rpm and 17.55 NM of peak torque at 7000 rpm. It comes with twin-spark plugs and is paired with a 5-speed gearbox unit. The fuel delivery mechanism is carried out through the fuel injection technique. The Cruise gets a secondary console mounted on the tank which is smaller in size and the primary console placed between the handlebars of the bike is fully digital. The multifunctional display has been given a blue backlight. This bike has a self-start mechanism. There is a telescopic front suspension with anti-friction brush and a rear twin-shock absorbing suspension. The braking duties are handled by a front disc brake of 260mm and a rear drum brake of 130 mm with a single-channel ABS.

How's the mileage of the Bajaj Avenger Cruise 220?

The average mileage achieved by the Bajaj Avenger Cruise 220 is 40 kmpl. In city traffic it gives a maximum of 38 kmpl.

Is the Bajaj Avenger Cruise 220 good value for money?

The Bajaj Avenger Cruise 220 will cost you Rs 23000 more than the Bajaj Street 160. The price margin between the two is fair, given the performance and capacity and the ability to take it out on long hauls. It is also a visual treat and a stretch one could consider making.

How is the after sales service?

Bajaj has built a good reputation around the country for its excellent after sales service and the extensive service network. For Bajaj Avenger Cruise 220 there are three free services. The first must be taken after 30-45 days of purchase or 500-750 km, the second after 240 days or 4500-5000 km and the third after 360 days or 9500-10000 km. The following services are paid.

Which motorbikes compete in this segment?

Some other motorbikes that fall under the same category as the Bajaj Avenger Cruise 220 are Bajaj Pulsar NS200, Royal Enfield Bullet 350, Jawa 42 and Royal Enfield Hunter 350.

This bike is a good value for money if you are looking for a high-performance entry-level motorbike that can be taken out on long hauls. It is comfortable and easy to rear, a pretty good bike for city commuting. 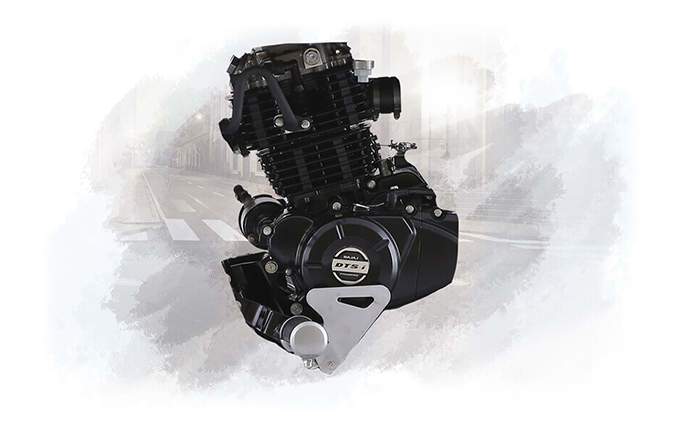 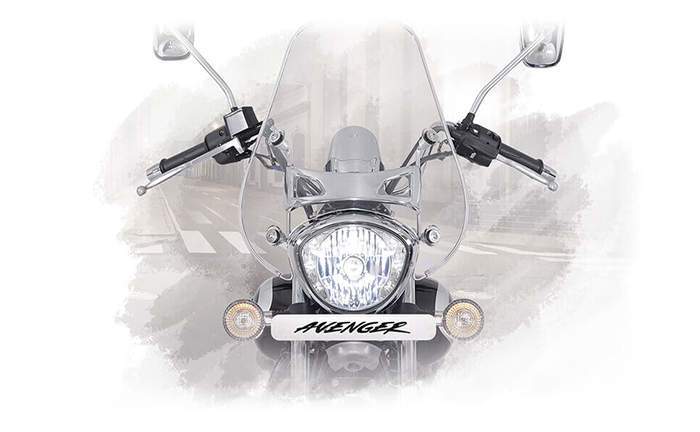 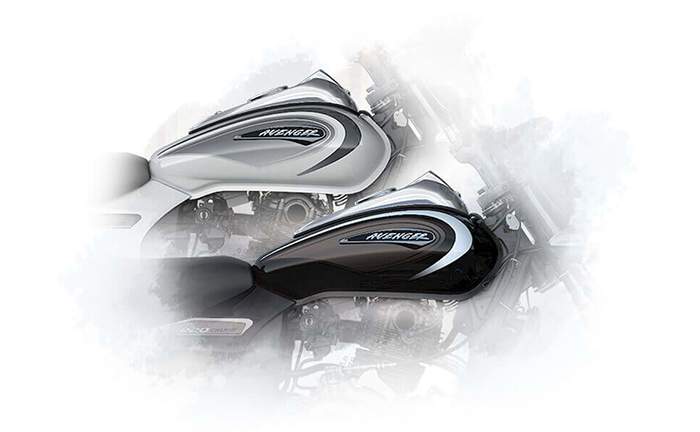 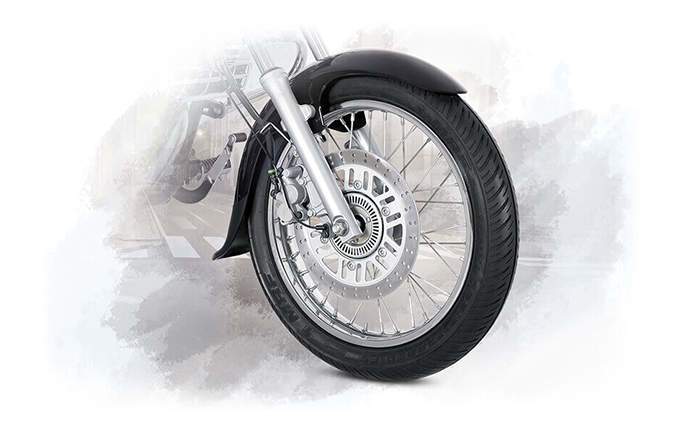 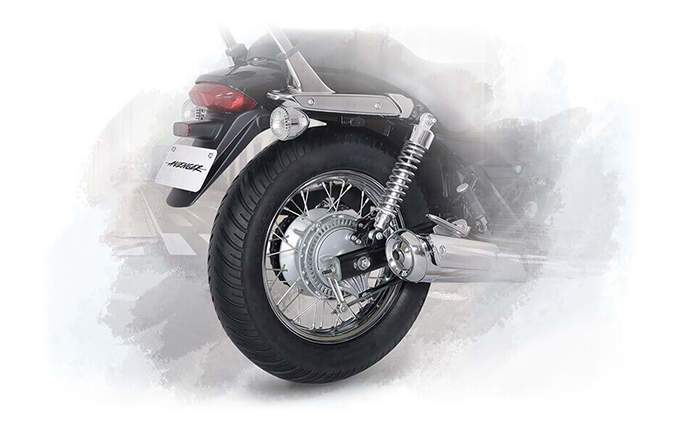 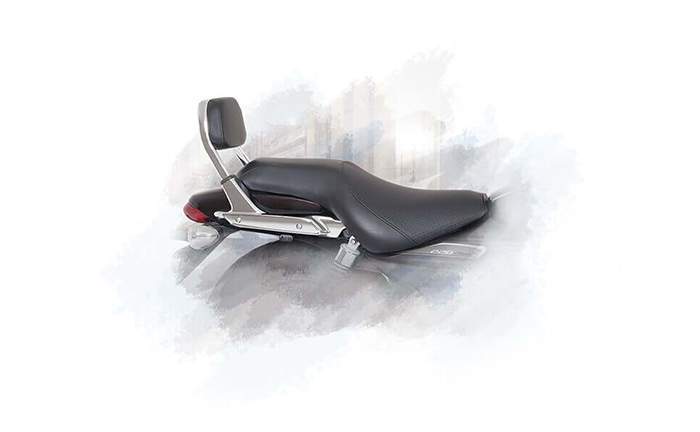 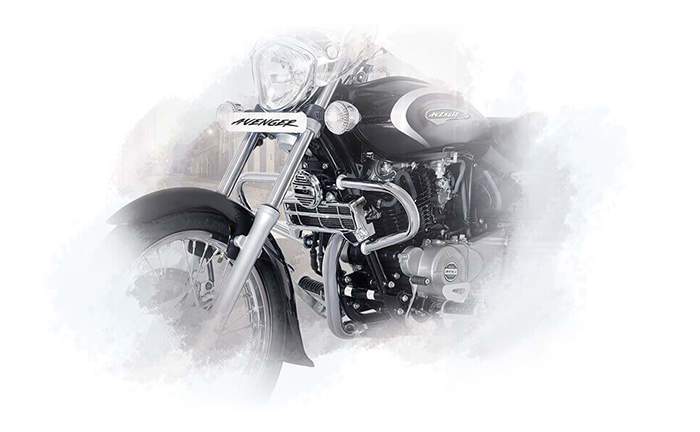 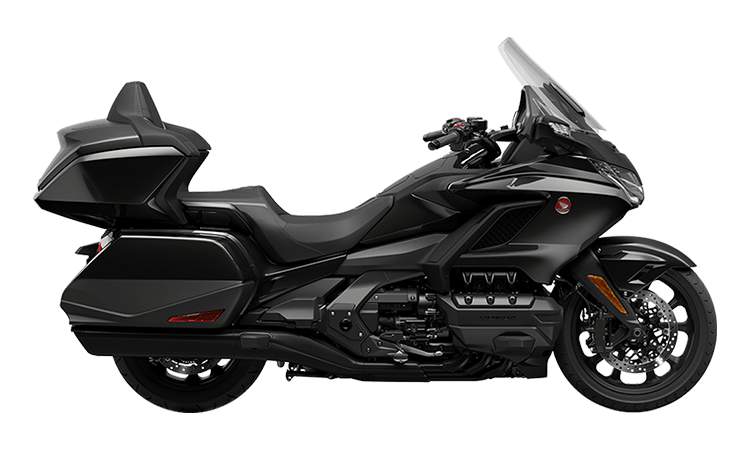 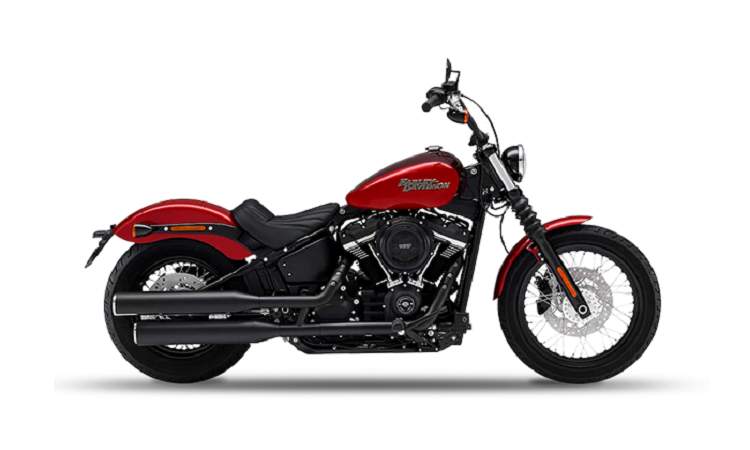 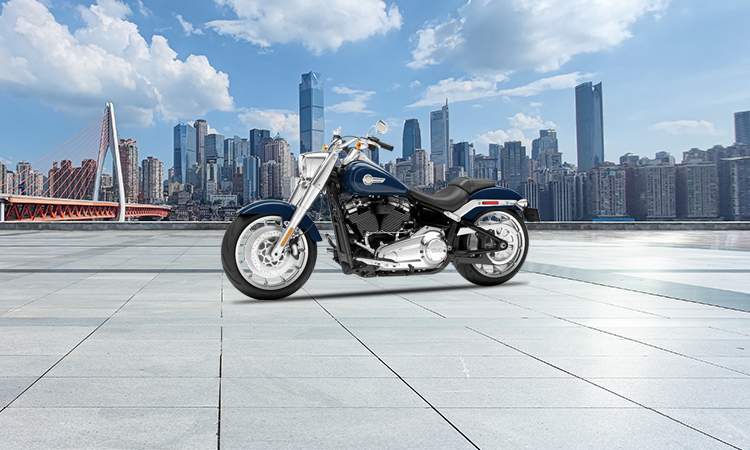 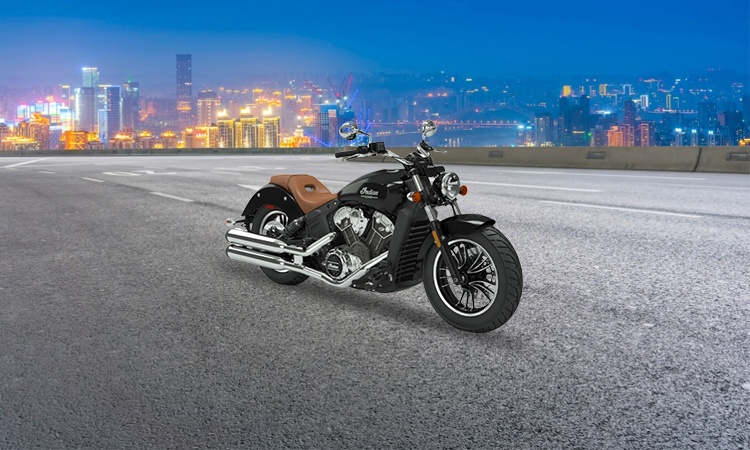 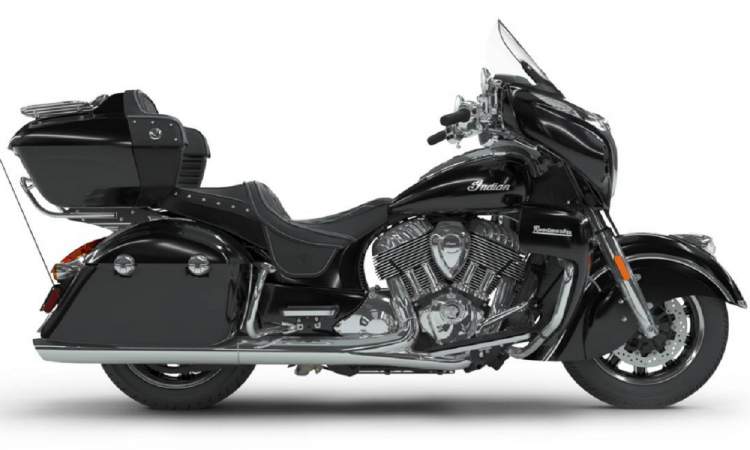 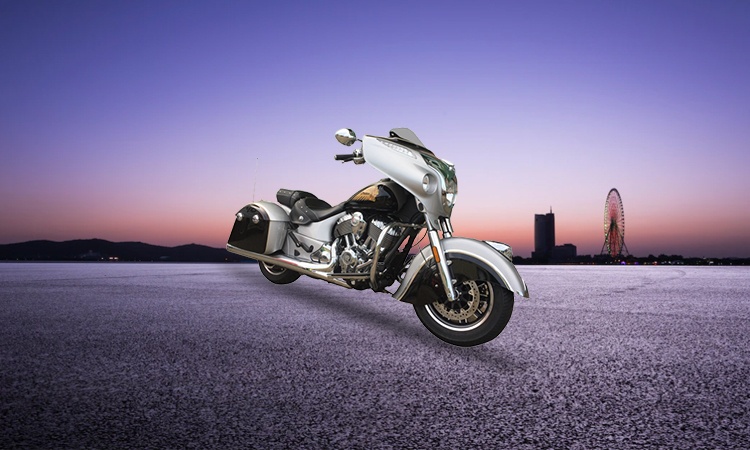 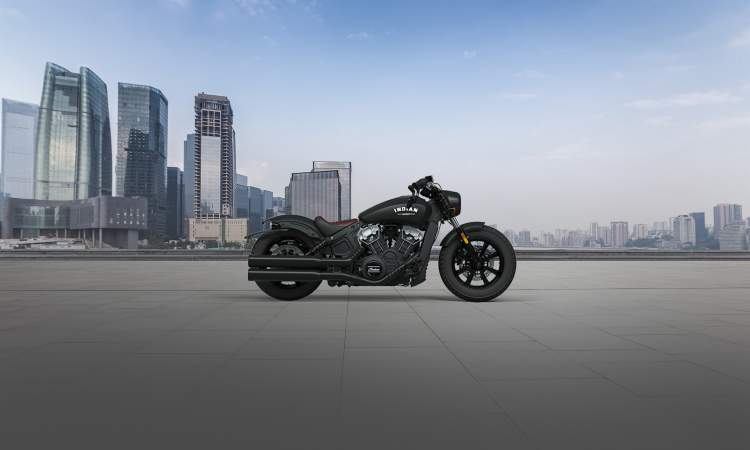 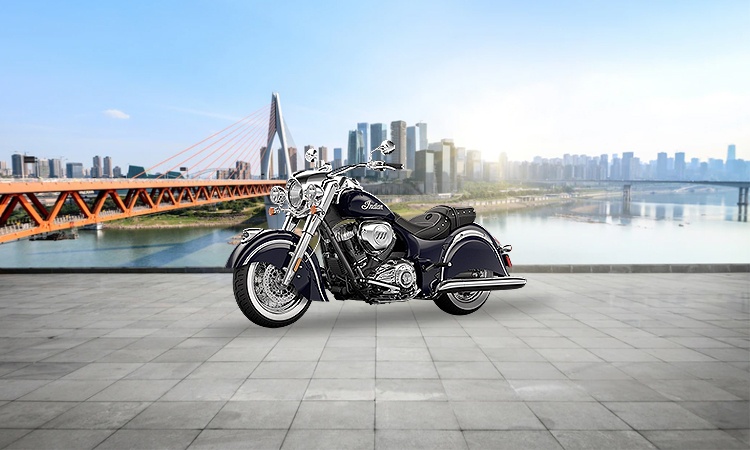 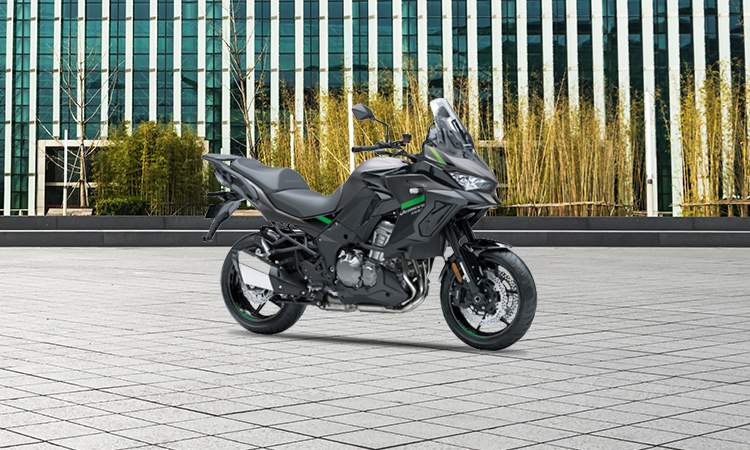