The Balamutti Yondu is a three-wheeled ice racer built around a Ducati Hypermotard 1100 and named after a character from Guardians of the Galaxy. 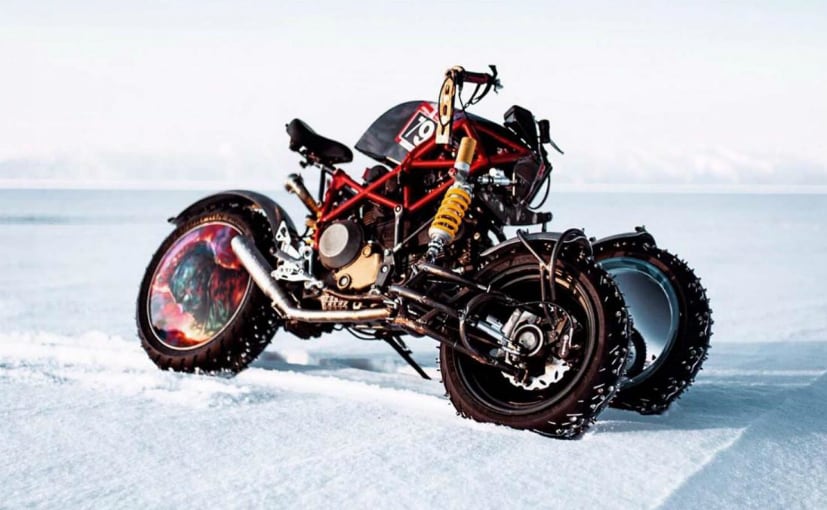 The Balamutti Yondu has two front wheels, somewhat like the Yamaha Niken leaning three-wheeler, but this one is purpose-built for racing on ice. The bike is built around a Ducati Hypermotard 1100, so you can still see the steel trellis frame, single-sided swingarm, and the air-cooled v-twin engine. But what is unique is that the Yondu has an extra front wheel, with the layout of what is known as the reverse trike, with the front wheels also capable of leaning into corners. 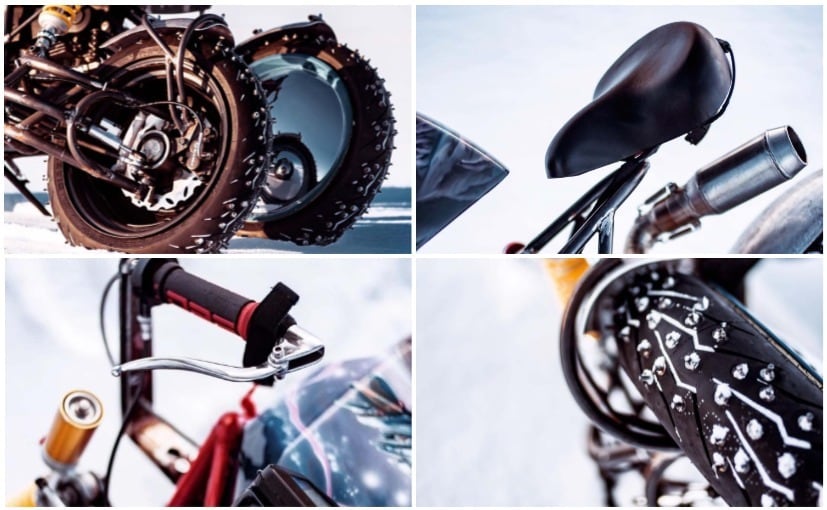 The set up is controlled by two tubular steel swingarms, which handle the vertical movement of the front wheels, fitted with hubs that mount the front wheel and brake assembly. The hubs are mounted on pivots and controlled by a series of levers and linkages that transmit the movement of the handlebars. And that's not all; a supercharger, studded tyres and unique looking controls finish the completely futuristic and apocalyptic look of the Yondu.

The Balamutti Yondu has been created by Vitaliy Selyukov, who plans to race the bike in the Baikal mile ice race, which takes place every year, in Siberia. Selyukov has also implemented a modified Garrett GT35 turbocharger and has created his own pulley arrangement and a custom blow-off valve system. How Selyukov fares at the Baikal Mile with the Yondu will be interesting to find out, but for now, we can certainly spend some time checking out this one-of-its-kind, machine. And yeah, it certainly will turn quite a few heads, come race day a Lake Baikal!