A prototype of the new flagship Husqvarna Svartpilen has been spotted out on test, somewhere in Europe. 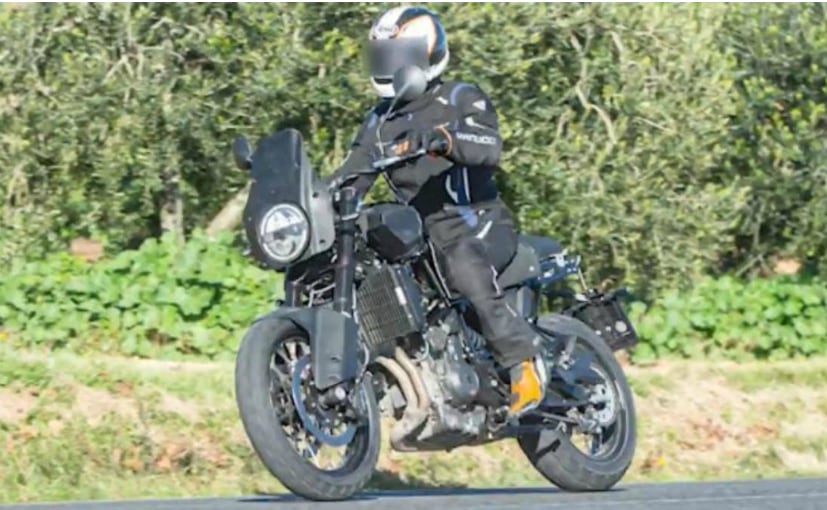 With the coronavirus lockdown gradually being eased around Europe and the rest of the world, motorcycle manufacturers seem to be gradually getting ready with future products. An early and stipped down prototype of what is said to be the most powerful model of the Husqvarna Svartpilen family has been spotted on test somewhere in Europe. The image though is possibly an earlier image from before the current coronavirus pandemic, and by now, Husqvarna has probably made several changes in the prototype. The Husqvarna 901 Svartpilen, as it will be called, will be based on the KTM 890 Duke, and will join the 401 Svartpilen and 701 Svartpilen.

Husqvarna models are based on parent company KTM's models. The 401 is based on the KTM 390 Duke, and the 701 shares the LC4 engine of the KTM 690 Enduro R and 690 SMC R. In this case, the Svartpilen 901 will use the 890 cc parallel-twin engine of the KTM 890 Duke R, which was unveiled earlier this year. The engine just doesn't get a displacement bump from the 790 Duke's mill, but also gets more performance, putting out 121 bhp of maximum power and 99 Nm of peak torque.

Also Read: All You Need To Know About The KTM 890 Duke

The stripped down prototype doesn't show much in terms of the bike's design. But going by previous iterations of the Svartpilen range, we can expect the similar neo-retro design of the 701 Svartpilen. The new test mule will be one of the new Husqvarna models that will share the KTM 890 engine, along with the Husqvarna 901 Norden, the first adventure-styled model from the Swedish brand. Both the 901 Norden, as well as the 901 Svartpilen are expected to debut as 2021 models, as Husqvarna looks to expand its model range and global presence.