Back in 2015, Hyundai was certainly looking at bringing one to the country, but was also the time when the development of the subcompact SUV started 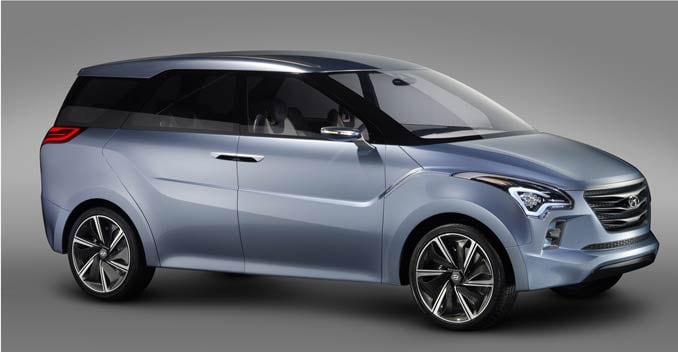 View Photos
The company showcased the Hexa Space in 2012, signalling an incling to launch an MPV

Hyundai Motor India is closely monitoring the segments it currently does not have a car in. For those who do not follow the auto segment frequently, well, Hyundai still does not have an entry-level car for now (though it did with the Eon) and it never has had an MPV in its portfolio. Back in 2012, Hyundai showcased the Hexa Space at the 2012 Auto Expo and this was followed by a statement in 2015 that it was certainly looking at bringing one to the country, but was also the time when the development of the subcompact SUV started, which was eventually launched last year. Now, the MPV segment in the country might not have grown much but there's still a lot of interest in it, which is why Mahindra launched the Marazzo, Maruti Suzuki brought in the XL6 and even Renault surprised everyone with the launch of the Triber, a truly well packaged product. Clearly, Hyundai is keeping tabs of what's going on in the market and it's in fact closely watching the MPV space.

In our latest episode of Freewheeling with SVP Tarun Garg, Director, Sales and Marketing, Hyundai Motor India, told Siddharth about the company's interest in the MPV space, "MPV as a segment, I think not only Ertiga but Renault in fact, redefined the segment altogether. It was very interesting and surprising to many of us, so yes there are opportunities available in India and we are looking at all available opportunities in all segments across portfolios, even MPV. We wait to see when we bite the bullet."

The development might have been kept on the back burner for now, but the dream of Hyundai launching an MPV in the country is very much alive. In fact, it was recently that the company has started testing the MPV in China and the spy shots suggest that the car will come with sliding doors, rather than the conventional ones. While, there's no confirmation yet on when it will hit Indian shores, we wait to see when the company deems it fit to launch one in the country.