The new generation Hyundai i20 gets a bolder design and larger proportions in the official sketches and will make its global debut at the 2020 Geneva Motor Show. 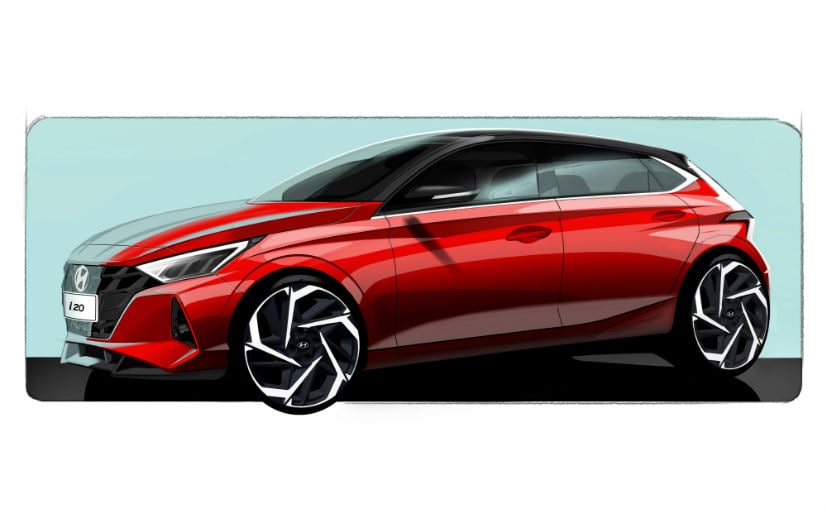 Hyundai has dropped the first sketches of the next-generation i20 hatchback ahead of its global debut at the 2020 Geneva Motor Show. Given that the current generation Hyundai i20 made its global debut in India at the 2014 Auto Expo, it was expected that the next-generation version will also be revealed here with India being one of the biggest markets for the hatchback. The official sketches provide a good look at the design with the model incorporating the Sensuous Sportiness design language that's seen across all the new models from Hyundai.

The new-generation Hyundai i20 sports a massive cascading grille at the front with large air intakes at either end. The headlamps look sharp and they look identical to the new Sonata in terms of design. Expect to see integrated LED DRLs and LED headlamps on the new model, while the bonnet gets a number of muscular elements. At the side, the sketch shows dual-tone alloy wheels and a sharply-styled C-pillar with coupe-like roofline integrating into the rear. 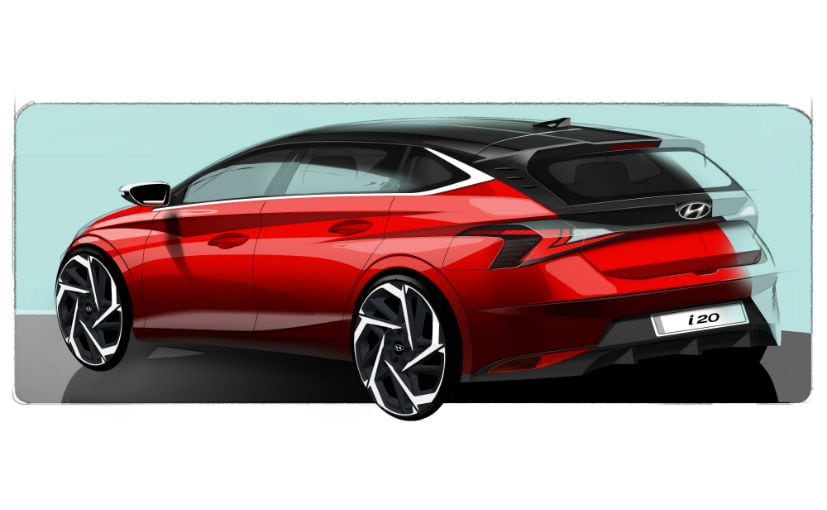 The rear profile shows some the massive new wraparound LED taillights on the new generation Hyundai i20 with a massive diffuser integrated into the bumper and a heavily styled boot-lid. The sketches also reveal a dual-tone finish with the blacked-out roof and ORVMs on the hatchback. It needs to be noted that this is the European version of the i20 and the India-spec model will see certain differences.

The interior on the new generation Hyundai i20 hasn't been revealed yet but the hatchback is expected to receive a complete overhaul with the dual 10.25-inch digital screens for the instrument console and infotainment system. The cabin will level up in terms of build quality and the features as well, and expect the car to wireless charging, BlueLink connected tech, leather seats and more. Expect Hyundai to liberate more room in the cabin as well with the new model that will improve legroom and shoulder room in the cabin.

Engine options too are yet to be revealed and the Euro-spec version is expected to get teh new 1.0-litre turbo petrol engine, along with the existing naturally-aspirated engines on offer. Complete details on the powertrain is expected when the model arrives at Geneva this year, along with the launch timeline for Europe and India.

The Hyundai i20 continues to be one of the most popular premium hatchbacks on sale and the new-generation version could make its way in India in the second half of the year. Engine options are likely to include the 1.0-litre turbo petrol, 1.2-litre petrol and the 1.5-litre diesel from the Hyundai Group. Keep watching this space for all the action from Geneva.