The Royal Enfield Meteor 350 may be more than just a rebranded Thunderbird 350, and will likely be positioned as a global product. 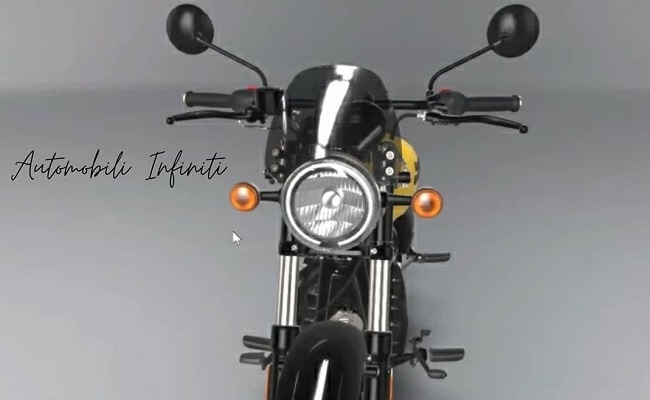 The Royal Enfield Meteor 350 will have a different headlight, asymmetric twin-pod instrument console and other cosmetic changes

To answer those questions, we take a close look at the upcoming Royal Enfield Meteor 350, and also look at Royal Enfield's strategic vision, not just as the leader in the 350-400 cc motorcycle segment in India, but also what Royal Enfield's immediate, and medium term strategy is. The new Meteor 350 is likely the production name for the internal codename of the upcoming Royal Enfield J1D model, rumoured to be a completely new platform, built around a new engine, as well as new chassis, and hopefully will be the first brand new engine after the hugely successful and popular 650 Twins.

At first glance, the Royal Enfield Meteor 350 may look like a refreshed and re-branded Thunderbird 350X. Yes, it has a similar silhouette, similar dimensions, and the familiar bright colours the Thunderbird 350X was identified with. The main differences, cosmetically, seems to be the new instrument console set-up and the new split seat design, together with other changes in the rear fender, headlight and taillight. The instrument console, certainly is the centre point of the changes, with an asymmetrical design, and could possibly offer far more information than the rather rudimentary set-up on the Thunderbird 350X. 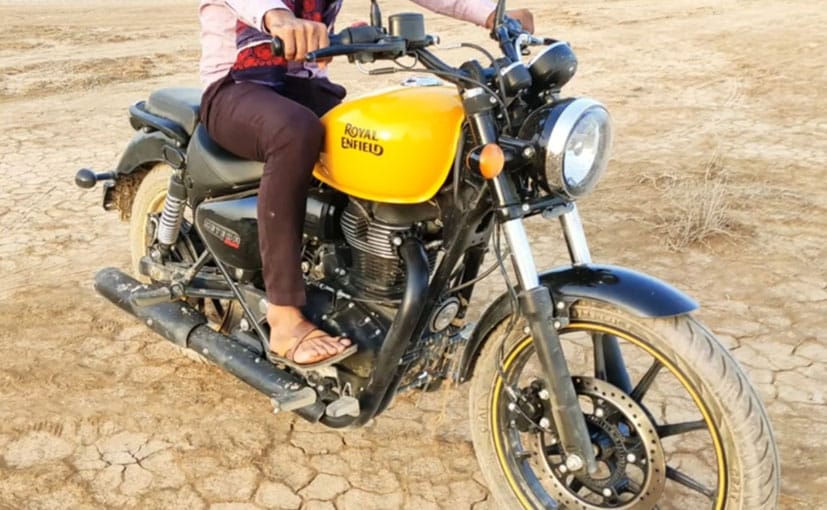 The biggest, and most significant changes are however, in the engine and the frame. Unlike the single downtube chassis of the Thunderbird 350X, the Royal Enfield Meteor 350 employs a double cradle chassis, and will likely offer better stability and handling than the Thunderbird 350X. More importantly though, are the changes to the engine. Although it's likely going to be a 350 cc, or an engine of around that size, the Meteor 350's engine will likely have significant changes, including different power and output than the 19 bhp UCE of the Classic 350, but will have accessible power not to overwhelm first-time riders. The Royal Enfield Meteor will likely have a slightly different engine, with more refinement and performance

The traditional push-rod architecture 350 cc unit of the Thunderbird 350 though is expected be replaced by a single overhead cam unit. This new engine is expected to be more free-revving and refined than the 350 cc singles Royal Enfield has used so far. And from the looks of it, it seems familiar to the one of the 650 Twins, so think of it as half the size of the parallel-twin unit used in the Interceptor 650 and the Continental GT 650.

Add to that, the possibility of a slick-shifting 6-speed gearbox, and you get one of the most modern singles from Royal Enfield ever, and so, a new name and a completely new platform to spearhead Royal Enfield's future product line-up. Of course, for purists, particularly for the India market, the push-rod 350 cc will remain, at least for now. Why change a platform which is your bread and butter product, eh? 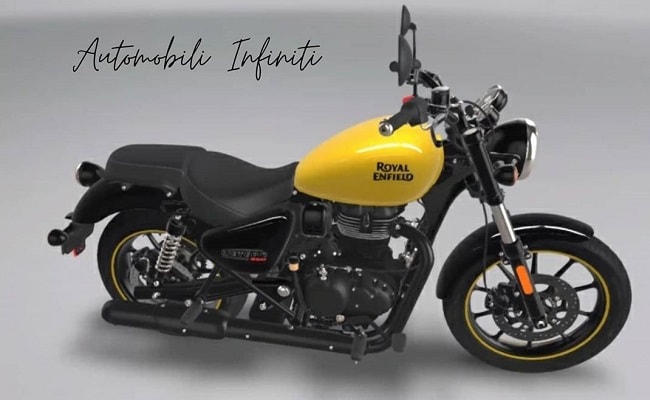 The Royal Enfield Meteor 350 will be positioned as a global product, and not just for the domestic market

Then there is the thing about Royal Enfield's new brand direction, and global strategy. It's no secret that Royal Enfield is pushing forward to becoming a leader in the mid-size motorcycle segment globally. The foundation for that strategy has been established by the 650 Twins, two excellent motorcycles offering the best of both worlds - performance and refinement, as well as a price tag which seems accessible, and affordable. The Meteor 350 will possibly be the first new age Royal Enfield motorcycle along with several others planned for the future, with names like Hunter, Sherpa, Flying Flea and Roadster. And some of these will be positioned as products for young adults, and even riders with experience of beginners.

And unlike the Royal Enfield Thunderbird 350X, the new Meteor 350 will be positioned as a global product, more specifically to become an even more accessible and affordable Royal Enfield in the Asia Pacific Region, so growing markets like South East Asia, and even Latin America. While the Thunderbird name is well-established and familiar in India, it may not be case in global markets, where the Thunderbird name is more associated with Triumph, and even Ford, in the four-wheeled world. So, what better choice than to revive a name from Royal Enfield's own history - the Meteor?

In a nutshell, the new Royal Enfield Meteor 350 may be a replacement for the Royal Enfield Thunderbird, but once launched, it may be anything resembling the Thunderbird, in terms of performance, handling and as a product. The Meteor 350, or the J1D platform, is likely to be the second most important product for Royal Enfield as the company looks to establish itself as a leading brand in the mid-size motorcycle segment globally.