The new-gen Hyundai i20 premium hatchback was officially unveiled in February 2020. Slated to be launched in India later this year, the upcoming i20 is the third-generation model and the car certainly looks bolder than before and that's because it follows the company's Sensuous Sportiness design language. The Hyundai i20 has been a strong seller for the company, not only in India but globally and the new-generation model promises to offer more in terms of looks, technology and driver engagement.

The next-gen Hyundai i20 gets an all-new style and we see that in the new cascading grille up front, flanked by the sweptback headlamps, which are LED units, and of course, get integrated LED DRLs, giving the car its signature look. Its visual stance is improved by its lowered roof (24mm), wider body (+30mm) and increased length (5mm), while the wheelbase has also been increased by 10mm. This is further augmented by newly designed 17-inch alloy wheels. The character line and unique C-pillar design add to the cars unique look. The redesigned unique lighting signature at the side connects seamlessly with the rear, emphasising the all-new i20's width and stance.

Inside, the new-gen i20 will come with an all-new cabin, featuring two new 10.25 - inch screens, consisting of a digital cluster and a navigation touchscreen, which are visually combined in the dashboard. The all-new i20 offers wireless connectivity for Apple CarPlay and Android Auto. It also comes with the Hyundai SmartSense safety package which includes new features like a new generation Forward Collision-Avoidance Assist (FCA) that now offers pedestrian and cyclist detection for even more assurance on the road, as well as Navigation-based Smart Cruise Control (NSCC).

The i20 unveiled for the European markets come with two engines with three transmission choices. The new addition is a 1.0 T-GDi, which is also offered with a 48-volt mild-hybrid system and is offered in two power tunes - 99 bhp or 118 bhp. It is available with a 7-speed dual-clutch transmission (7DCT) or a newly developed 6-speed manual. There's also a 1.2-litre MPi 4-cylinder engine on offer which offers 83 bhp and is mated to a five-speed manual transmission. India too might get these powertrains. 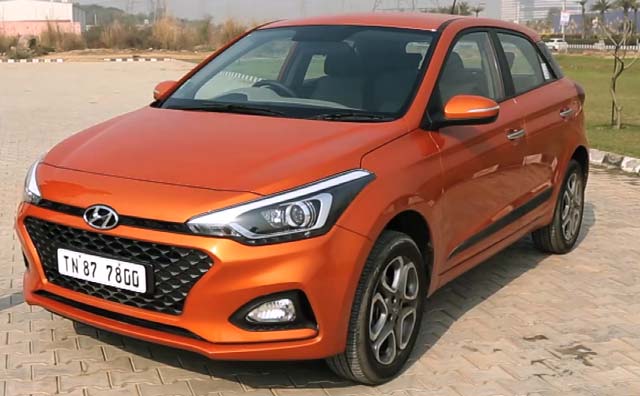