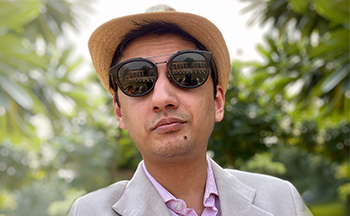 Connect with this author

Sahil or Bones, as he is known to everyone, is a heady cocktail of work and play. While most people know him for the gadgets he is always reviewing during the day, by night he’s a music buff and will often be found covering the best gig in town. Even with the shutters down, he will be using the same tech gadgets to chronicle the night. That’s what Bones is all about because work equals to play for him and play turns into work. And now at carandbike, his toys are just getting bigger. Other than this he can be found in his basement playing with his 11 dogs, recording or writing something about tech while watching an episode of Star Trek. Or just blasting some progressive metal while doing all of the above.

Alfa Romeo is yet to confirm its 2021 driver line up but widely F1s most experienced driver Kimi Raikkonen is expected to be retained.

Continental To Become Apex LiDAR Manufacturer With Investment In AEye

With this investment in AEye, Continental will utilise its LiDAR technology which is set for production at the end of 2024.

Comma.AI CEO Believes Tesla Should Sell Its Self Driving Chips

Tesla had claimed at launch that its self-driving chip was 21 times faster at a frame per second processing while only increasing power consumption slightly.

Waymo And Daimler Are Partnering For Self Driving Trucks

The Waymo Driver platform will elevate the ADAS capability of this truck beyond level 4. It will be able to handle most driving conditions.

Toto Wolffe has repeatedly said that Lewis Hamilton and he have not found the time to close the deal thanks to the unique nature of the season.

Vettel is leaving the team at the end of 2020 while Ferrari has earmarked Leclerc as its star for the future handing him a long term 5 year contract.

Mercedes Has Not Given Up On Self Driving Cars

Mercedes also doesn't have ambitions to enter the ride-sharing market which is being viewed as one of the tentpole models.

The Mercedes EQ team had already been using DJI's products since the Mexico City E-Prix which included the DJI action camera.

As per a report by Electrek, Tesla is working on a network with third parties who could help build it up as a standard.

Chinese EV Startup XPENG To Release Self Driving Capability in 2021

This comes at a time when Tesla is also already providing a beta of its full self-driving capability.

The British driver scored his 97th pole position setting him up for another race win which will make him the most successful F1 driver of all time.

Importantly for Tesla, this means it has even more cash on hand. It has $14.5 billion in cash

Tesla Fires The Man Behind Its GigaFactories

Horetsky joined the world's most valuable automative company in 2015 to setup its first Nevada Gigafactory project.

Hamilton now has come out stated his surprise in Petrovs appointment as F1 Stewart for the Portuguese GP.

Many Indian states are now courting Tesla as it prepares to scale factories and production beyond China, Europe and the US.

Ferrari is also said to be working 0n a new engine for 2021 and it will spend its two tokens on the rear end of the car.

After making us wait for ages, Royal Enfield has finally announced the launch date for the Meteor 350. The highly-anticipated Meteor 350 will be launched on November 6, 2020.

Tesla CyberTruck To Get "Lots Of Improvements" Says Musk

It is considered to be something of a necessity for competitiveness in terms of range.

It is likely that this tyre blow happened when Hamilton was enroute to Portimao for the Portuguese GP which returns this weekend after a gap of 24 years.

This is not the first time the company has done this as it recently increased the range of the Model 3 by 15 miles.

Under Fisker Automotive, the Revero was a plug-in hybrid but now this car has a full range of 644 kilometres that's coming in 2021.

Elon Musk's Vegas Loop May Not Be As Good As Advertised