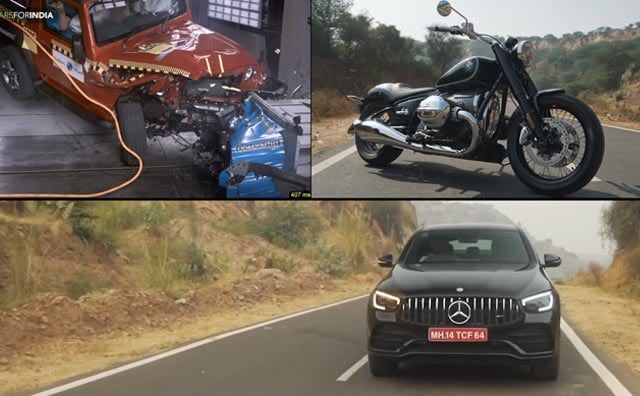 BMW Motorrad has finally launched its flagship cruiser, BMW R 18 in India with a starting price of Rs. 18.90 lakh (ex-showroom). The modern heavyweight cruiser comes in two variants – the standard and the First Edition. The BMW R 18 First Edition costs Rs. 21.90 lakh (ex-showroom). To be sold in the country through completely built-up unit (CBU) route, the BMW R 18 motorcycle takes on the Harley-Davidson Fat Boy and the Triumph Rocket 3 GT. It comes powered by the most powerful boxer engine in series production by the company.

The motorcycle draws its inspiration from the BMW R5, a popular motorcycle that was in production during the late 1930s. The modern cruiser gets retro styling elements such as circular headlamp, wide handlebars, an exhaust pipe finished in chrome, spoked wheels and more. The regular model of the R 18 is a blacked-out version while the first edition unit gets more white pinstripes and chrome. The latter also gets seat badge with a 'First Edition' clasp, a copper-lettered logo on the tank and a Blackstorm metallic colour.

Talking about the features, the BMW R 18 gets all-LED lighting setup, analog instrument cluster, heated grips and optional reverse gear, ABS, traction control, hill-hold assist and switchable Automatic Stability Control (ASC), and more. It also gets three riding modes - Rain, Roll and Rock. For suspension, the bike gets telescopic forks at the front and a mono-shock unit at the rear. The braking system consists of a twin-disc brake at the front and a single disc brake at the rear along with four-piston fixed callipers.

BMW R 18 Price in Other Cities