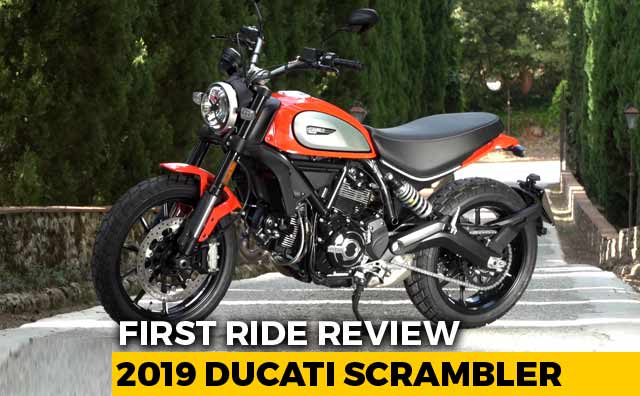 Ducati India has brought some extremely fun products to the Indian shores this year, and is closing 2017 with a new variant of its entry-level Scrambler motorcycle. The Ducati Scrambler Mach 2.0 is now on sale in the country and has been priced at Rs 8.52 lakh (ex-showroom, India). Over the standard Scrambler, the Mach 2.0 gets visual upgrades including a special paint scheme created by Californian designer Roland Sands that uses colours inspired by the West Coast style of the 1970s. There are styling upgrades as well over the standard version, which gives the Mach 2.0 a distinctive appeal.

The bike's 'Post-heritage' design is a contemporary take on the iconic bike built by Ducati back in the 60s and 70s. That said, it is not to be mistaken for a retro bike, or at least that's what Ducati says. It gets wide handlebars and a long seat, which, together with the low weight, low centre of gravity and slightly knobby tyres, promise a fun ride all along. The headlamp, along with the tank, forms an important part of the Scrambler's look. The design is proportions are appealing, the overall look is rounded, classical and yet extremely modern; it features a glass parabola and an ultra-modern LED light guide around the rim that acts as a side light. The Scrambler is powered by an oil and air-cooled L-twin two-valve 803cc engine that develops 74bhp and 68Nm of torque. The engine is linked up to a 6-speed gearbox.

Ducati Scrambler Price in Other Cities