Hyundai plans to leverage the abundant interior space and vast power supply capacity of EVs to integrate home electronics and appliances in its future IONIQ models, all customizable depending on customers' needs and lifestyles,

Hyundai has partnered with LG electronics for this showcase
The first vehicle based on this will come early next year
LG is one of the foremost players in the flexible OLED space so this partnership makes a lot of sense.

To be offered with an option of three electric powertrains, Hyundai Ioniq is the first model in the world to come up with such an option. Hyundai is working on three versions of the model-Ioniq Hybrid, Ioniq Electric and Ioniq Plug-in. The hybrid and Plug-in versions will share the new kappa 1.6 litre, four cylinder, GDI petrol engine producing 104bhp along with 147Nm and will come mated to a six-speed dual clutch gearbox.

Other Upcoming Hyundai Models are the Alcazar and New Kona Electric 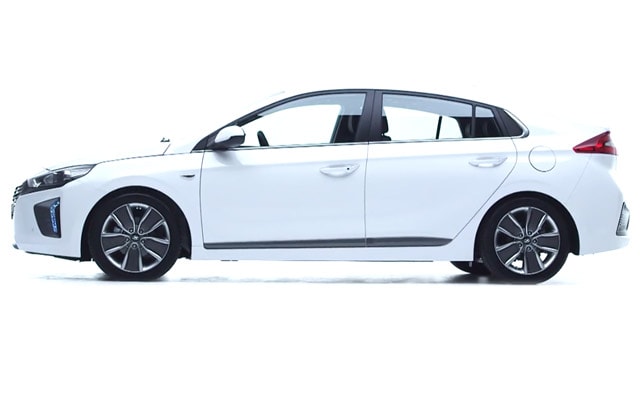