car&bike Expert Rating
0
8.1
10
The Ninja 650 may be a middleweight, but it feels like a small bike, and it doesn't have the intake roar or exhaust note associated with a high-performance motorcycle. It feels at ease handling traffic, and is equally comfortable on the highway, if you're in the mood for occasional long-distance touring. If you're looking to upgrade from a smaller bike, or you're new to motorcycling, the Kawasaki Ninja 650 could well be all the bike you need.
Read More

India Kawasaki Motors launched the 2023 Model Year (MY) Kawasaki Ninja 650 in November 2023. The updated middleweight sports touring motorcycle for MY23 is priced at Rs. 7.12 lakh (ex- showroom, India) and is offered in only one colour - Lime Green. Also, like the 2023 Kawasaki Versys 650, this too comes with the company KTRC (Kawasaki Traction Control) technology. Currently, the motorcycle doesn’t really have a direct rival in India, however, it’s closes competition would be the Honda CBR650R in the 650 cc segment.

Visually, the Kawasaki Ninja 650 now also comes with ZX-10R-inspired livery, giving it a much sportier appearance, along with sharper twin LED headlamps. However, the visual changes made to the bike are largely limited to that. In terms of other features, the 2023 Kawasaki Ninja 650 now also comes with an updated instrument cluster, featuring a 4.3-inch TFT display. It also gets smartphone connectivity which can be accessed by the Rideology mobile app.

As for the KRTC, the advanced traction control come with two modes to suit different riding situation and preference. Mode 1 is the least intrusive, helping to manage traction during cornering and is designed with sport riding in mind. In Mode 2, intervention occurs earlier, meaning when excessive wheel spin is detected the engine output is reduced to allow grip to be regained. This can help riders navigate wet pavement or bad stretches of road with more ease. You also have the option to turn the system off entirely.

The Kawasaki Ninja 650 is one of the most well-balanced motorcycles in its class. The bike continues to be powered by the same 649 cc liquid-cooled, 4-stroke parallel-twin engine that is tuned to make 67.3 bhp at 8000 rpm and develops 64 Nm of peak torque. The motor comes mated to a 6-speed gearbox.

With regards to the cycle parts, the bike comes with 41 mm telescopic front forks and horizontal back-link suspension with preload at the back. Braking duties are handled by a pair of 300 mm, semi-ﬂoating, petal discs up front and a single 220 mm disc at the rear, equipped with dual channel ABS (anti-lock braking system). The bike now also runs a set of Dunlop Sportmax Roadsport 2 tyres. 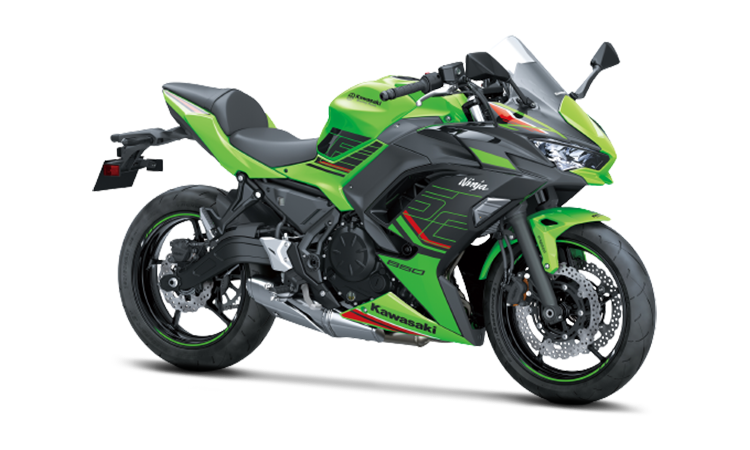 How is the design of the Kawasaki Ninja 650?

When you see the new design language of Kawasaki Ninja 650, you will surely be reminded of its predecessor. There are several similarities between both, but certain subtle differences that Kawasaki has added to make this bike even more appealing than the one before. A newly built fairing and a twin-led set of headlights give this rendition a much more muscular appeal. You can find this bike's design to be very similar to the Ninja 400 and Ninja ZX-6R. It also boasts a bigger fuel tank, integrated fairing indicators and split style seats which give it the sporty feel every customer has been looking for. All in all, you will surely grab your eyes when you are riding this bike on the streets.

How does the Kawasaki Ninja 650 ride?

When it comes to the ride quality, the Kawasaki Ninja 650 does not disappoint., there have been a couple of changes as well as innovations that have allowed it to be more efficient while also being more convenient.. That said, Kawasaki has also made sure that the bike performs well on city roads as well. This makes this bike an all-rounder, and a must have if you are looking for something that can work as well on city roads as on highways.

How comfortable is Kawasaki Ninja 650?

The Kawasaki Ninja 650 is quite comfortable when you compare it to the models available in the market.With a seating position and handlebar alignment that offers the perfect stance for the rider, there will surely be no complaints from the rider. However, some issues have come up with the pillion seat being too high and the absence of a grab-rail to hold on to. The pre-adjustable mono-shock at the back and 41 mm telescopic forks in the front allow the bike to absorb any and all kinds of bumps with ease. This further makes the ride seamless and more comfortable. The 300 mm disc brake in the front and a single 220 mm disc at the back takes care of the braking duties. Overall, you will really like how this bike performs and stays stable at high speeds and corners.

How is the tech?

Technology innovation is where the Kawasaki Ninja 650 shines. Kawasaki has ensured to leave no stone unturned and provided all the new and exciting features in the industry. For the instrument cluster, you will get a 4.3 inch TFT display that is capable of showcasing all colours and comes with Bluetooth connectivity. This further means that you can pair your mobile device to your bike's screen through a dedicated app. This app allows the transfer of data both ways, and you can get vital information about your bikes like ride data or your motorcycle status directly on your phone. However, it has cut some corners when it comes to calling and music control and navigation functions.

How’s the mileage of the Kawasaki Ninja 650?

With a 649 cc engine, the Kawasaki Ninja 650 can provide an overall mileage of 21 kmpl under ideal conditions.

How is the performance of the Kawasaki Ninja 650?

Performance is one of the USPs of the brand new Kawasaki Ninja 650. It comes with an engine capacity of 649 c, which is not only powerful but also quite efficient. Although Kawasaki had to cut down on the maximum torque of this bike by 1.7 Nm due to the new BS-VI guidelines, it surely does not take much away from the bike. This beast of a machine can offer a maximum power output of 67.2 bhp @ 8000 rpm and a newer and lower peak torque of 64 Nm @ 6700 rpm now. In addition to that, because of the newer BS-VI norms, Kawasaki also had to make some changes to its airbox and add a new exhaust system. Even though these subtle changes might seem like a lot, it surely does not take away from the performance of the bike, and the Kawasaki Ninja 650 continues to wow its customers.

Is the Kawasaki Ninja 650 good value for money?

Considering the price of the bike and the brand value, it is safe to say that you are getting a good deal. The Kawasaki Ninja has been a cult bikerange, and now with the Kawasaki Ninja 650, they are only making it better. In addition to some of the latest features in a bike, you are also getting a guarantee of service from Kawasaki. You will surely not regret paying the said amount for this bike. 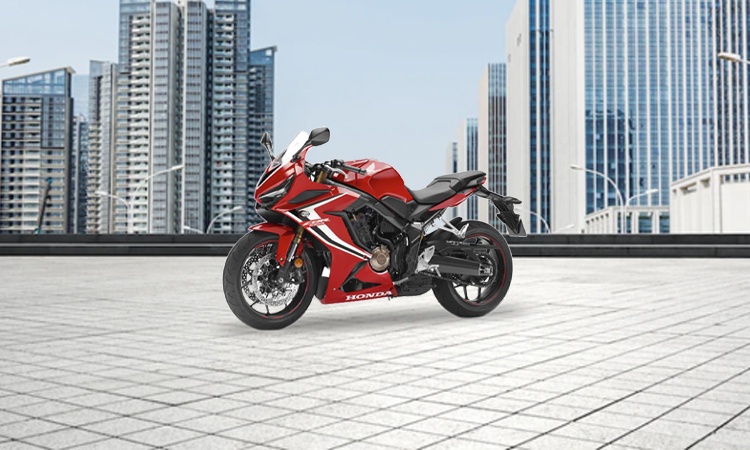 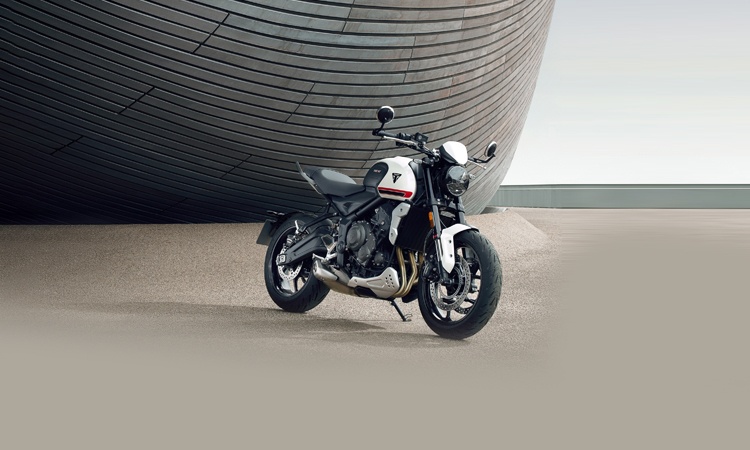 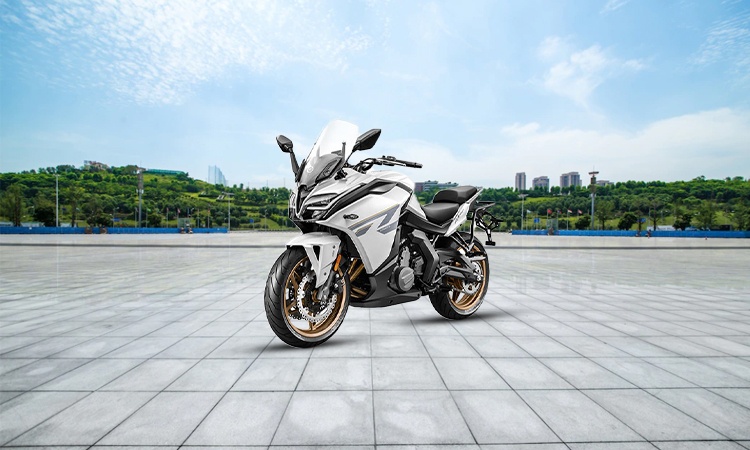