The Audi e-Tron is the first electric vehicle to be introduced by the Ingolstadt-based carmaker, and the SUV made its global debut at the Geneva International Motor Show 2018. The Audi e-Tron is also on sale in several global markets, and the German automaker will be launching the electric SUV in India later this year in the second half of 2019. Ahead of its launch, Audi India has also planned to showcase the e-Tron SUV in India on June 27, 2019, making it the first electric car from a luxury carmaker reach the Indian shores. 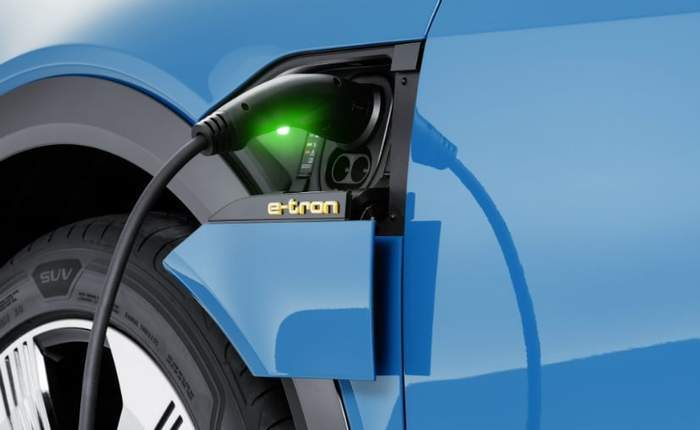 The Audi e-Tron gets a sharp and edgy styling along with keeping it more conventional than wild, as was the case for earlier concept models. The front end gets an octagonal grille with active flaps, which allow air to pass through and cool the front axle motor. From the sides, the e-Tron SUV has a typical crossover silhouette and when it comes to size, the e-Tron sits between the Audi Q5 and the Audi Q7, while the rear comes with a sloping roofline along with the LED taillights which run across the boot of the SUV. 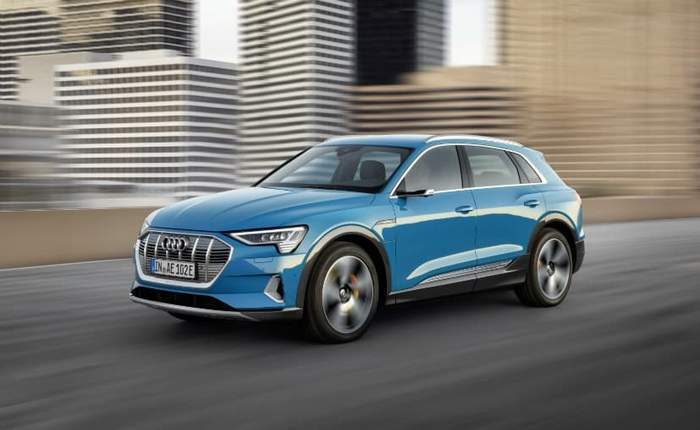 In terms of dimensions, the e-Tron measures 4,901 mm in length, 1,935 mm wide and 1,616 mm high. It offers the spaciousness and comfort of a typical full-size Audi SUV with a wheelbase of 2,928 mm. The total luggage capacity is 660 litres along with 60 more litres under the hood up front, which is actually dedicated to store tools, charging wire and maybe a first aid kit.

The cabin of the Audi e-Tron comes with a futuristic design with all controls being distributed between the three display panels on the dashboard. The e-Tron is also the first production vehicle in the world to come with virtual camera rear view mirrors. The SUV basically uses high definition cameras in place of actual wing mirrors, projecting the rear-view image on two display screens mounted on the front doors. 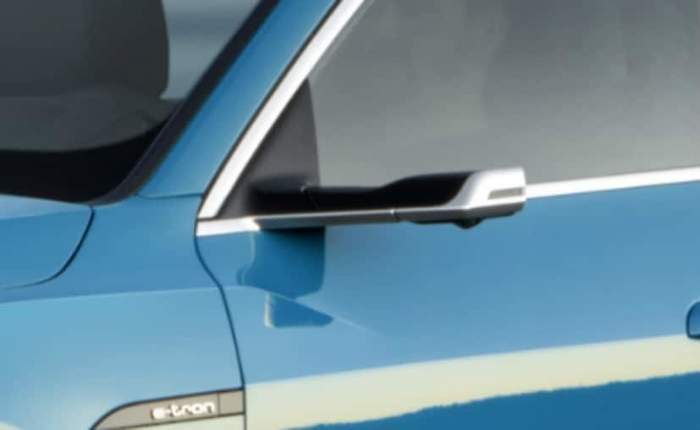 The Audi e-Tron SUV gets its power from two electric motors, which are mounted one on each of the two axles. The one on the front makes 125 kW, while the rear motor makes 140 kW, offering a combined total output of 265 kW or 355 bhp, which developing a peak torque of 561 Nm. Audi also offers a boost mode, in which the power output goes up to 300 kW or 408 bhp. The Audi e-Tron SUV has a range of 400 km on a single charge according to WLTP cycle and can touch a top speed of 200 kmph. Also, the 0-100 kmph sprint is done in 6.6 seconds in the normal mode and 5.7 seconds in the boost mode. Being an Audi SUV, quattro is standard fitment. The SUV gets 432 cells in 36 modules which are packed together on the floor of the vehicle and have a combined weight of 699 kg with power capacity of 95 kWh.

Other Upcoming Audi Models are the New Q3, New Q7, New A3 and New Q5 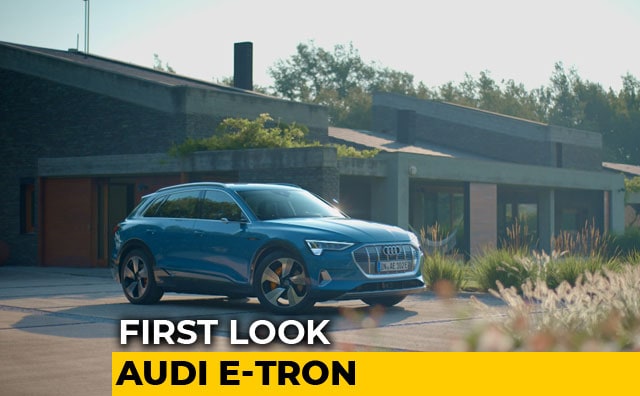