Audi Q2, the smallest crossover SUV in Audi’s Q series will be positioned below the popular Q3 model in India. Previewed at the 2016 Geneva Motor Show, Audi Q2 is aimed at the younger audience. It has a bold stance and sports new styling tenet that ‘exhibits an independent character within Q family’.

Audi Q2 will be the new addition to the popular Q series in Audi India’s portfolio. The entry level SUV is built on a contemporary design language with key styling inputs reinforcing the edgy look. It will also get a well-laid out cabin with Audi’s virtual cockpit and an array of equipment including a touchpad, smartphone interface etc. The international model will receive multiple engine options as opposed to the India-spec model that will get a petrol unit and an oil burner.

Dimensionally, it measures 4.19 meters long, 1.79 meters wide and 1.51 meters high. The modish design tenet adds value to the visual appearance which is further bolstered by the single-frame octagonal grille in front, large air-intakes, long roof spoiler and a diffuser. The low roof merges into the C-pillars and concave flanks merge in the door area.

The India-spec Audi Q2 will get two engine choices. The petrol variants will derive power from the 1.0 litre TFSI petrol engine putting out maximum power of 114bhp, whereas the 2.0 litre, oil burner will produce power in two states of tune. Both the engines will be paired to the seven-speed S tronic transmission.

The affordably priced, entry level crossover SUV space is gaining traction in India. Considering the rising demand for premium SUVs the segment will soon swell in size with launch of new models in the coming years. As for the all new Audi Q2, it will be pitted against recently launched Hyundai Tucson and the upcoming entry level Jeep C-SUV.

The new entry level crossover SUV in Audi’s range of SUVs will carry an affordable price. As suggested above, the SUV will be positioned below Q3 in the line-up and hence will be priced under Rs 25 lakh. That said, the Audi Q2 price is expected to fall in the bracket of Rs 20 lakh to Rs 25 lakh. 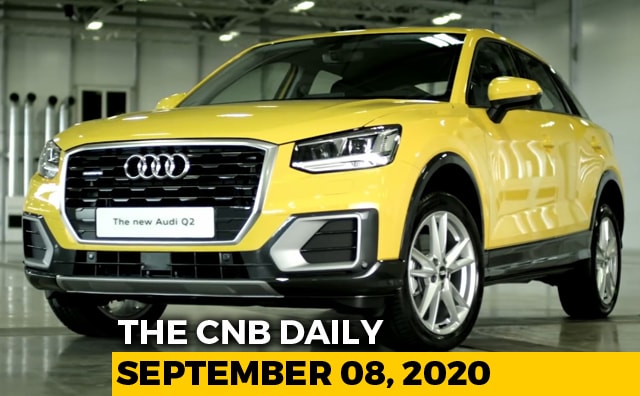