Authentic Bhutan: My Jaunt To The Land Of The Thunder Dragon 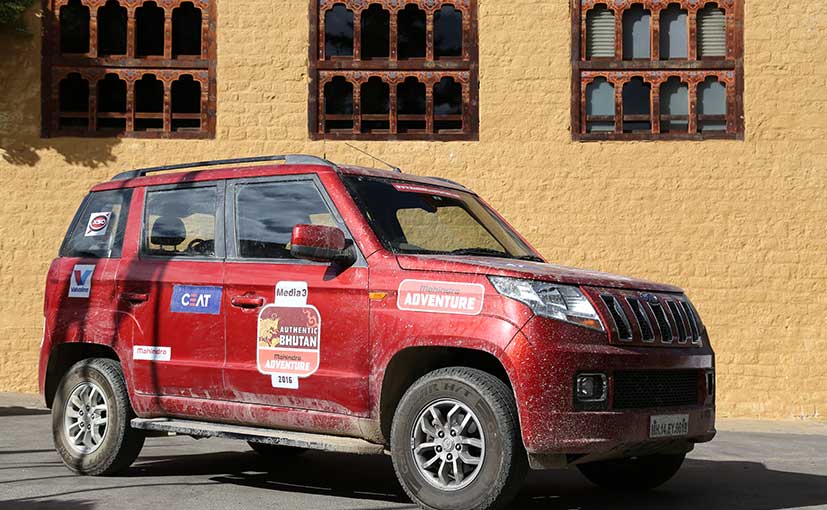 I could start off with the common empty rhetoric about how much I love to travel and use a handful of adjectives to describe what it means to me. But that feels a little redundant - I mean who doesn't love to get away from the daily grind? Mahindra recently invited us to join its first ever adventure to Bhutan. There were a handful of things that made this expedition thoroughly interesting; first, this was my maiden foreign trip. Second, I was driving. Finally, and this I realised only upon reaching the flag-off venue, the Authentic Bhutan was Mahindra Adventure's largest ever expedition. 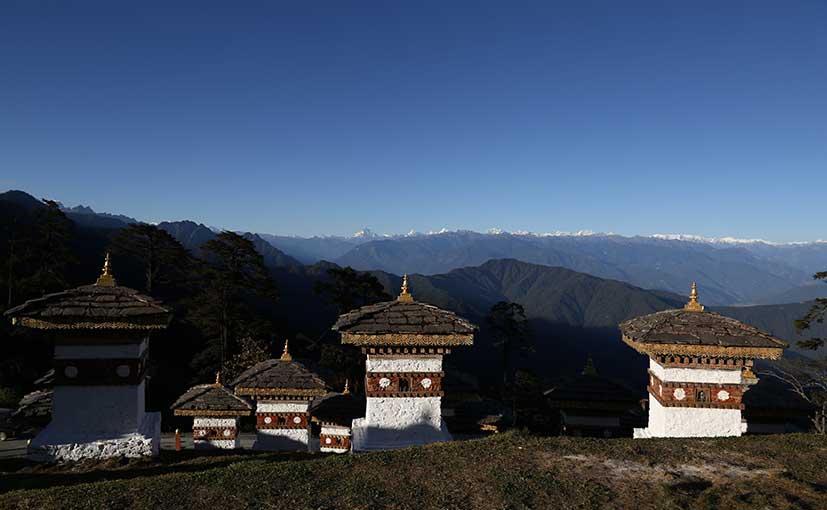 The CarAndBike team joined Mahindra's week-long 'Authentic Bhutan' expedition in Chalsa on the eve of the day the 35-car convoy set off to explore the stunning Bhutan. Comfortable in our Mahindra TUV300, we made our way from the quaint town situated on the foot of the Himalayas in the Duars (Jalpaiguri district, West Bengal) to Phuentsholing, a border town in Bhutan, on the morning of 7th November and reached at 9:00 am - precisely the time the itinerary had laid out. Now, this may not seem like a big deal at first glance, but consider the 80+ people in 35 cars and you'd understand why I was both surprised and impressed. 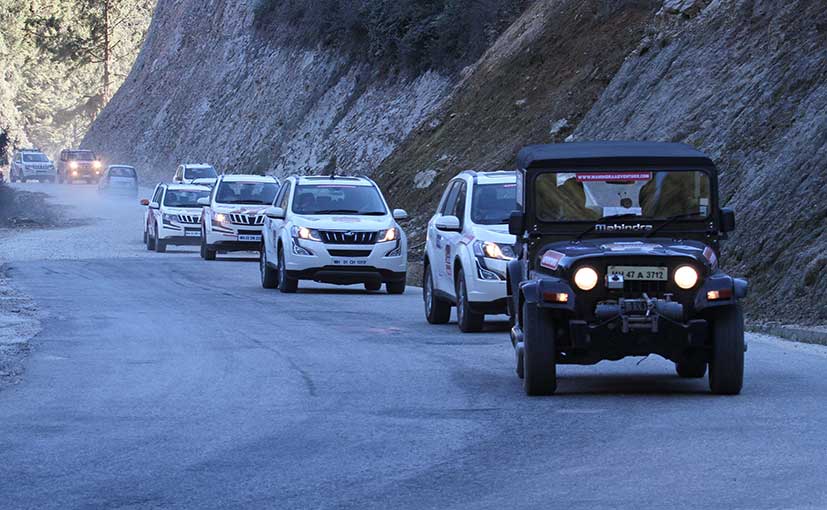 The TUV300 too was quite impressive. With the automated manual transmission, the car was a breeze to drive and there were no hiccups from it. Sure, the gear change is delayed causing the engine to groan before the gear slots and you move ahead. Yet, the NVH levels on the car are just phenomenal. It's good to see how this car provides great visibility and is also a neat thing to drive around in. 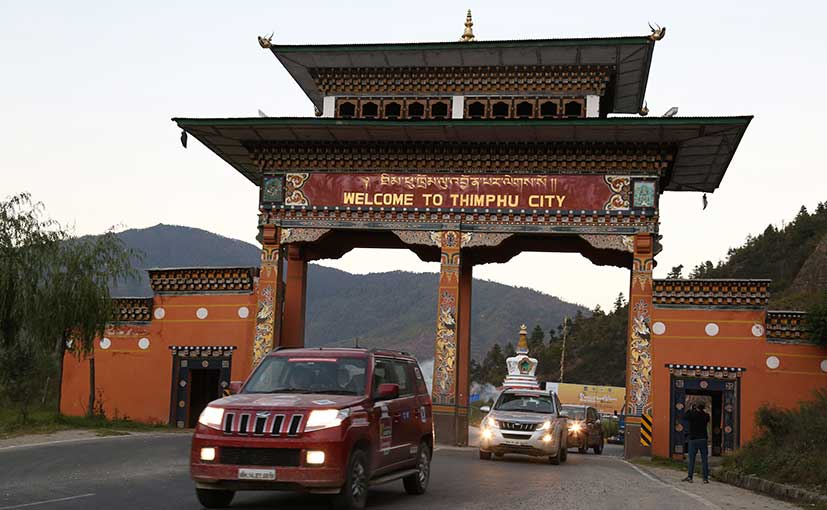 Moving on - after a short break at Hotel Druk, the group headed to the regional immigration office for the entry permits. While Mahindra had all our papers in place to ensure swift movement across the border, we faced some technical difficulties with the immigration office's systems - the two-three hours process ended up taking nearly seven hours. Once the permits and vehicle approval were in place, the convoy proceeded to the Kingdom of Bhutan's capital city - Thimphu, covering nearly 170 km though mostly in the dark of the evening. 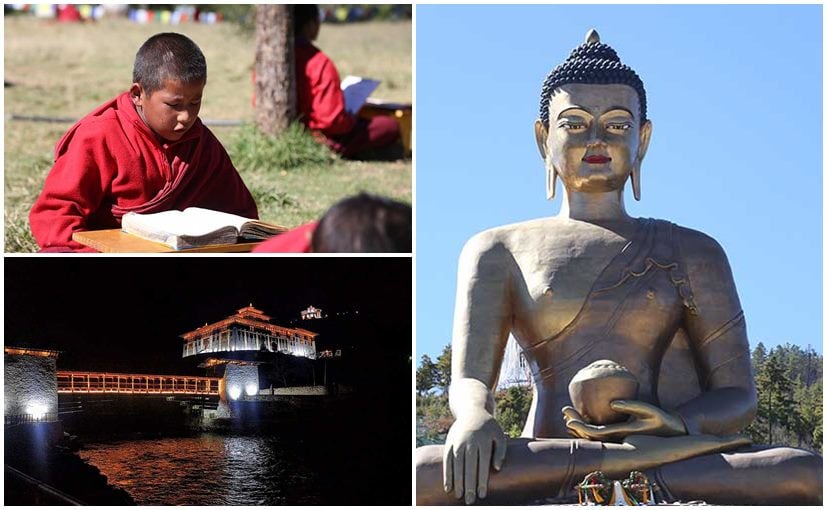 Though exhausted from the previous day's travel, I couldn't wait to see what our neighbour's largest city looked like. While I originally intended to see the 51m-tall Buddha Dordenma statue, ongoing festivities had caused a massive traffic jam on the way leading up to the majestic landmark. So, I decided to stroll through Norzin Lam (Thimphu's primary thoroughfare) before we set off to our next destination: Punakha. The 80 km drive included a stop at the Dochula pass that is home to the Druk Wangyal Chortens and also offers a panoramic view of the Himalayan mountain range. 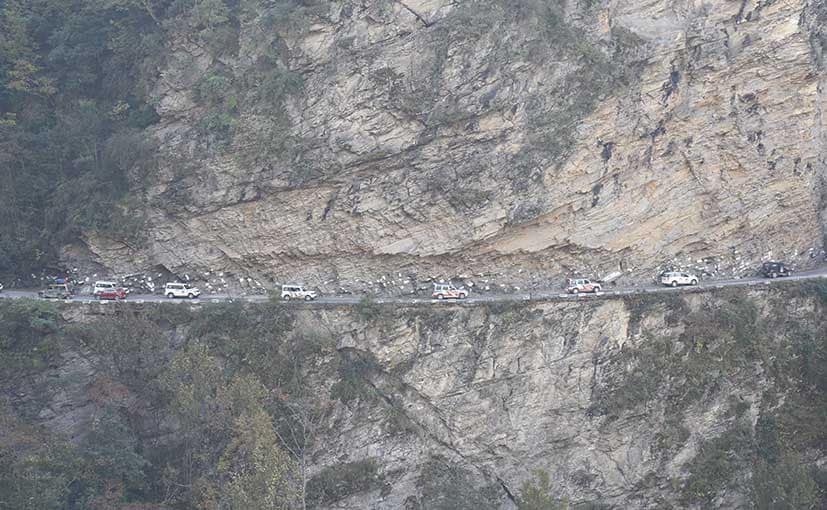 It was here that the TUV300 was a bit, well, out of place. It was not the car though it was the gearbox, and climbing up I sure hoped I was driving a manual. Mahindra gives an option though and you can slot it into manual and enjoy a bit of tip-tronic-esque fun. It reacts to your command, albeit a little slower than you expect and this is where I missed driving a manual transmission car. 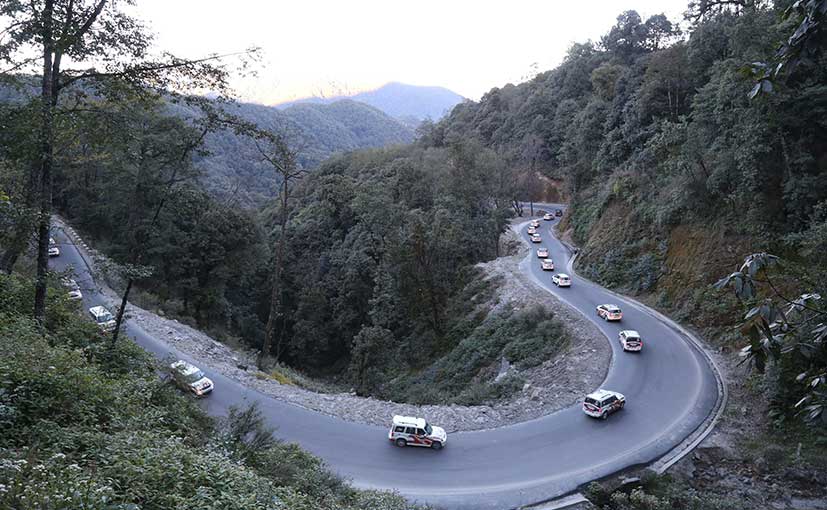 Our jaunt across western Bhutan had been going swimmingly till the night of 8 November, when Indian Prime Minister Narendra Modi announced the demonetization of ₹ 1,000 and ₹ 500 notes. The announcement sent most of the convoy into a slight panic the next morning since pretty much most of our cash was in the recently demonetized denominations. Questions about refuelling the cars and buying rations for the drive started to float around, but the Mahindra and XSO team quickly found a way around it and we headed out for the day's excursions around the Punakha valley. 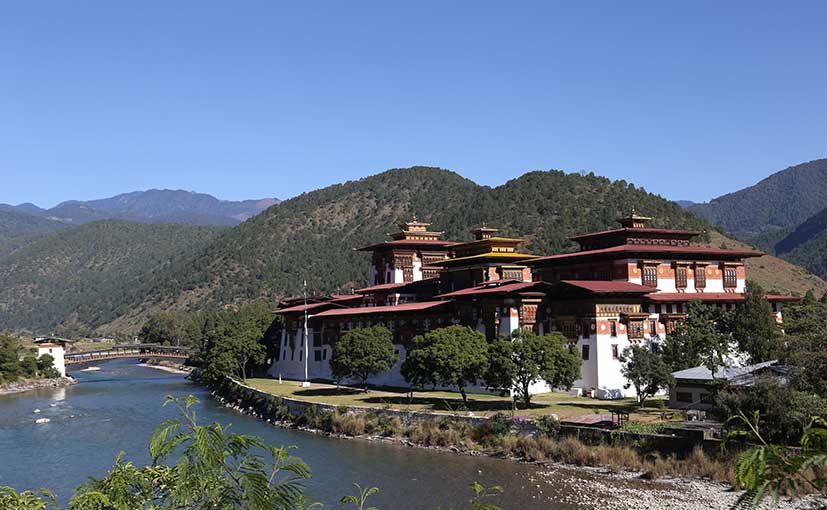 The valley is home to the stately Punakha Dzong, which is built at the confluence of Bhutan's two major rivers: Pho Chhu and Mo Chhu. After wandering around the revered edifice with wide-eyed wonder, the convoy decided to pay a brief visit to the famed Chimi Lhakhang a.k.a. the fertility temple before proceeding to our final destination in the country: Paro. Located in a flat valley bottom, the town has over 155 temples and monasteries including Bhutan's most celebrated landmark - the Taktsang Monastery (the Tiger's Nest). The name is derived from the legend that Guru Padmasmbahva, the man who introduced Buddhism in Bhutan, meditated in a cave upon the cliff before assuming a form astraddle a tigress to vanquish evil spirits. 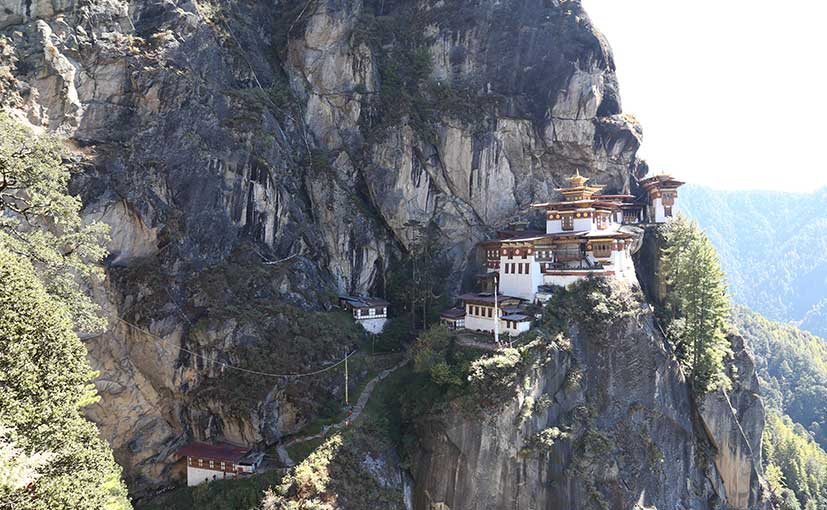 Of all the places I visited in Bhutan, Paro is something else. It is perhaps the will it takes to trek to the Tiger's Nest or the satisfaction one feels upon seeing the monastery. Maybe it is the scintillating view of the Rinpung Dzong as the chilly breeze gently caresses your face. While I may not be able to put a finger on exactly what made it so distinctively appealing to me, I can offer one piece of advice: whenever you visit this town, be sure to spend at least 4 - 5 days here. 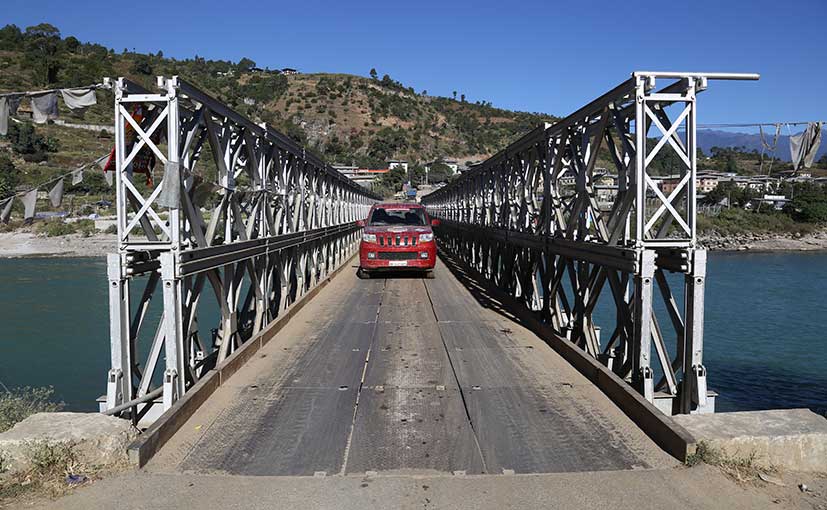 The Mahindra TUV300 in Punakha

With wistful smiles, the convoy set off to return to Chalsa the next morning, thus concluding the Mahindra Authentic Bhutan Expedition. It is true what they say - we are a sum of our experiences and I am richer for having added this adventure to the equation.

If you plan to travel to Bhutan, here are some tips and tricks to keep in mind: