The Nissan Magnite will be offered in India in four trim levels
There will be two powertrain options to choose from.
The top-end trim also gets the optional connected car tech.

The upcoming Nissan Magnite subcompact SUV will be offered in four key trims - XE, XL, XV Upper and XV Premium with 20 different grades, based on optional features, along with engine and transmission choices.

Just days after photos of the new Nissan Magnite rolling out of the production line leaked online, the company has now officially announced beginning the production of its upcoming subcompact SUV. The car is being produced at the company's manufacturing facility, in Oragadam, Chennai, and the same facility will cater to both the domestic as well as the export markets of the new Magnite. Nissan has announced a launch date of the new SUV November 26 ,2020.

Nissan India has also revealed that the new Magnite will get two petrol engine options. First one will be the 1.0-litre naturally aspirated petrol engine, which currently does duty on the Renault Triber, and a new 1.0-litre turbocharged petrol engine also developed my Renault, which was showcased at the 2020 Auto Expo. While the former will come with a 5-speed manual gearbox as standard, the turbo-petrol version will get the option of both the 5-speed manual as well as a CVT automatic transmission.

As for variants, the new Nissan Magnite will be offered in four key trims - XE, XL, XV Upper and XV Premium, which are further classified into 20 different grades, based on optional features, along with engine and transmission choices. The base variant XE comes with 16-inch wheels, skid plates, functional roof rails, 3.5-inch LCD cluster, all-power windows and dual-tone interiors as standard. The mid-spec XL trim additionally gets - 6 speakers, steering wheel audio control, automatic AC and electrically adjustable and foldable ORVMs.

Other Upcoming Nissan Models are the Leaf and New X-Trail 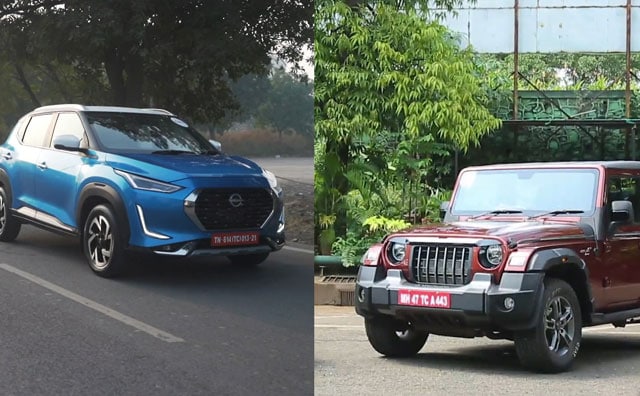 Nissan Car Dealers in Other Cities