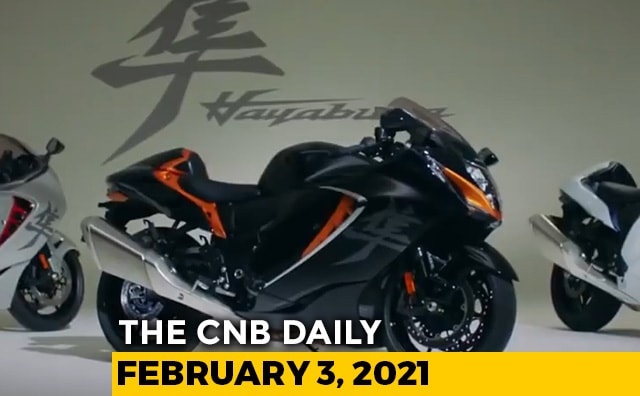 Suzuki Motorcycle India Private Limited (SMIPL), the Indian subsidiary of Suzuki Motor Corporation, Japan, has launched the 2020 edition of the Suzuki Hayabusa. The 2020 Suzuki Hayabusa is available in two new colours - Metallic Thunder Gray and Candy Daring Red but has not undergone any mechanical changes or been updated to meet the upcoming Bharat Stage VI (BS6) emission regulations which will come into effect from April 1, 2020. According to Suzuki India, the 2020 Hayabusa will be available in limited numbers and will get new graphics and a new front brake caliper. Prices for the 2020 Suzuki Hayabusa remain unchanged at Rs 13,74,941 (ex-showroom, Delhi).

"Suzuki Hayabusa has been the most preferred choice of the bike enthusiasts around the world for more than two decades now. Suzuki Hayabusa stands for its sensational power, smooth ride and overwhelming presence across countries. It enjoys a huge fan base among the enthusiasts in India as well. Moreover, it was the first one to become 'Made-in-India' big-bike from Suzuki Motorcycle India. Yet again, we are excited to offer the 2020 edition of the legendary Hayabusa," said Koichiro Hirao, Managing Director, Suzuki Motorcycle India Private Limited.

The Suzuki Hayabusa is powered by a 1,340 cc, liquid-cooled, in-line four-cylinder engine which puts out 197 bhp at 9,500 rpm and 155 Nm of peak torque at 7,200 rpm. In India, the Suzuki Hayabusa has a niche fan following and became the first Suzuki big bike to be assembled in India, in 2017. The current Suzuki Hayabusa is capable of accelerating from 0 to 100 kmph in just 2.74 seconds, and is capable of hitting a top speed limited to 299 kmph. The current Hayabusa will be the last model to be offered on sale in India, before Suzuki launches an all-new Hayabusa, with a completely revamped design, and all-new engine, possibly not before 2021.

Suzuki Hayabusa Price in Other Cities