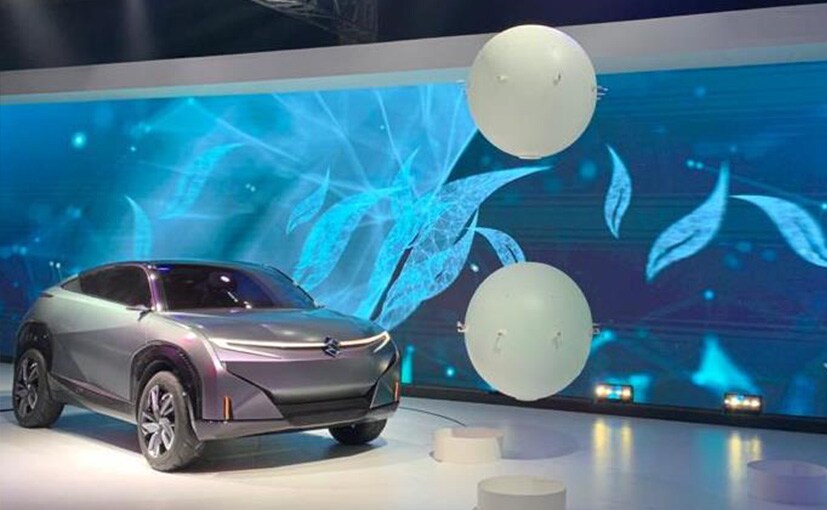 Maruti Futuro E
There will be both ICE and electric iterations of the production spec version on offer, so expect the BS6 compliant 1.5-litre, four-cylinder petrol motor to make its way under the hood of the SUV when we get to see the final model.~Larger LED Daytime Running Lights~Wraparound LED Taillights~Coupe SUV Bodystyle~Maruti Suzuki Futuro-e Concept Gets a Coupe Roofline Which Swoops At The Rear
View Highlights 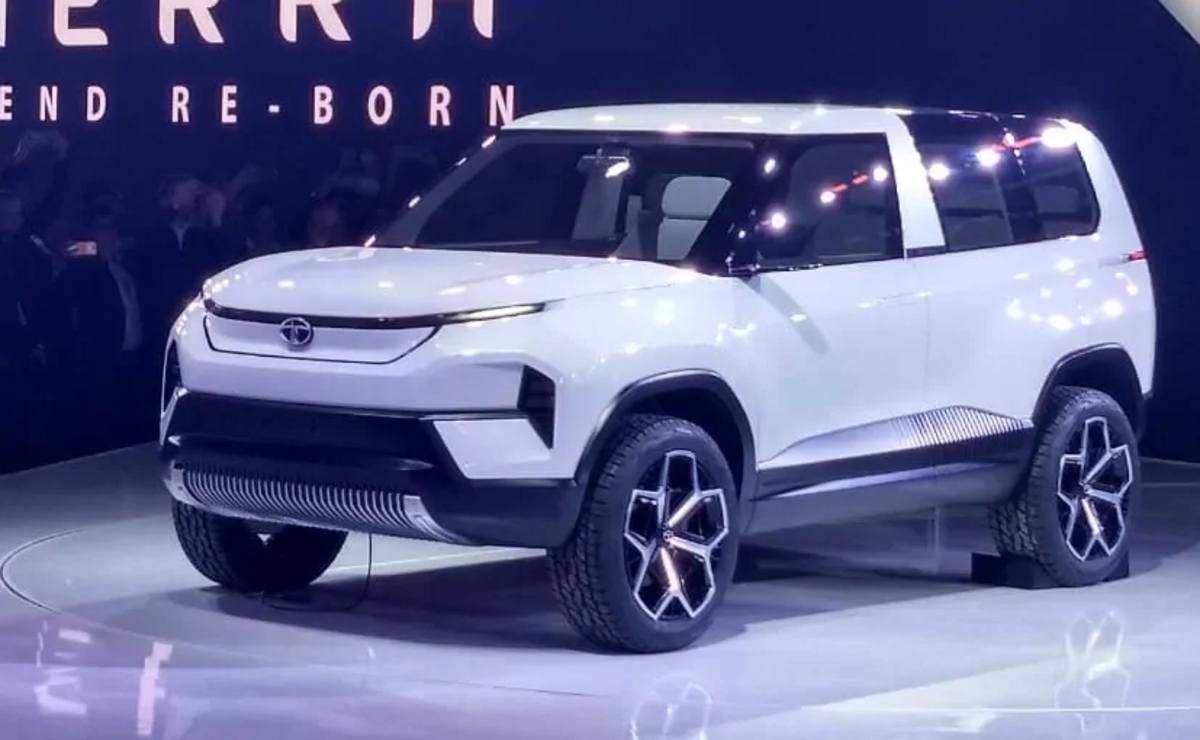 Tata Sierra EV
The front is butch and muscular and the squared wheel arches add that bit of oomph factor, bringing in the Land Rover Defender appeal to an extent.~the big glass area at the back certainly reminds you of the Sierra SUV.~The continuous single LED tail lamp unit at the rear is a modern touch for sure and the overall proportions keep the robust impression intact.
View Highlights 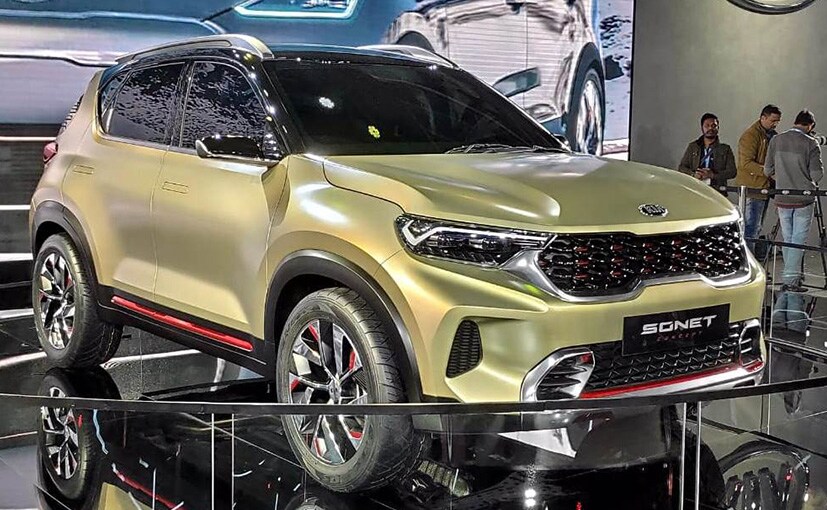 Kia Sonet
1.2-litre Petrol And The 1.0-litre Turbo Petrol, While The 1.5-litre Diesel From The Seltos Is Likely To Be Offered On The Sonet~Transmission Options Will Include a 6-Speed Manual And a DCT Automatic Too~Apple CarPlay And Android Auto, Auto Climate Control, Electric Sunroof, Wireless Charger, Push-Button Start-Stop As Well As UVO Connected Tech~Sporting a Touchscreen Infotainment System
View Highlights 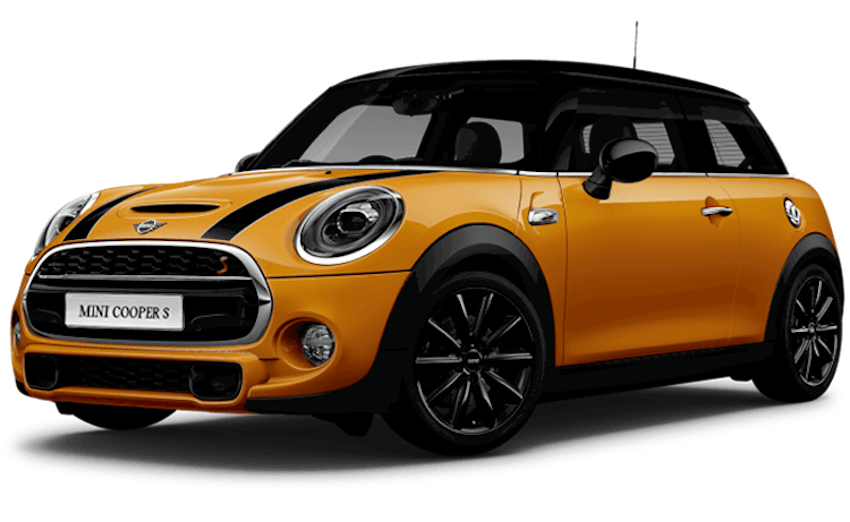 Skoda says that the production car will clock triple digit speeds in 8.7 seconds and will have a top speed of 195 kmph.~It will have a 1.5-litre TSI petrol motor that will pump out close to 150 bhp and 250 Nm and will be mated to a 7-speed DSG gearbox.~The Skoda Vision IN is 4,256 mm long and has a wheelbase of 2,671 mm. The rugged looks of the SUV is characterised by the front end with the sleek headlamps, bold grille and the 19-inch alloys.~The LED headlamps and the tail-lamps get the typical crystalline elements, giving it the familial Skoda SUV design cues.~The cabin of the Vision IN SUV uses vegan materials along with traditional Indian art of kalamkari and features 12.3-inch free-standing display along with the customisable virtual cockpit and the crystalline gear lever. 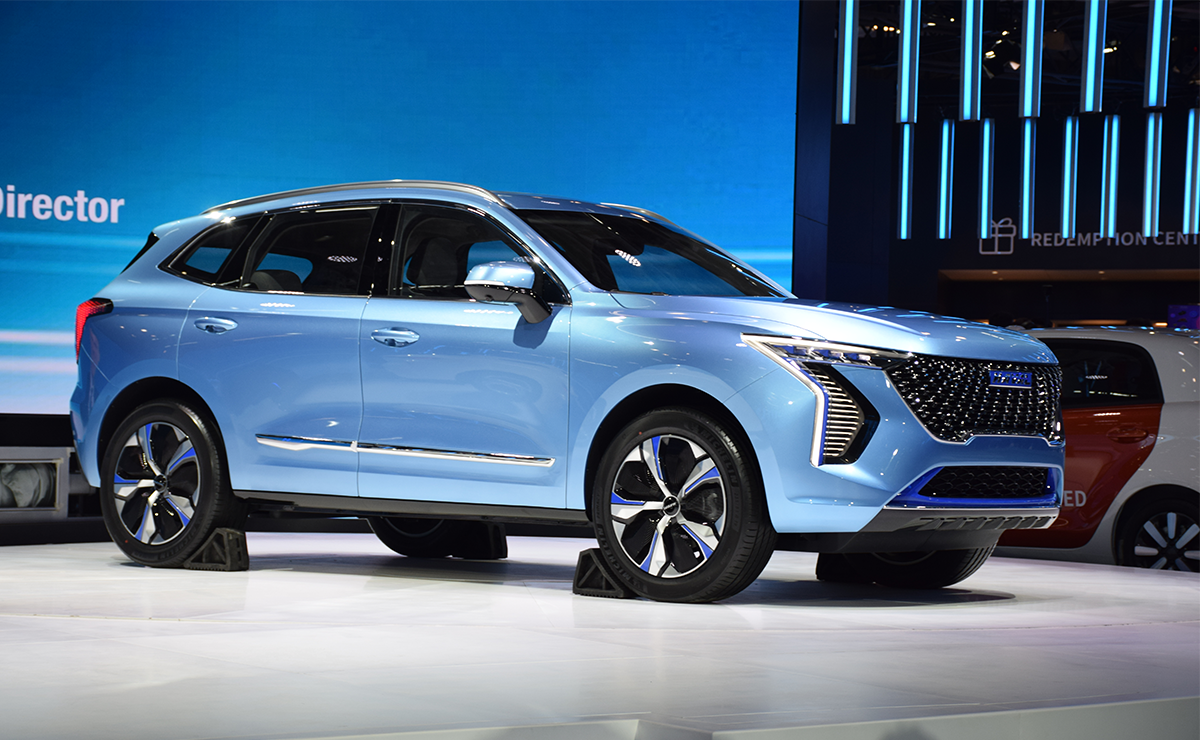 Haval Concept H
This is one of our global concept models, and we are excited to present the global preview, right here in India. With this, we reinforce our focus on the global consumers, and also the young consumers of India in particular.~This car is designed to be young and sporty. Haval, as the leading SUV brand, moves forward with determination.~Concept H creates an opportunity for the brand to communicate with young consumers at a deeper level.~It aims to make the vehicle a part and extension of the consumers’ lifestyle.
View Highlights 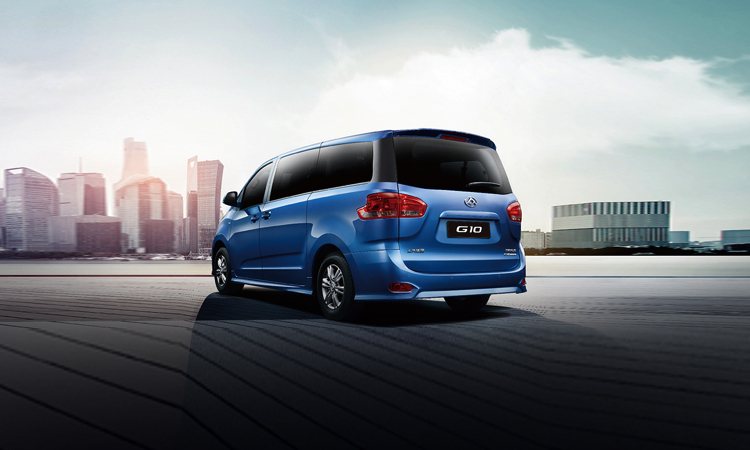 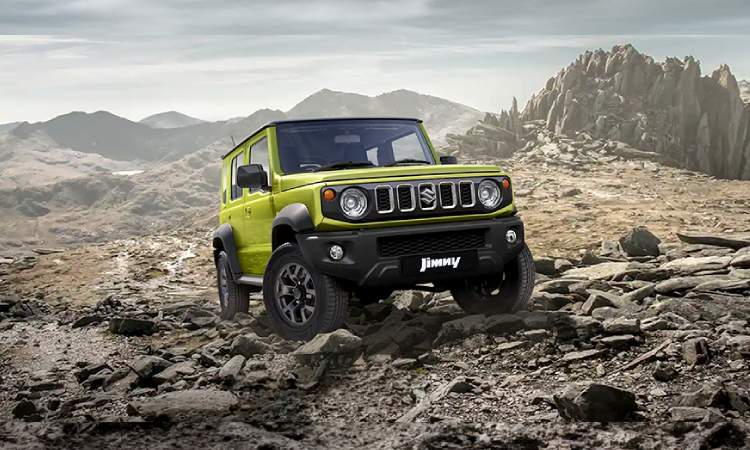 The Suzuki Jimny will come with a 1.5-litre petrol engine with mild hybird SHVS technology.~The new Maruti Suzuki Gypsy/Jimny will use the same 1.5-litre K15B petrol engine that goes into the Ciaz, Ertiga and the XL6.~The Suzuki Jimny gets the same infotainment system that we've seen on the Ciaz, Ignis, Swift and even the Dzire.~Suzuki Jimny Sierra is the long-wheelbase model of the car and is likely to be sold by Nexa.~Suzuki Jimny with its compact design and superb off-road capabilities is an engineering marvel and speaks volumes about Suzuki's engineering capabilities. ~Masterfully designed to ensure reliable driving and ease of handling, Suzuki Jimny is a favourite amongst adventure enthusiasts. 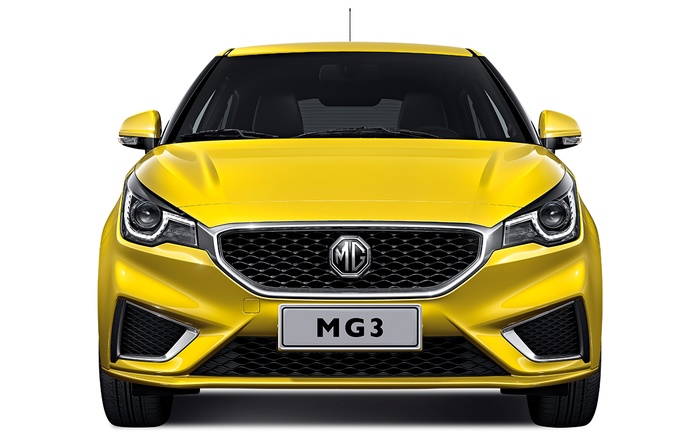 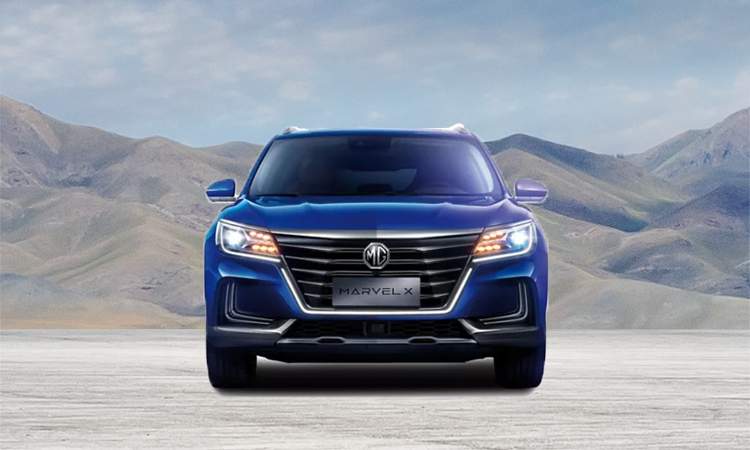 MG Marvel X
Marvel X is the production version of the Vision E Concept, that debuted earlier during the 2017 Shanghai Auto Show. [1] The production Marvel X crossover will be powered by two electric motors, one with 116 hp and one with 71 hp.
View Highlights 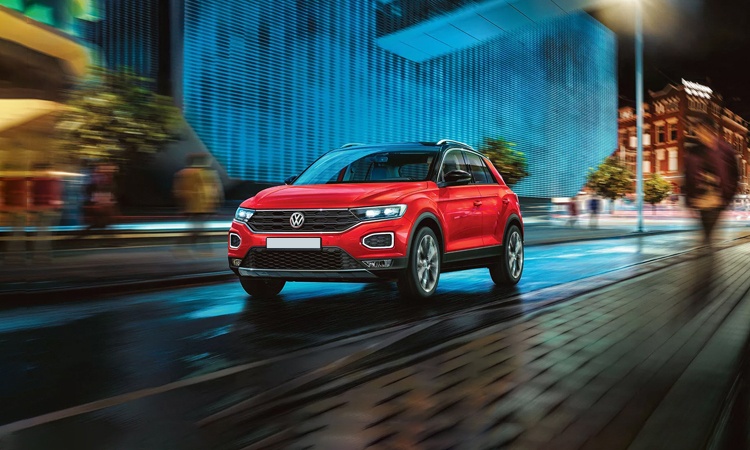 The T-Roc will be Offered in a Petrol-only Avatar with the 1.5 Litre Turbocharged TSI Engine. And will come with the 7-Speed DSG Dual Clutch Automatic Gearbox as Standard.~The T-Roc will be brought in as a Completely built Import and so VW India will only be Targeting Limited Volumes with it. 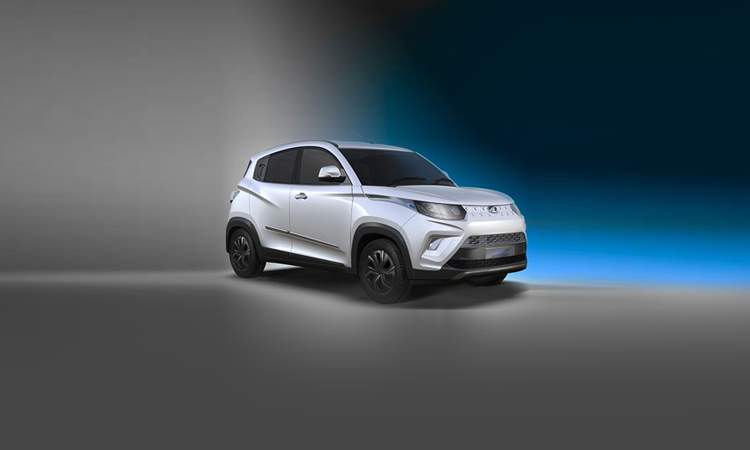 Power on the Mahindra eKUV100 will come from a 40 kW Electric that Belts out about 53 bhp and 120 Nm of Peak Torque.~A Single-Speed Transmission will be sending Power to the Front Wheels.~The Car will Come with a 15.9 kWh Lithium-ion Battery and is Expected to offer a Range of 120 km on a single Charge. Expect to see both Standard and Fast-Charging options and will be Compatible with a Wall Socket.~Mahindra eKUV100 will be one of the most Affordable Electric Vehicles in the Country. 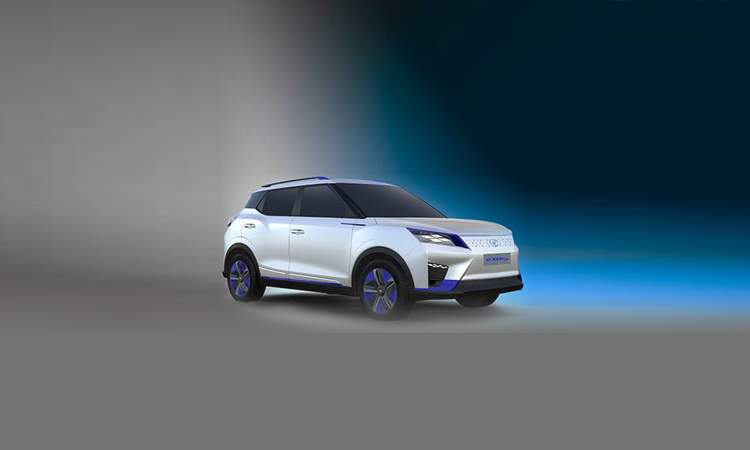 The eXUV300 is powered by an Electric Motor Driving the Front Wheels which is Likely to Churn out 130 bhp.~The Power to the Motor will be Provided by a 40kWh Battery pack Capable of Delivering a Range of above 300km on a Single Charge. ~Mahindra has plans to launch the eXUV300 by 2021 and by then the Specifications will be Zeroed down on.~The eXUV300 will be the first Product with Battery cells Developed by LG Chem that has been Working with Mahindra in the field of Advanced Lithium-ion Battery Technology. 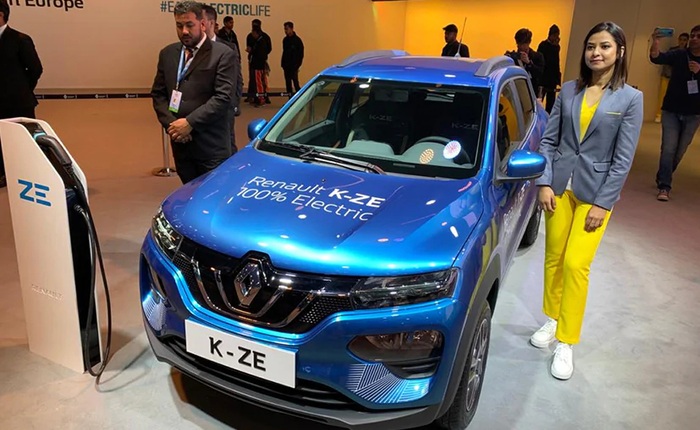 The K-ZE Adopts a 33 kW Motor Capable Of Delivering 120 Nm Of Peak Torque~The Company Says The Car Can Be Charged Using The Standard 220V Domestic And Plug Charging Points~The Fast Charging Mode, The K-ZE Is Capable Of Being Charged Up To 80 Per Cent In 50 Minutes~The Slow Charging Mode Will See Batteries Fully Charged In Four Hours. The Range Is Estimated To Be About 240 km 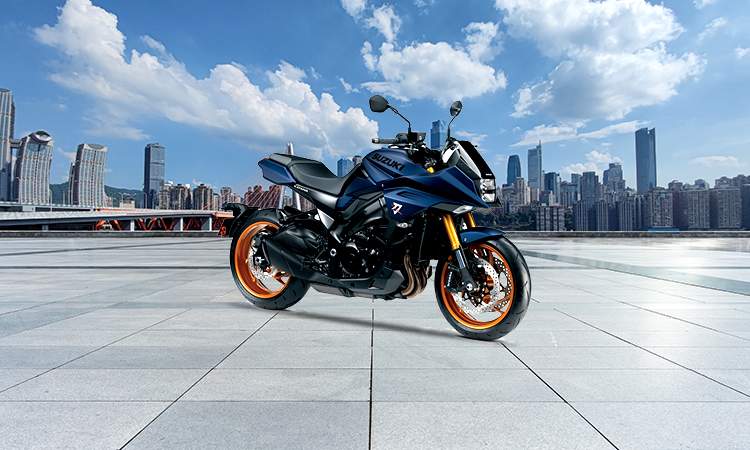 Suspension Duties Are Handled By a Fully-Adjustable KYB 43 mm USD Fork At The Front~A Link-Type Monoshock Set-Up At The Rear~Braking Is Handled By Brembo, With Radial Calipers And ABS~Sharp And Sculpted Bodywork Which Forms The Main Design Theme Of The Katana 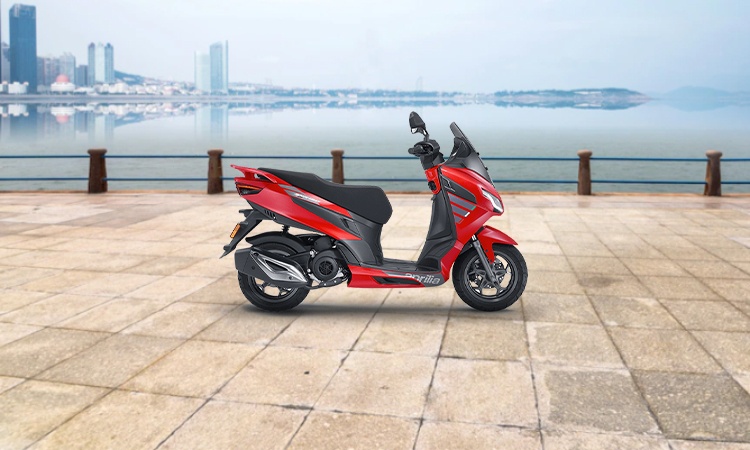 It gets the same 160 cc 3-valve engine from the Aprilia SR 160 which makes 10.8 bhp and is paired to CVT gearbox.~Aprilia will launch the SXR in a 125 cc variant as well, which will get the SR 125's engine as is. It makes 9.4 bhp and 9.9 Nm of peak torque and gets the same CVT setup as well.~ Buyers can also choose from a wide range of specially designed accessories like connectivity, mobile docking system and merchandise like Aprilia helmets and apparel.~The 'CrossMax' design. All LED lighting is standard and so is a fully digital instrument cluster which shows a bunch of information. ABS and disc brakes all around is standard fitment as well. Other styling bits include 12-inch 5-spoke machined alloys with wide pattern tyres. 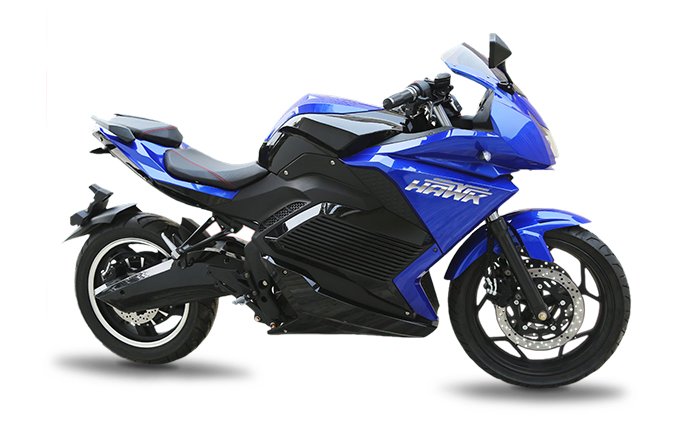 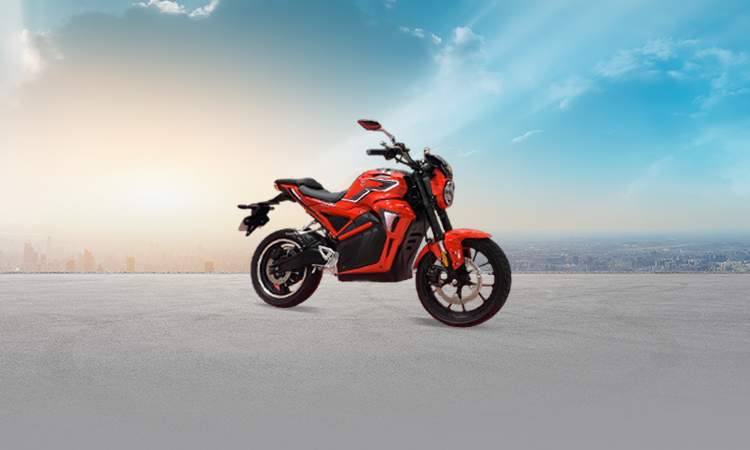 The Hero Electric AE-47 electric motorcycle has a claimed top speed of 85 kmph, with a range of over 160 km on a single charge in Eco mode.~The Hero Electric AE-47 is Powered by a 4,000 W Electric motor, with a Claimed top Speed of over 85 kmph. The AE-47 has a Lightweight Portable Lithium ion 48V/3.5 kWh Battery, and can be Charged Fully in Four Hours.~The Electric Motorcycle is Supported by a Mobile App Featuring GPS, GPRS, Real-Time Tracking and Geofencing.~The AE-47 has Claimed Acceleration Figures of 0-60 kmph in 9 Seconds. It Features a Digital Instrument Console, Keyless Access, Mobile Charger, Walk Assist and Reverse Feature. 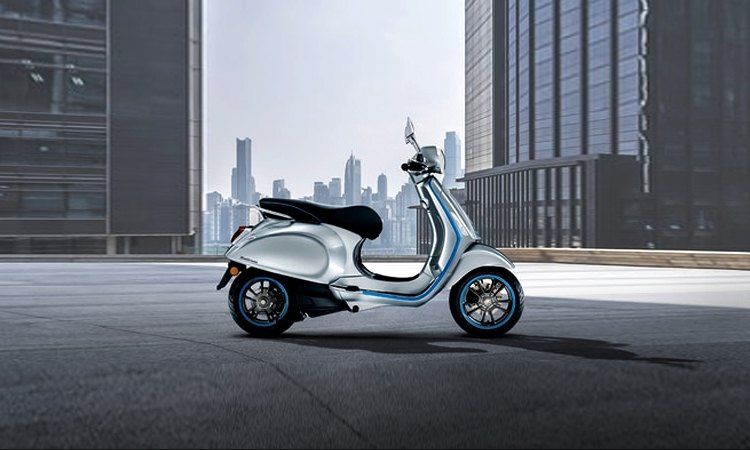 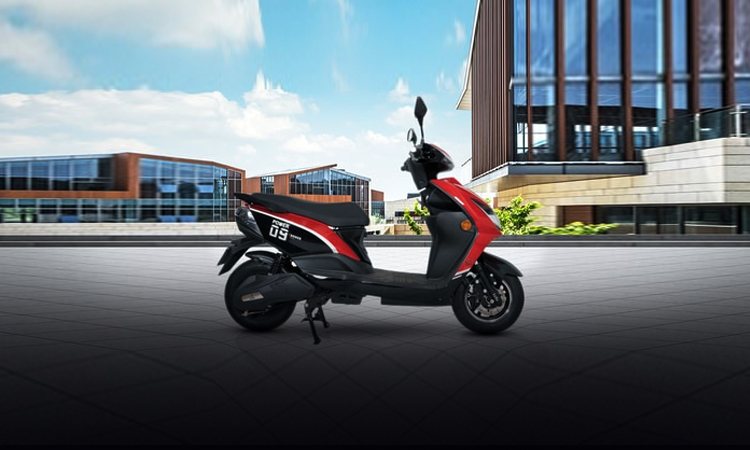 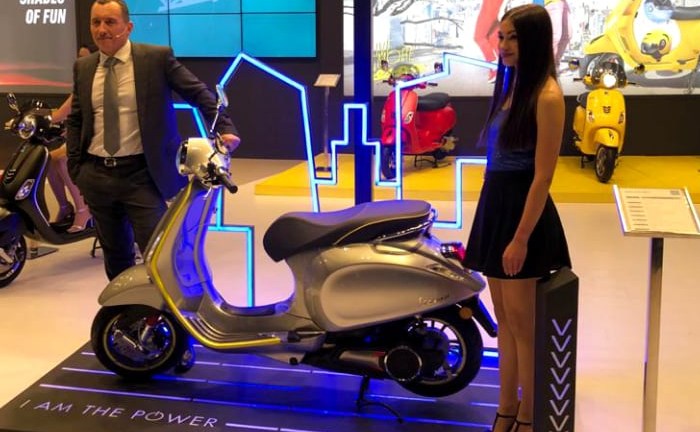 The Vespa Elettrica has a brushless DC motor with 4kW peak power (around 5.4 bhp) and develops 200 Nm of peak torque.~The battery is a 4.2 kWh lithium ion unit, with a claimed range of 100 km in Eco mode, and 70 km range in Power mode.~The Elettrica's maximum speed is rated at 70 kmph in Power mode, and 45 kmph in Eco mode.~The Vespa Elettrica offers a long list of features, including Bluetooth connectivity with the Vespa Connectivity mobile app, and a full digital instrument cluster with TFT display. The speedometer also offers call and message display.

CNB Auto Expo Excellence Awards 2020: New Brand Debut - Great Wall Motors (GWM)
The Auto Expo is a great platform to connect with the masses and showcase products to India and the world. It is an ideal start for a new automotive brand making inroads in the...

CNB Auto Expo Excellence Awards 2020: Best Immersive Experience Winner – Hyundai Motor India
The company's cars at the pavilion showcased the variety and the range it had on offer. In fact, Hyundai had a separate space for its Bluelink technology, its motorsport...

CNB Auto Expo Excellence Awards 2020: Best Design - Tata Sierra
The biggest surprise of Auto Expo 2020 was no doubt the Tata Sierra concept. Shown as a design study, the compact SUV concept is electric and revives a hallowed nameplate from...

Auto Expo Excellence Awards 2020: Best Global Debut - Volkswagen Taigun
The 2020 Auto Expo had a plethora of global debuts in terms of concepts and even production ready models. But the one model that stood out was the Volkswagen Taigun. It is an...

Auto Expo Excellence Awards 2020: Best Four Wheeler Pavilion - MG Motor India
Even though there were fewer participants in terms of automotive manufacturers at the 2020 Auto Expo, we did see some beautifully done up pavilions. But it was the British...
CNB at Auto Expo

World Car Of The Year 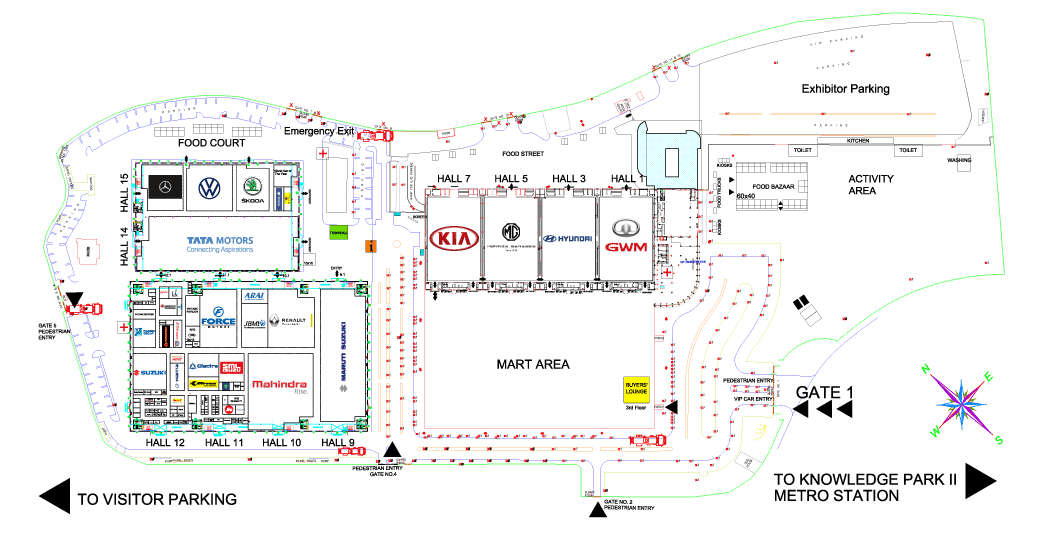 The 2020 edition of the Auto Expo is almost here and it is set to become a more engaging experience than ever before, especially with new manufacturers making their debut. The Society of Indian Automobile Manufacturers is expecting over 60 launches or unveils at the Auto Expo 2020 which starts on February 7, 2020 and will continue till February 12, 2020. It will be held at India Expo Mart, Greater Noida, Uttar Pradesh India and tickets for the event can be booked at bookmyshow.com

The 2020 Auto Expo is one of the biggest motor shows across the world and has been consistently ranked among the top seven global motor shows. The motor show witnesses most of the players of the automotive industry from about 30 nations including China, Germany, Italy, Japan, Korea, South Africa, Singapore, Sweden, Taiwan, United Kingdom, United States of America, etc.

This year, the theme of the Auto Expo is ‘Explore The World Of Mobility’. Some of the new manufacturers which will be making their debut are Great Wall Motors from China, FAW (Bird Group), EVerve, Devot Motors and Nahak Motors.

Some of the biggest debuts at the 2020 edition of the Auto Expo will be the Tata H2X mini SUV, new line-up from Great Wall Motors, the new-generation Hyundai Creta, the launch of the Kia Carnival MPV and a big line-up of electric cars and regular cars from MG Motor India as well. Expect some fireworks from two-wheeler manufacturers like Suzuki Motorcycle India Pvt Ltd and Piaggio as well. Skoda and Volkswagen too will have a mouth-watering line up of SUVs and electric vehicles and expect Mahindra to showcase a bunch of interesting concepts and future vehicles too.

Some of the big concepts that will be revealed at the 2020 Auto Expo are the Skoda Vision IN, Haval Concept H, Renault HBC subcompact concept, Maruti Suzuki Futuro-e and much more! In fact, the Auto Expo 2020 will see a large number of Chinese brands debuting and making their presence felt.

A study shows that 26 per cent of the visitors carry the impression of the Auto Expo which influences their buying decision and about 48 per cent visitors who have already plans to buy a new car or bike change their brand preference after visiting the Auto Expo.

The first ever Indian Auto Expo took place in the year 1986 and was more of a window for technical knowledge transfer as it exhibited how the automakers were absorbing newer technology and promoting home-grown research and development to adapt technology that suited the rugged Indian conditions. This first expo was held at the Pragati Maidan, New Delhi by The Association of Indian Automobile Manufacturers (what we call SIAM today), and ACMA (the Auto Component Manufactures Association of India).

The Auto Expo has, since then, evolved to a modern and more focused Automotive show. What used to be mere a platform for one-to-one interaction has emerged as not only one of the biggest exhibitions anywhere in the country, both in terms of the area occupied and in terms of footfalls, but also one of the major Auto Shows of the world. It’s a week-long biennial show that attracts millions and assures a great deal in the time to come!