Stage 9 of the 2021 Dakar Rally coincided with departed Hero rider Paulo Goncalves' first death anniversary and saw the emotional team finish strongly in one of the toughest days of the rally. 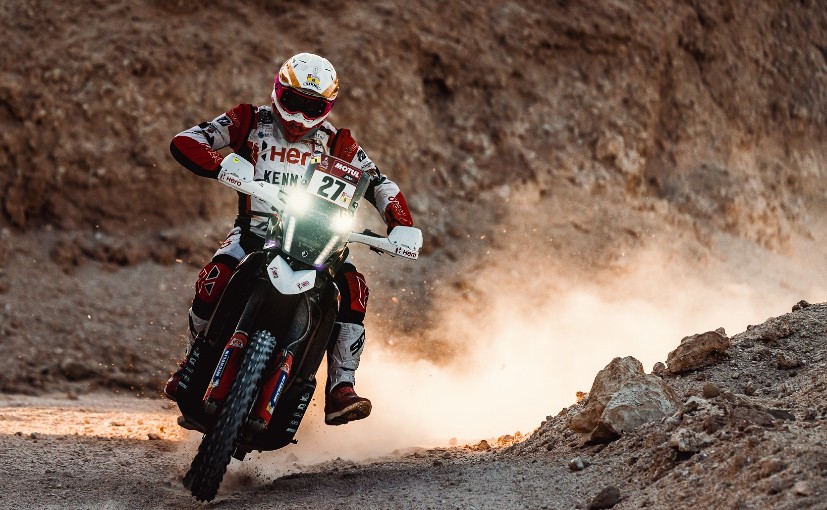 In one of the toughest days so far in the 2021 Dakar Rally, the Indian contingent made it out stronger despite some challenging terrains. Hero MotoSports paid an emotional tribute to their late teammate Paulo Goncalves as Stage 9 coincided with the departed rider's first death anniversary. The rider passed away in a crash during Dakar last year on the same day. Hero riders Joaquim Rodrigues and Sebastian Buhler rode through the difficult stage for the former to finish 13th, while the latter finished 24th in the stage rankings. Privateer Harith Noah made incredible progress to finish at P17, while Ashish Raorane made a comeback in the Dakar Experience category, after recovering from the crash in Stage 5.

The ninth stage of the 2021 Dakar saw the riders complete a loop in the Neom region comprising a 114 km liaison and 465 km special section. The stage was particularly difficult with too many rocks and stones, as well as dust, which also caused navigation challenges. Joaquim made no mistakes on an emotional day and finished an impressive 12th overall. Meanwhile, Buhler lost his way after a strong start to the day but recovered well. He is now placed 16th in the overall standings.

Harith Noah had a mixed day that turned out to be largely positive. He made a navigation mistake at the beginning of the stage and got passed by many riders, but the rider spent the next few hundred kilometres catching up. The dusty terrain didn't make things easy, but the rider progressed well to make it to the bivouac safely. However, Stage 9 also saw Noah take his first penalty of 2 minutes in the Dakar for braking too late into a speed zone. He is now placed 25th in the general standings.

Making a comeback, Ashish Raorane rode cautiously for the first 30 km finding his rhythm once again as he navigated through a highly technical day. The dust kicked off by passing trucks only added to the challenge. To make things worse, the rider had another crash about 85 km before the finish line as he went flying over the handlebar. Nevertheless, the airbag protected him and he made it to the bivouac just before sunset. While he finished 59th overall, the rankings do not count in the Experience category. 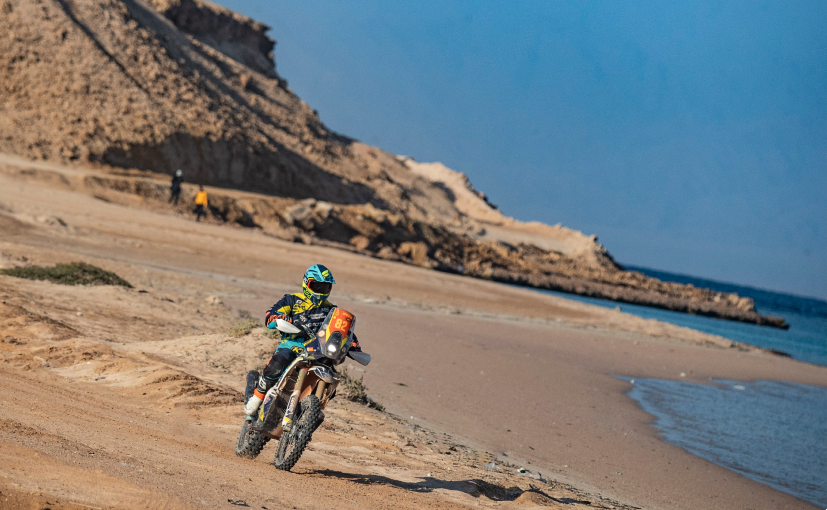 In addition, Hero MotoSports also shared a medical update on rider CS Santosh who will be flown back to India from Riyadh, albeit in the same induced comatose state to avoid any unnecessary stress during the transfer. The team said that he will be attended by local doctors, allowing his family to be close to him during the recovery period. He is scheduled to fly in a few days. Wolfgang Fischer, Team Manager said, "It has been an emotionally draining Dakar for the team so far and today was particularly tough on us with what happened last year. We are very emotional today as we spare our thoughts for our amigo Paulo and his family. We knew how tough it was going to be for our riders to keep a clear head today and focus on the stage so we are relieved to see both of them arrive at the bivouac safely. As we look back and remember Paulo, our thoughts and prayers also go out to riders who got injured in this Dakar and to our mate Santosh, as we wish all of them a speedy recovery."

Joaquim Rodrigues said, "Today was my worst battle. I was really emotional this morning remembering all that happened last year on this day. My mind was playing out all kinds of thoughts and memories on my way from the bivouac to the start of the stage. But I just told myself that I need to do this for Paulo and so I just jumped on the bike went on with the stage. The stage was really difficult and dangerous with too many stones and rocks. I saw a couple of riders crash on the stage and immediately decided to slow down and focus on making it to the finish line safely." 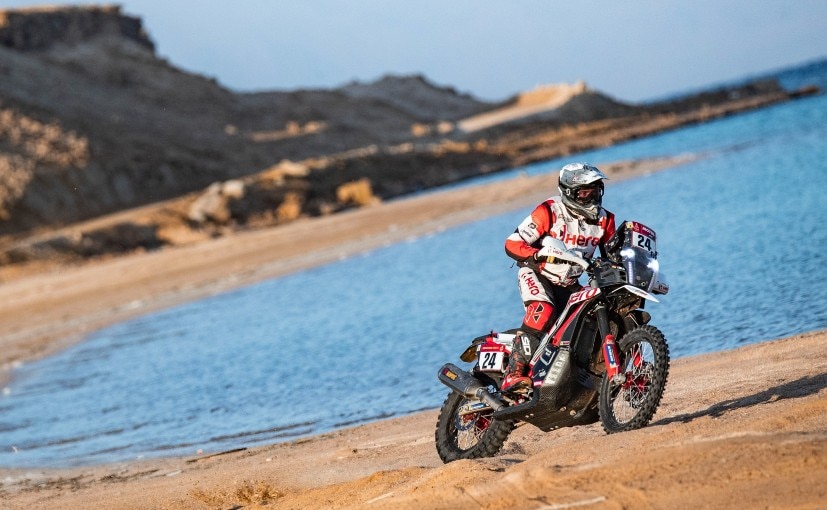 Sebastian Buhler said, "It was a very tough stage today. As I started the stage, I faced some issues with my navigation tower and it got worse at one point, as I couldn't use it at all to navigate so I lost some time in trying to manage the issue. But in the end, I think the day ended well considering what happened last year. I am happy that this stage is over as this day brings us some very sad memories and to be back with the team safely is a blessing."

With the 2021 Dakar heading into its final leg, the competitors will travel from Neom to Al-Ula for a relatively shorter Stage 10 with 342 km of the special section.

Provisional Overall Rankings at the end of Stage 9