The QJMotor SRG750 will be the Chinese brand's version of the upcoming Benelli TRK 800. Latest documents filed in China reveal pictures and details of the upcoming QJMotor SRG750 adventure touring bike. QJMotor is the new motorcycle brand introduced by China's Qianjiang Group, which is also the parent company of Benelli. The QJMotor SRG750 (or SRB750 as it's referred to as well) will share much of its design and hardware with the upcoming Benelli TRK 800, which will be launched in 2021 across the world. The TRK 800 is expected to be launched in India as well, and will sit above the Benelli TRK 502 which is already available on sale in India. 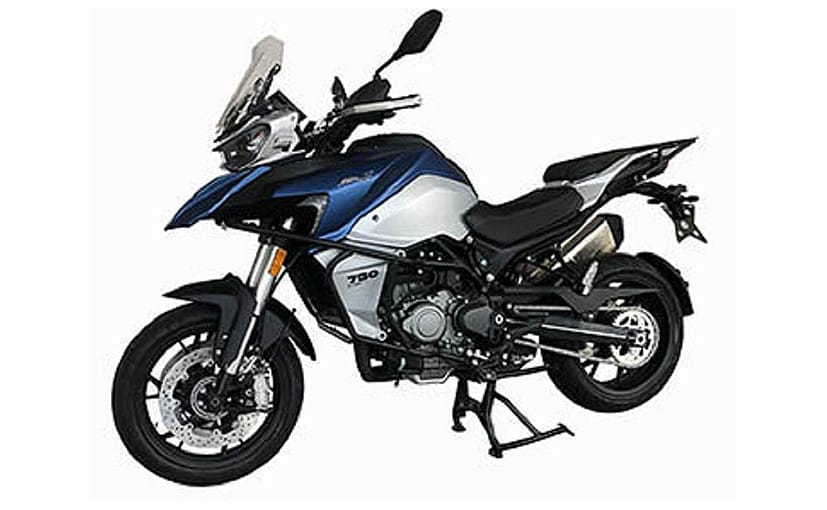 The engine is expected to be the 754 cc, liquid-cooled, parallel-twin unit shared with the Benelli Leoncino 800, which makes around 81 bhp of maximum power at 9,000 rpm and 67 Nm of peak torque at 6,500 rpm. Top speed is rated at around 200 kmph, and the bikes have a kerb weight of 236 kg, so not exactly lightweight. Once launched, Benelli's version of the bike pictured here, the TRK 800, will compete with the likes of the Triumph Tiger 900 and the BMW F 750 GS and BMW F 850 GS. Where Qianjiang's bike will have an advantage is in the pricing, which will be definitely more affordable than the Triumph or the BMW in a similar segment. 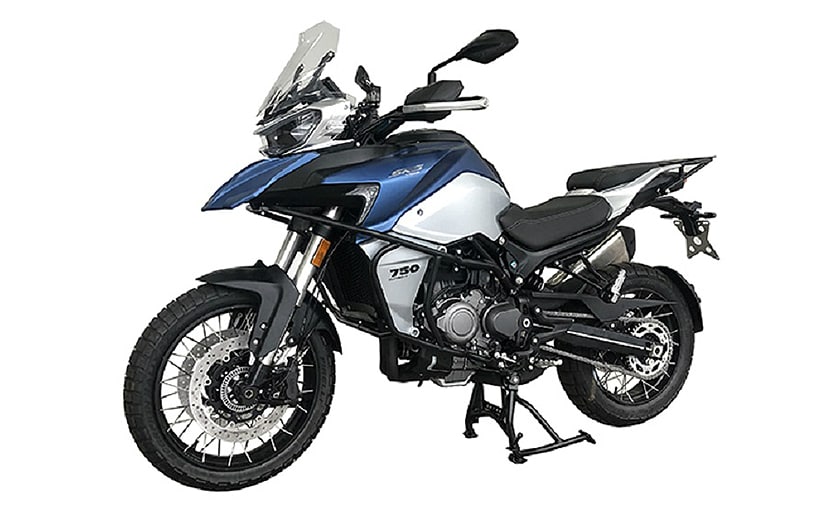 But it won't be just the Benelli. First will be the QJMotor brand which will introduce a range of bikes, sharing the same platform with the corresponding Benelli models. As the QJMotor SRG750 nears production, latest details reveal that the bike will be available in several different variants, including a basic road-going version with alloy wheels, as well as a slightly more off-road oriented model with spoked wheels. The alloy wheel version gets 17-inch wheels at both ends, while the spoked wheel version gets a 19-inch front wheel and 17-inch rear combination. Additionally, there will be more variants, with two specs of suspension and brakes, and even two types of swingarms. On high-spec, road-oriented alloy wheel variant seems to employ what looks like top-spec Brembo brakes along with a cast aluminium swingarm. In comparison the high-end off-road spec version also features Brembo brakes but uses a tubular steel swingarm. The lower-spec road-oriented alloy wheel variant misses the Brembo brakes, replaced with smaller radially mounted calipers. And the 17-inch alloy wheel version with the cheaper calipers have a steel tubular swingarm, possibly since it's more affordable and will carry a lower sticker price. However, another image shows the lower spec off-road oriented version combining the smaller brakes with a cast aluminium swingarm, so the cost consideration theory doesn't seem to hold water.

So far, the images are just an indication of what the bikes will look like and showcase the hardware and cycle parts. If at all the different variants and components make to production, the bikes will probably come with different components, allowing possibly the customer the option of choosing the components required, in a sort of factory customisation. But that's still something we are assume will happen, what shape the production model takes place will only be known once the bikes are officially unveiled.