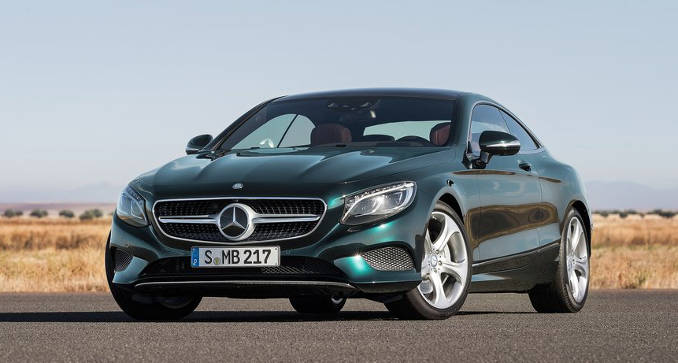 It's become a tradition of sorts for car manufacturers to leak images of their upcoming cars before their official debut at any Motorshow. Images of the new Mercedes-Benz S-Class Coupe surfaced weeks before its showcase at the 2014 Geneva Motorshow but the company finally pulled the wraps off the new 2015 S-Class Coupe.

Codenamed C117, the Coupe is based on the same platform as the all-new S-class. This is Mercedes' answer to the question 'What will replace the CL?' First shown as a concept at the 2013 Frankfurt Motorshow, the S-Class Coupe has been on the radar of the motoring paparazzi and now we know why.

It is as mesmerizing a car as they come and with the full-LED headlamps with their iconic eyebrows as daytime running lamps, the S-Class coupe stands out amidst the crowd. Mercedes has gone a step further and are offering a combination with the standard LED Intelligent Light System, unique headlamps with no less than 47 Swarovski crystals! You heard it right Swarovski!

With a wheelbase of 2945 mm, the Coupe is 5027 mm long, with a width of 1899 mm and 1411 mm tall. The ride and handling capabilities of this coupe have been improved and Mercedes-Benz will even offer it with the option of Magic Body Control which further enhances the ride quality.

The S-Class Coupe features a panoramic roof extending over two-thirds of the entire vehicle roof; it appears almost 150 percent larger than the one on the predecessor. MAGIC SKY CONTROL makes it possible to switch the transparency of the roof at the push of a button, from light to dark. Why would you say no to that?

The S-Class Coupe is truly the most brilliant and sexy looking car after the CLA and when you look at it, it does make you smile. What you get under the hood will curve that smile a little more. It gets a 4.7-litre V8 engine churning out 449bhp, the 5.4-litre 621bhp churning V8 and the range-topping 621bhp producing V12 with all-wheel drive.

What Mercedes-Benz has been able to achieve here is a car that is put together emotionally. The sight of it makes you believe that Mercedes-Benz still has it in them to make you all teary-eyed. The S-Class Coupe is no doubt a brilliant looking car and we can't wait to see it in the flesh.