The inaugural King of the Baggers race turned out to be a highly entertaining event, with 13 baggers participating in the race. 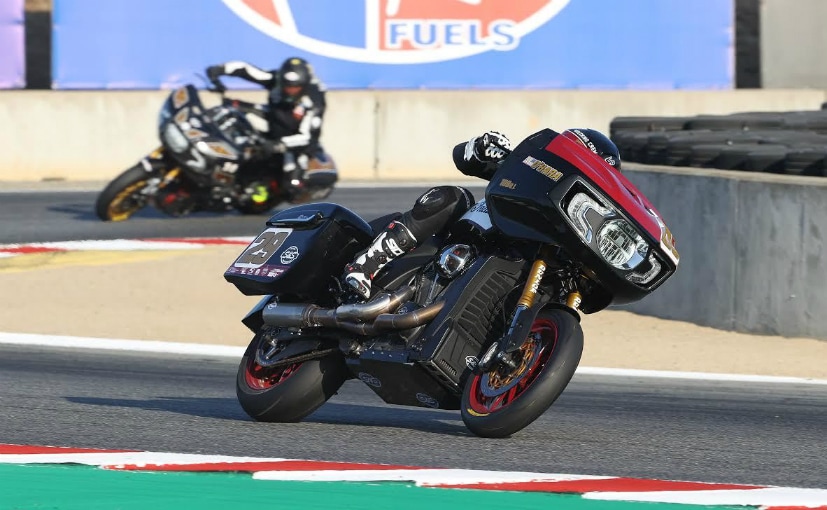 MotoAmerica, the organisation that promotes the AMA Superbike Series in the US, showcased 13 souped-up v-twin baggers at the Laguna Seca Raceway. The event was the inaugural "King of the Baggers" event, presented by MotoAmerica in partnership with aftermarket parts manufacturer Drag Specialties. The 13 baggers included two modified Indian Challengers facing 11 modified Harley-Davidson Road Glides and Street Glides. And in the end, Tyler O'Hara, piloting the S&S Indian Challenger took first place, with Hayden Gillim on the Vance & Hines Harley-Davidson Street Glide taking second place. Frankie Garcia finished third on his Roland Sands Design Indian Challenger, putting both the Indians on the podium.

Also Read: Indian Challenger To Race In The King Of The Baggers 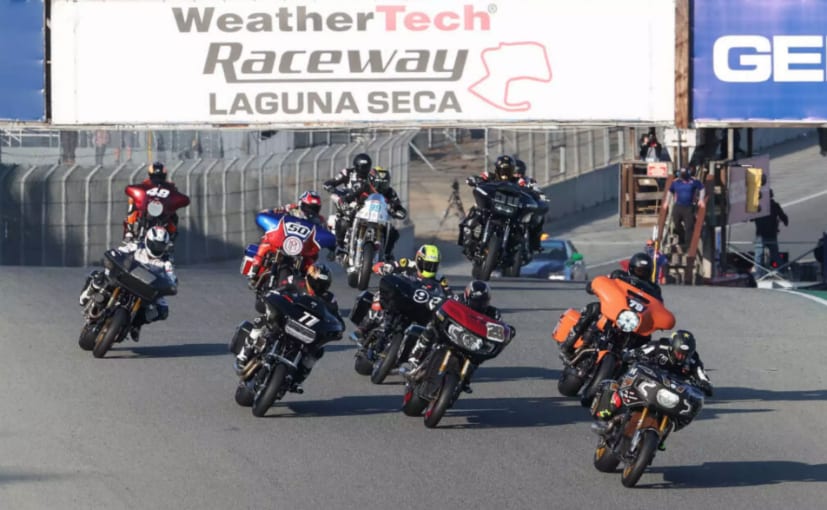 Inaugural King of the Baggers race at Laguna Seca Raceway

O'Hara was two seconds ahead of Gillim, and the gap could have been more, but O'Hara lost the front and ran off the track mid-race. He managed to keep the bike upright and rejoined the race. Frankie Garcia was a distant 14 seconds behind on the Roland Sands Design Indian. In fact, Garcia had a miraculous escape in Qualifying Practice the day before the race, when the Challenger's front wheel shot up and bike flipped back slamming down on the rider.

Watch the highlights of the highly entertaining race:

In 2016, Indian Motorcycle made its return to American Flat Track racing and dominated the series from the start, capturing four consecutive Grand National Championships and four consecutive Manufacturer's Championships. The Indian FTR 750 flat tracker became the undisputed King of the Oval, and now with the first win at the King of the Baggers event, Indian will look forward to more successful outings in future events. According to reports, MotoAmerica may be planning three of these bagger races in 2021, and it will not be surprising to see more teams choosing the Indian Challenger for the highly entertaining motorcycle race!