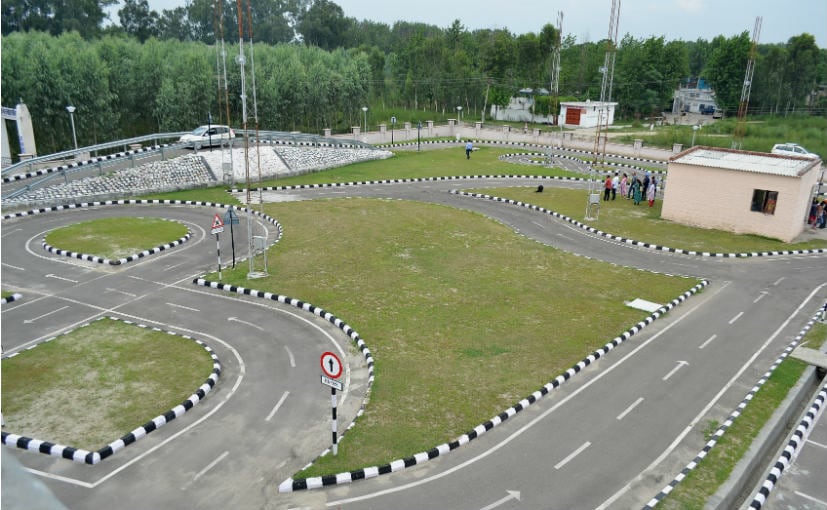 I still remember the harrowing experience of getting my driver's license. That day, the RTO was abruptly shut with 3 working hours left for the day, there were RTO agents milling about, harassing you and promising to get you your license in 15 days for an X amount of bribe and so on. On the day of my driving test, 6 people crammed into a Maruti 800, each one driving the car for barely 500 metres before the next one came in behind the wheel. It was no driving test, but a sham. 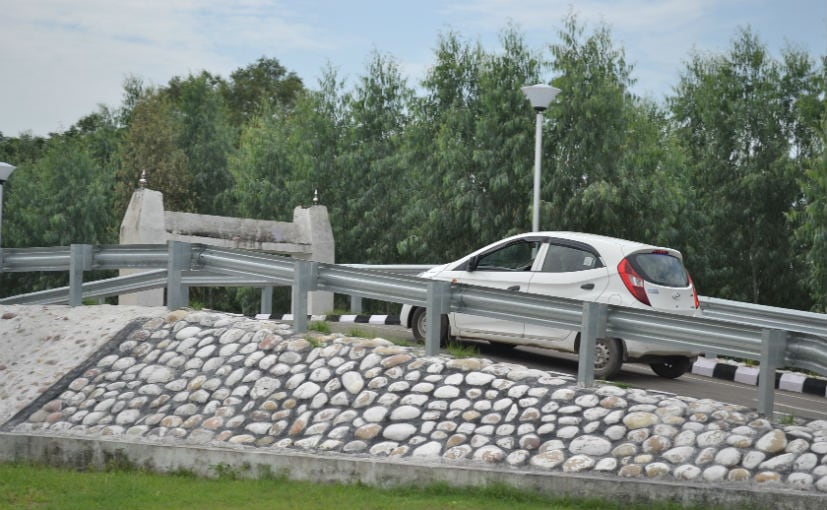 (There are 4 parts for the 4-wheeler driving test. This is the gradient test)

Apologies for the rant! But you cannot deny it was well founded. Our team was recently invited to Hoshiarpur, Punjab to check out what is the first ever automated driving license test track. Yes! Simply put, you get your car, bike or a scooter, drive or ride around the specially formulated test track and you get your learner's license or the driving license (smart card) in less than an hour. No waiting in queues for hours, no bureaucracy, no RTO agents, no waiting endlessly for the D/L and more importantly, no fuss at all.

Punjab government in partnership with Smart Chip Limited, a subsidiary of Safran Limited has opened 32 such driving license test tracks in Punjab and few other states in India, which are automated and keep the human interference to a minimum. What makes this test track really intelligent is the fact that the applicants' driving test is evaluated by using biometric system, webcasting system, vibration sensors, beam sensors along with HD cameras recording the entire process. All the data collected in the form of video is stored at a central data server and can be accessed by the applicants to view their mistakes. The cost of application is ₹ 250 and it can be paid online as well. The cost for obtaining a combined D/L for both two-wheelers and 4-wheelers is ₹ 350. 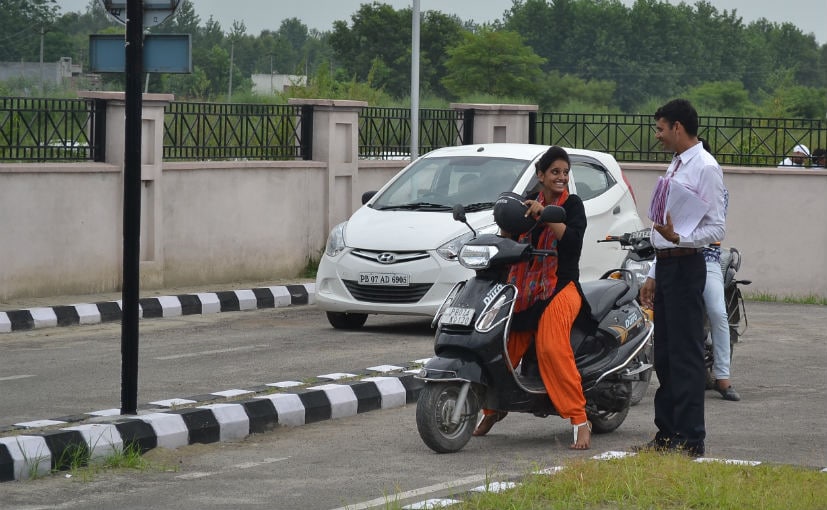 There are two separate test tracks for two-wheelers and four-wheelers. The two-wheeler test track consists of a tight 'double-8' serpentine track where the applicants have to manouevre their bikes or scooters and complete the track without keeping their feet down. 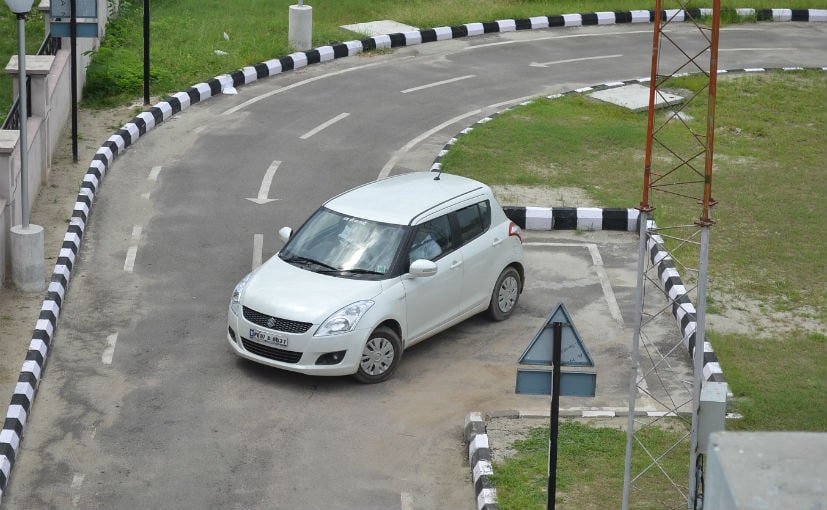 After the completion of the driving test, the applicants, if they pass, get their licenses in less than 60 minutes. This means there is no hassle of coming to the RTO again and again. This is a great initiative by Punjab Government and Smart Chips Limited for making lives easier when it comes to obtaining a driving license. Also, the high failure rate of 20 per cent ensures that the roads are safer, thanks to stringent driving tests and more skilled drivers. Other states such as Madhya Pradesh, Odisha, Gujarat, Goa and so on are also on track to introduce these facilities in their cities. With these systems in place, not only does the rigmarole of obtaining a D/L is finished along with the doing away of the RTO agents and the rampant corruption in RTOs across the country.