Though the world questions the current state of the automotive market, the truth is, gone are the days when the manufacturers would resort to defensive strategies. Pretty much everyone seems to have made up their mind about dealing with the slump rather brazenly. How else would you explain the launch of as many as 7 new cars within a month? Starting with the 2014 Volkswagen Polo, the list goes on to include Mercedes-Benz CLA 45 AMG, Honda Mobilio, Fiat Punto Evo, Audi A3, Hyundai Elite i20, and Tata Zest. In the midst of all this, I had the chance to meet the top guys at Mercedes-Benz India and I snapped up the opportunity to ask them about their plans for the future.

a. Audi A3 vs Mercedes-Benz CLA-Class

With Eberhard Kern, Managing Director & CEO, Mercedes-Benz India and Boris Fitz, Vice President, Sales & Network Development, Mercedes-Benz India, sitting across the table, my first instinct was to ask them about what they thought of the Audi A3 and its spot-on pricing. I knew I was treading down a tricky road, but you know what they say about habits? They die hard. Anyway, Mr Kern dismissed the proposition of the A3 being a threat and said, "We are not in the business of making cheap cars." He went on to explain that their customers know that every Mercedes-Benz car is a unique experience and are willing to dole out the premium. The next obvious question was how were they going to makeup for Audi getting the first mover's advantage with the A3 since the CLA-Class sedan is yet to be launched in India. They said that isn't exactly true since they have had the Mercedes-Benz A-Class and the Mercedes-Benz B-Class in India for over an year now.

From a rather broad point-of-view, I agree with them. However, one can not discount the fact that the A3 is a sedan whereas the A-Class and the B-Class are hatchbacks. Call it the Indian mindset if you will, but here, sedans trump hatchbacks. Long story short, Audi A3 won't exactly face much competition till the CLA-Class arrives here.

b. Mercedes-Benz CLA-Class in India

This brought me to question the delay in bringing in the CLA-Class, which seems to be quite important in the company's grand scheme of things. At first, they said they brought in the CLA 45 AMG before the standard CLA-Class sedan because they want to establish the brand and make the CLA synonymous with desirability and be known for its oomph and excitement. It was, however, revealed after some more candid words that because the CLA has been a hit across global markets, and is high in demand, it has been a tad bit difficult for Mercedes-Benz India to get units allocated for our market. 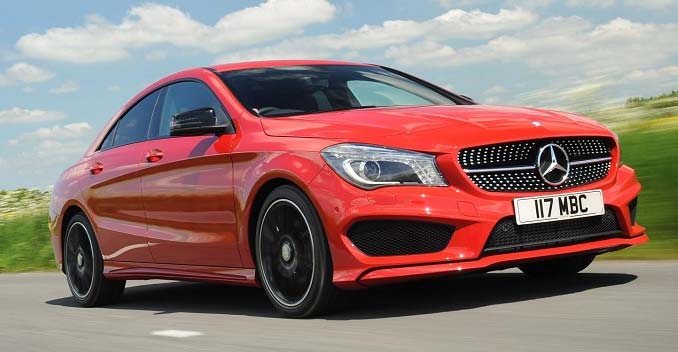 Though I am not sure why the Mercedes-Benz CLA 45 AMG was brought in before its standard sedan version, I am sure that it wasn't to enter the dog fight. Its design and the way it has been sculpted marks the departure from traditional (read: conservative) Mercedes-Benz design. It is both, sexy and sensuous, and inside it, beats a heart with just the right kind of firepower. I am convinced that its large image and charm will rub off on the standard CLA-Class too.

It is no secret that the Mercedes-Benz brand has never been associated with affordability, but that's about to change, thanks to the GLA-Class. Audi and BMW already have their relevant products in place, i.e. the Audi Q3 and the BMW X1. Stepping up to the challenge, the Stuttgart-based manufacturer came up with its own affordable urban SUV aka the GLA-Class, which is also set to arrive in India pretty soon. Though Mr Kern dodged any questions about the GLA's launch in India, I will have you know that it won't be long before it lands here. Since we will get to drive the Mercedes-Benz GLA-Class mid-September, I would say Merc will launch the car in India by October, 2014. 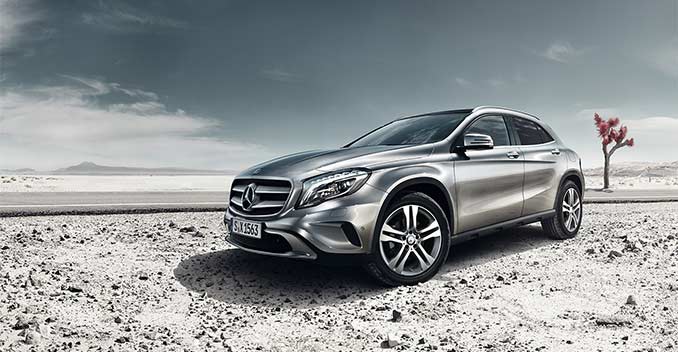 I didn't get a chance to speak to Mr Kern and Mr Fitz about the new Mercedes-Benz C-Class, but you ought to know that it will be the company's mainstay after the E-Class. Hailed as the 'mini S-Class', it will put Merc right back in the game where Audi has been an effortless charmer and BMW has gained more traction with the new 3 Series.

That said, the other brand Mercedes needs to be vary of is Jaguar. The British luxury carmaker will soon debut the Jaguar XE, which is going to be its most affordable car.