Nissan Kicks 2019: The new Nissan Kicks line-up in India will have four variants and 12 colour options across the range. 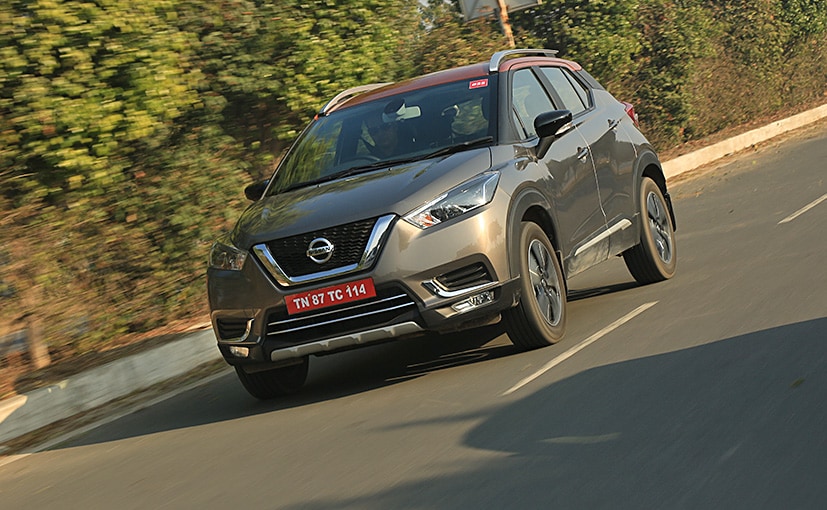 View Photos
Nissan Kicks 2019: The India-spec Nissan Kicks is larger in dimensions than the global model.

It's just days left to the launch of the all-new Nissan Kicks 2019 and the brochure of the upcoming compact SUV has surfaced online. The new Kicks will be launched with four variants- XL, XV, XV Pre and the top-spec XV Pre (O) both in the petrol and diesel range. While the top-end XV Pre (O) is sure to get the most bells and whistles, even the base XL trim in this new one is pretty well packed. It gets features such as LED daytime running lights, height adjust for the driver's seat, power windows, power-adjustable wing mirrors with integrated turn indicators, automatic climate control, rear AC vents and Bluetooth connectivity for the audio system which is linked to four speakers for the audio output. Nissan Kicks 2019: The Japanese carmaker is offering the Kicks with a total of 12 colour options

The top-end XV (O) variant of the Kicks is equipped with features like an 8.0-inch touchscreen infotainment screen which supports Apple CarPlay and Android Auto, 360-degree camera view which is a segment first feature and a big aid to nip through tight spots or while parking. Nissan is offering the Kicks with a total of 12 colour options- Pearl White, Blade Silver, Bronze Grey, Amber Orange, Deep Blue Pearl, Night Shade and Fire Red while the top end variant also get dual-tone finish as optional such as  white with orange roof, white with black roof, grey with orange roof and red with black roof.