What Is CVT (Continuous Variable Transmission) And How Does It Work? 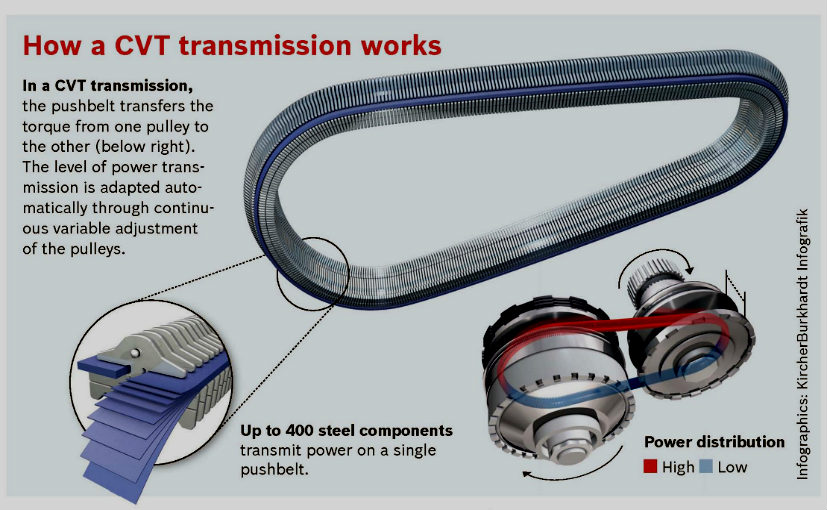 CVT! Most of you would have heard of this term when you wanted to buy a gearless scooter or an automatic car. It stands for Continuous Variable Transmission, one of the forms of automatic transmission on a two-wheeler and four-wheelers as well.

A brief history of the CVT

You be surprised to know that it was the great inventor and artist, Leonardo Da Vinci, who first drafted the first ever sketch of a device which would be the CVT's earliest model, in 1490. Fast forward to 450 years and the first time CVTs were seen on DAF cars in the 1950s. It was only 2000s when CVT  came to fore in cars and gearless scooters. 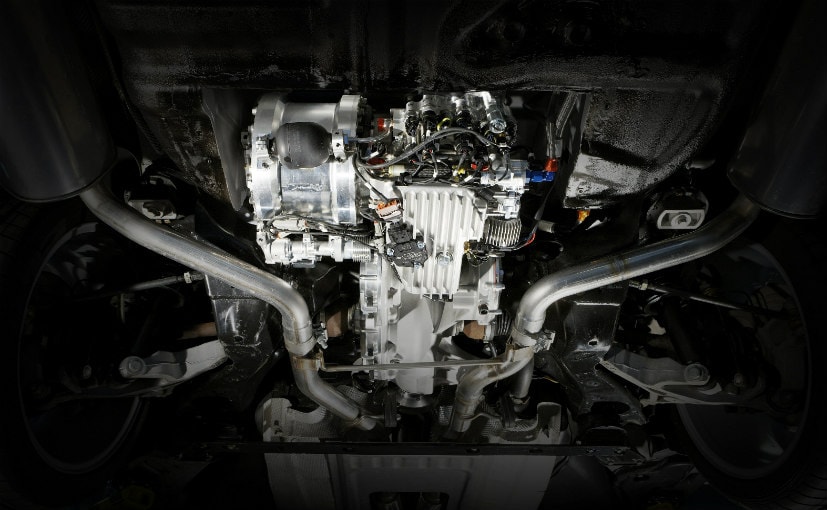 (A CVT system installed on a vehicle)

How a CVT unit works?

Unlike a conventional automatic transmission system, the CVT does not make use of gears. Instead, it has two pulleys, whose diameters are variable and are connected by a belt or a chain. One end is connected to the engine and the other one is linked to the wheels, where the power is delivered. The pulleys are movable and as they come closer to each other, the belt or the chain rides higher making the diameters of the pulleys larger and vice-versa. 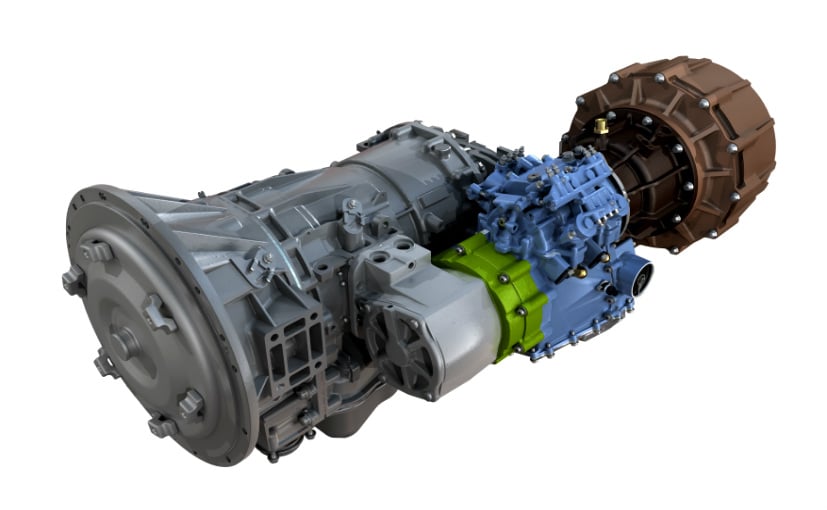 (A model of a hybrid CVT system)

When the Input Pulley is becomes smaller and the output pulley becomes larger translates into a lower ratio (which is the number of times the shaft spins for every revolution of the engine, hence a ratio). While the car gathers momentum and accelerates, the pulleys keep varying their diameters and lower the engine speed (RPMs) for relaxed cruising or climbing up the revs for quick overtaking.

How does a car with CVT feel to drive?

Every car with a CVT will have these markings on the gearknob. P-R-N-D-L (Parked-Reverse-Neutral-Drive-Low) which are self-explanatory except for the 'Low' which means low ratio. When you engage the 'Low' function, the car revs higher and generates more torque which might be required for pulling load or climbing a slope or getting out of a stuck situation. Of course, there are just two pedals (Brakes and accelerator) in the footwell, which might be disconcerting for people who are used to having three pedals (the clutch included). When you step on to accelerator, the car revs really high, this is normal and then settles down after the momentum has been built. One does not feel the car shift gears or a sudden lurch upon acceleration because there are no gears to begin with.