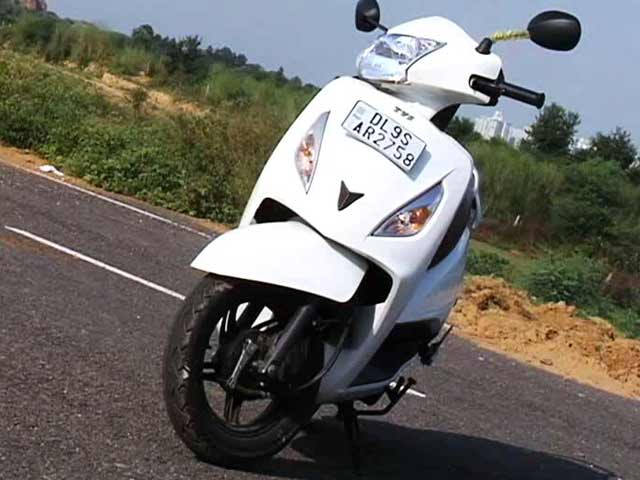 TVS Jupiter BS-IV compliant, the popular 110 cc scooter from the home-grown two-wheeler manufacturer has been launched in India with an updated BS-IV compliant engine. The prices remain unchanged with the base variant launched at Rs 49,666 and the top-of-the-line ZX variant with disc brake priced at Rs 53,666 (All ex-showroom, Delhi). The design is simple yet it has an appeal to it, styling is done aptly which lends elegance to the scooter. It somehow does not fit in as a scooty as it is bestowed with considerable dimensions measuring 1834 mm long, 650 mm wide and 1115mm high. Ground clearance is just right at 150mm and wheelbase stands at 1275mm. Up front, Jupiter features vertical creases, a triangular shaped air vent in the middle and elongated twin halogen head lamps equipped on either side. Instrument cluster is clearly visible with bold numbers, vivid back light and large indicators. Moreover, the instrument cluster provides necessary information to the rider as it comes with a trip meter, headlamp indicator, pass light, econometer, low fuel indicator and fuel indicator. The view from side is a bit too mundane hence it appears a tad dull. Rear on the other hand features a fuel filler cap just like Wego. LED tail lights, clear lens indicators and large silver painted grab rail are also fitted at rear.

As mentioned in the beginning, mechanical strength is sapped from the same mill that does duty in Wego. Displacing 109.7cc, the four stroke, air-cooled engine features single cylinder. Power generation is restricted to 7.9 Bhp at 7500 RPM along with 8 Nm of torque at 5500 RPM. A primary CVT and secondary gearbox is mated to the engine performing transmission duties.

Slight changes made to the engine and transmission result in improved mileage and performance. The scooter can be exhausted to the limit of 80 kph, although post this, it starts feeling a tad shaky. Claimed fuel economy for Jupiter under regular circumstances is 62 kms in a litre.

Disc brakes are missing which is quite evident in the braking action, riders have to make do with 130mm drum brakes in front and rear. Alterations made to the engine and gearbox has considerably reduced vibrations and noise encountered in Wego. The front telescopic shock absorber and gas charged shock absorber at rear balance weight quite well. The scooter remains stable even on erratic surfaces.

The 110cc scooter segment has many contenders but only a few are notable. Among the potential rivals posing a threat to Jupiter, Honda Activa, Hero Maestro, Mahindra Gusto and Yamaha Fascino are included. Leading with the highest claimed fuel economy and a couple of other attributes, the affordably priced Jupiter is a viable option in 110cc segment.

TVS Jupiter Price in Other Cities

TVS Bike Dealers in Other Cities