The collaboration between two iconic British brands, Brough Superior, known as the Rolls Royce of motorcycles, and Aston Martin, is nearing production. 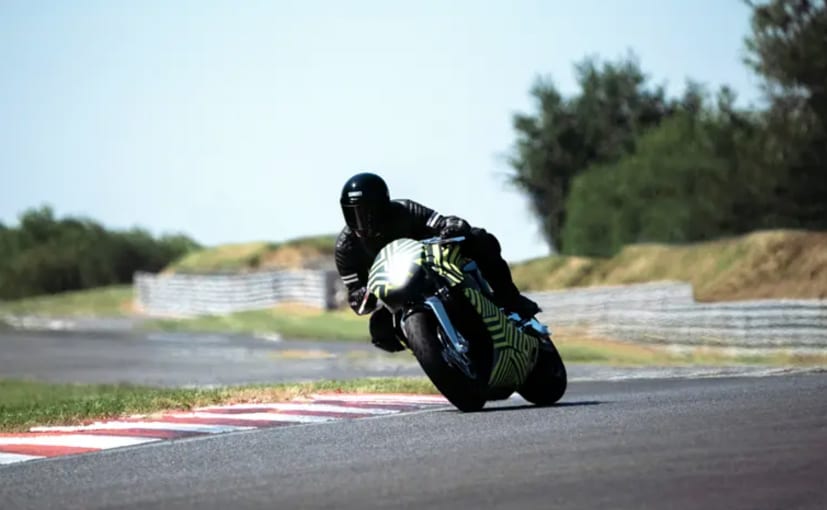 Aston Martin and Brough Superior have started testing a prototype of the AMB 001, an exclusive turbocharged, track-only motorcycle. Deliveries for the AMB 001 are expected to begin sometime by the end of 2020, and only 100 bikes will be built. The AMB 001 will be priced at 1,08,000 Euros (over ₹ 91.56 lakh under current exchange rates), and features a turbocharged 997 cc V-Twin motor with 180 bhp of power. With Covid-19 setting off manufacturing plans and even motorcycle shows being cancelled across Europe, it's still unclear whether the AMB 001 will make it to production as scheduled. According to Brough Superior CEO Thierry Henriette, "One of the key design features of the AMB 001 is an Aluminium fin that runs along the full length of a carbon fibre tank, passing under the saddle and out onto the rear. The body holding the fin and supporting the saddle is one of the areas where we called on the unique knowledge of Mecano ID, who joined the project to apply specialist aerospace-quality carbon fibre skills to the exclusive AMB 001."

Aston Martin's Executive Vice President and Chief Creative Officer, Marek Reichman said, "Everybody involved has managed to make tremendous progress with the development of the AMB 001, despite the challenges we have all been facing. This special motorcycle is, like our road cars, the result of beautiful design melding with modern technology to produce a bike that any collector will be proud of. We are delighted to see how much progress has been made, both on and off the track and look forward to the moment when production starts for this stunning machine."

A video released of the prototype shows the AMB 001 in the distinctive Aston Martin camouflage being tested out on the Pau-Arnos circuit in southwestern France. A CNC machined frame bolts directly on to the engine, and a carbon fibre rear sub-frame with titanium interfaces. The wheels are of forged Aluminium and the front suspension is a double wishbone design, machined out of billet Aluminium. Also integrated in the bodywork are winglets which aid in downforce at high speeds.