The former England captain pleaded guilty to the charge after he was photographed by a member of the public holding a phone as he drove his Bentley in "slow moving" traffic in London on November 21, last year. 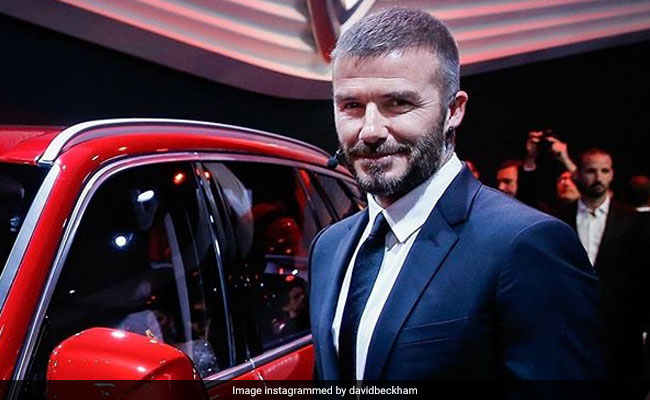 English footballer David Beckham has been handed a six-month driving ban for using his mobile when he was behind the wheel. The former England captain pleaded guilty to the charge after he was photographed by a member of the public holding a phone as he drove his Bentley in "slow moving" traffic in London on November 21, last year. Beckham was at Bromley Magistrates Court, south of London earlier this week, where he was given the six month ban, fined 750 Pounds, and was ordered to pay 100 Pounds to prosecution costs and a 75 Pound surcharge fee within seven days.

The 44-year-old already has six points on his licence from his previous offences for speeding and now gets six more. Beckham pleaded guilty to the charge and said there is no excuse for what happened. However, the former Manchester United player also said that he had "no recollection of the particular incident."

While the district court Judge Judge Catherine Moore said she acknowledged the slow pace of the traffic, she did also say that there was "no excuse" under the law. Prosecutor Matthew Spratt said: "Instead of looking straight forward, paying attention to the road he appeared to be looking at his lap." Beckham's lawyer Gerrard Tyrrell further stated that the footballer found driving relaxing. He said, "He takes his children to school each day and picks them up when he can. To deprive him of that is something he will acknowledge."

The short but important ban on David Beckham reiterates why need to avoid using our phones behind the wheel. The incident should serve as an example to drivers across the globe that safety can't be ignored even if it is in slow moving traffic.