The technology will be used in vehicles which will be able to detect motorcycles approaching from behind and trying to filter between lanes. 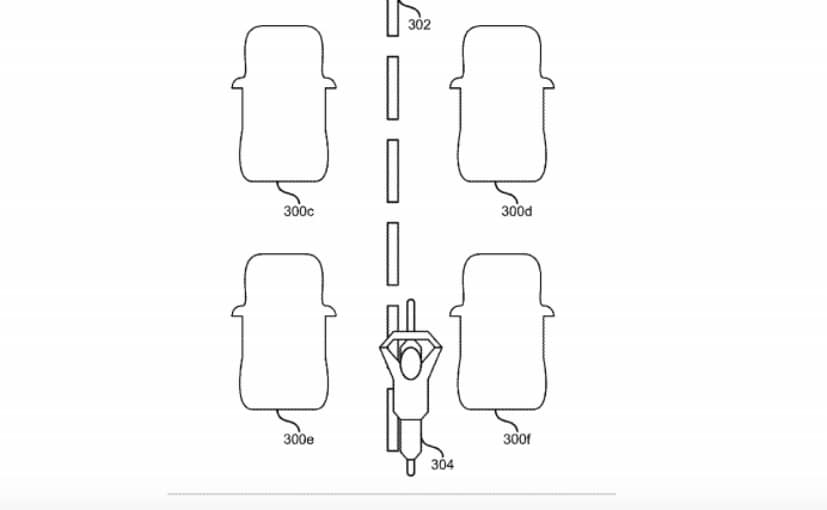 Ford has filed a new patent that uses cameras and other sensors to help a vehicle detect motorcycles filtering between lanes, calculate how quickly they are approaching and automatically stop the car from changing lanes if the motorcycle is too close. Ford has filed a patent and the technology is to be included in future cars, and includes two cameras on a vehicle, each mounted to the rear corners of a vehicle. These cameras will be tasked with looking out for motorcycles and two-wheelers filtering through traffic, as well as through two lanes of four-wheelers.

Ford's patent will use several rear-facing cameras linked to a controller that is further connected to the vehicle's advanced driver assistance features to trigger automatic steering or braking when a motorcycle is detected in the inter-lane region. The system works by converting and transmitting the video feed into the on-board electronics of the vehicle in pixel form. The electronics then interprets the speed of the motorcycle by the amount of dark pixels in the specific filtering area and triggering an auto-pilot system in the car which stops the vehicle from moving out of its lane.

According to the patent filed, the system can be used in both autonomous (self-driving) and standard cars, but doesn't mention when the technology will actually be implemented in production models. Filing a patent doesn't necessarily mean that the technology will be developed into a full-fledged product or service, but we are really hopeful that such safety features are introduced in the interest of the safety of our two-wheeled community.