The Gujarat police issued a fine of Rs. 100 towards actors Warina Hussain and Aayush Sharma, for riding a two-wheeler without a helmet while promoting their upcoming film. 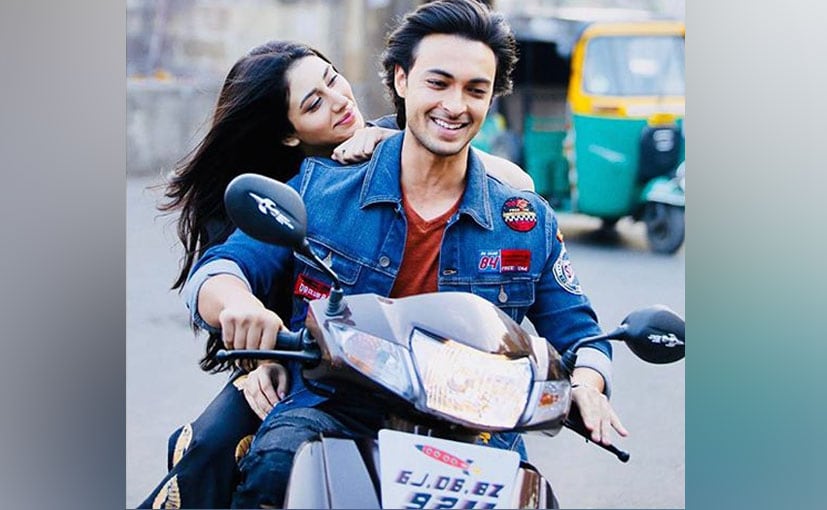 Celebrities are time and again brought under the radar for flouting rules but never fined; something which would otherwise be imposed on regular citizens. However, debutant actors Warina Hussain and Aayush Sharma weren't allowed any leeway by the Vadodara Traffic Police recently. The lead actors of the upcoming movie Loveratri were fined ₹ 100 each, for riding a two-wheeler without a helmet as per a news report. Warina and Aayush were in the city to promote their upcoming film and the two-wheeler ride was part of the promotional event. However, wearing a safety gear should come irrespective of a promotional event or a regular ride. The Gujarat police thought so too, and hence decided to penalise the upcoming stars in a bid to set an example.

Images of both the actors riding without a helmet gathered a lot of flak on social media, with users raising the fact that the actors weren't obeying traffic rules. The city of Vadodara mandates wearing a helmet for both the rider and pillion. The new report further stated that the Gujarat police wanted the actors to understand that it is their responsibility to follow traffic laws, and hence, a memo was issued at their hotel.

Films, whether Indian or international have also been known to flout rules as far as car or motorcycle safety is concerned. It isn't too surprising to see actors not wearing a seatbelt or helmet in a particular sequence. Examples are aplenty including Tom Cruise in the Mission Impossible series, Vin Diesel in the Fast and the Furious series, Hrithik Roshan in Krrish, Salman Khan in Sultan, Akshay Kumar in Holiday or Kangana Renaut in Tanu Weds Manu.

The celluloid leaves a lasting impact and their respective fans, especially children, and teenagers do tend to mimic the same actions in real life too. In a contradicting move, a lot of these actors promote safe riding and driving off camera. But, clearly, there's more left to be desired when it comes to actually following the rules. The report also states that the film's producer, actor Salman Khan, is among several defaulters who haven't paid their fines for violating traffic rules.

.@kunalkemmu You love bikes, we love every citizen’s safety. And we wish a regret could avert mishaps! Hope next time the realisation won’t be an afterthought! An e - challan has been dispatched https://t.co/PSZsLZY04b

Earlier this year, the Mumbai Traffic Police issued an e-fine against actor Kunal Kemmu for riding a bike without a helmet after images of him were put up on social media. Actor Varun Dhawan was issued a warning last year after he was seen taking a selfie with a fan in a traffic jam from his car.