Deliveries of the MonoRacer 130E enclosed electric motorcycle are expected to begin in Europe from September 2020. 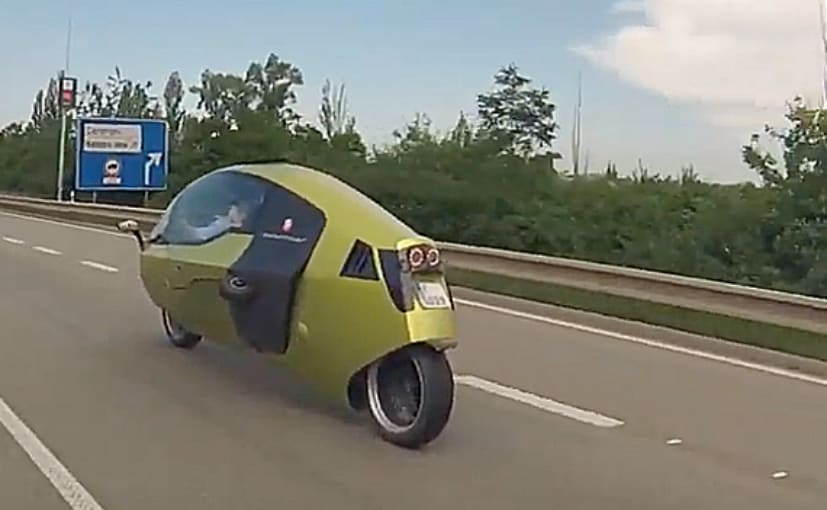 The MonoRacer 130E prototype, an electric motorcycle with an enclosed cabin, is set to get EU certification and will be delivered to the first customer in September 2020. And the almost production spec MonoRacer 130E was taken around the Masaryk Circuit near Brno in the Czech Republic by founder Arnold Wagner. The Czech company traces its roots back to the 1980s, but the MonoRacer first made its debut as a production model in 2005. The unique motorcycle has two additional wheels which come down from the side like landing gear to allow it to remain upright when stationary.

The MonoRacer 130E prototype on a test ride around the Masaryk Circuit near Brno:

Wagner is known as the father of modern cabin motorcycles and is the inventor of the two-wheeled motorcycle where the rider is enclosed in a cabin. He started designing, building and selling his Ecomobile, MonoTracer and MonoRacer cabin motorcycles since 1980 at his Peraves AG factory in Switzerland, and from 1993 onwards together with Gustav Prochazka at Peraves, the Czech Republic.

The new MonoRacer 130E features a fully electric motor, along with a sleek and streamlined body shell, and will not be an affordable product. The 130E will have a price of 79,500 Euros (around ₹ 69.50 lakh) with a two-year full guarantee. Optional extras such as door remote control and an additional battery will hike the price up to 90,000 Euros (around ₹ 79 lakh). Range is claimed at 400 km, although the company has not revealed any detailed specifications yet, top speed is claimed at a whopping 240 kmph. US-based Lightning Motorcycles has also been working on the concept of enclosed motorcycles, and the company's first fully-enclosed electric motorcycle has also been spotted on test.