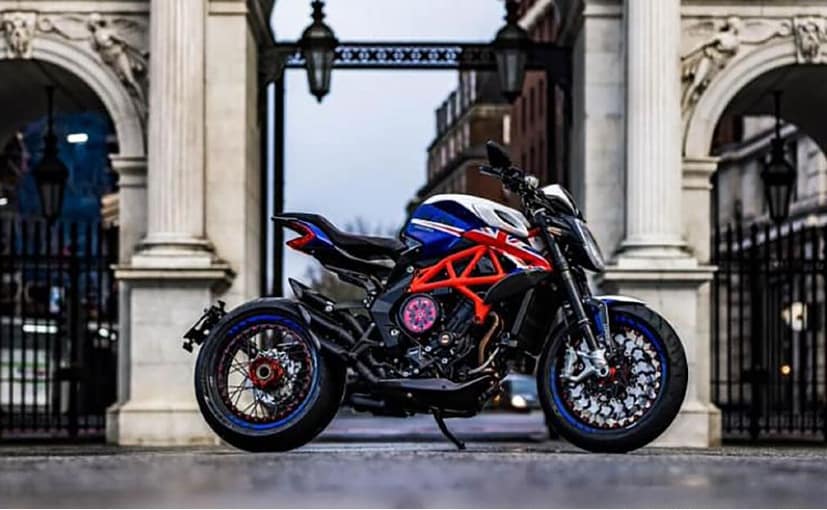 MV Agusta has commissioned a special edition one-off creation of its Dragster 800 RR model to celebrate the inauguration of its new store in London. Using the MV Agusta 800 RR SCS Dragster, the MV Agusta London Design studio customisation workshop worked with the Varese factory to produce a dedicated roadster for the UK. But you can't really call it a special edition model, or a limited edition series, because only one single copy of the bike will be built, to celebrate the opening of a new MV Agusta dealership in London, on Sloane Street. 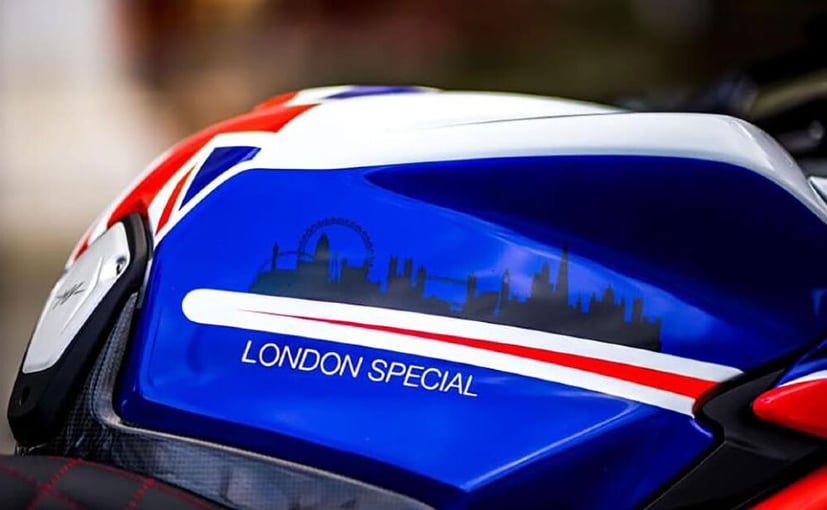 The fuel tank has decals showcasing the London skyline

The tank and the radiator scoops of the bike are coated with colours of the Union Jack, with a colour-coordinated frame. A London skyline graphic adorns the tank cutouts. Visible monuments on the fuel tank decal are the London Eye, Big Ben, Tower Bridge, and the Shard. The wheels receive a similar treatment with blue rims and red hubs and nipples. Red diamond stitching further distinguishes the Alcantra leather saddle and the red trellis frame and clear clutch cover. 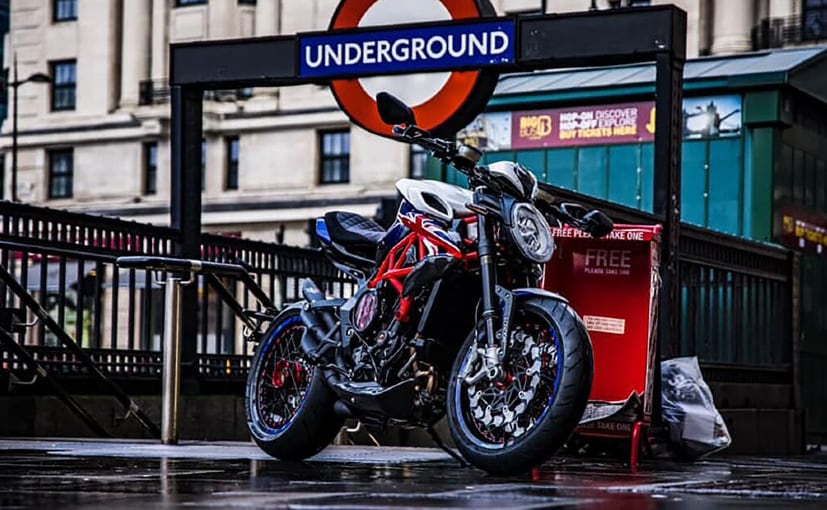 The Dragster 800 RR was updated earlier this year to meet the latest Euro 5 emissions. The 798 cc, inline three-cylinder engine maintains a 140 bhp output, but now gets diamond-like coating (DLC) inside the engine components, and new valve guides. The new inertial measurement unit (IMU) also powers the bike's cornering ABS, lean-sensitive traction control, wheelie control and adaptive headlight. So far, there's no word on price, and the one-off special edition model will be showcased at the new dealership, possibly to be picked up by a die-hard MV fan and collector for an undisclosed price.